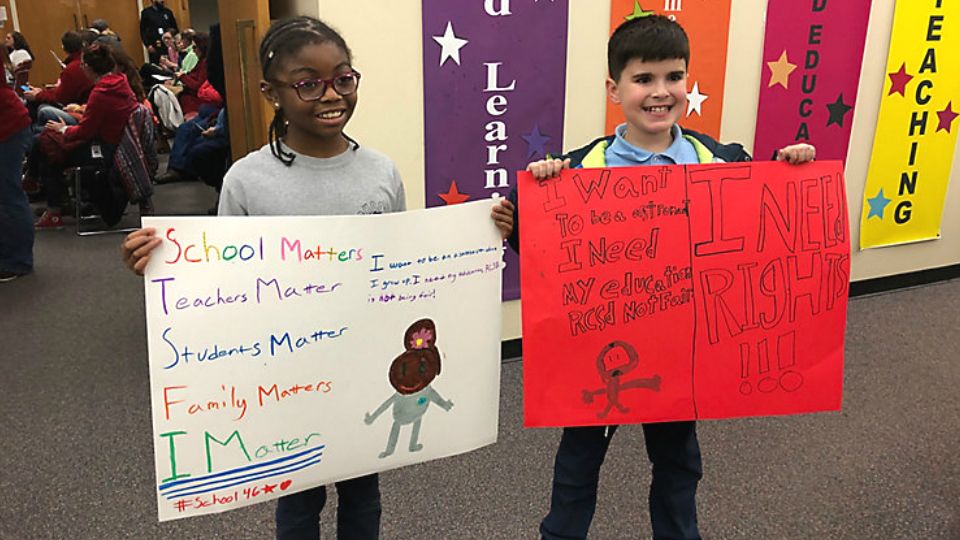 The Rochester Board of Education met for the first time Tuesday night after teachers and staff received layoff notices last Friday.

More than 60 people spoke during the board meeting about the proposed cuts for the district, the first round of cuts to help close a multimillion dollar budget gap.

It’s a packed house tonight at the RCSD Board of Education meeting on Finance. The room is filled with students, parents, teachers and staff. This is the first meeting since layoff notices were given out Friday. @SPECNewsROC pic.twitter.com/2A93Wwx51D

Testimonies were emotional at times from students, parents, and school staff members.

Felicia Riley, a grandparent with students in the school system said, "I’m here to support the teachers, my grandson’s teacher got the news that she’s one of the teachers that’s being laid off."

Riley added that the teacher is like family to her and they really built a good relationship over the last few years.

Other parents say the proposed cuts will hurt the district and students.

Shelly DiMartino, a parent and staff members of RCSD said, "I emailed the superintendent myself and said please, this just cannot happen, this just cannot be done because these are our kids and they’re important."

The common message from those speakers tonight was that “mid-year cuts are not the right choice” for the district and students.

Superintendent Terry Dade tells Spectrum News he supports what the students, parents, and teachers are doing by speaking.

Dade added that some suggestions given by the speakers are feasible for the budget process.

The superintendent says if nothing is done, the $30 million shortfall will turn into $64.8 million by the end of the school year.

Dade has been in talks with local assembly members about the budget crisis with hopes of building support to lobby for $25 million in state funding to help bridge the budget gap.

The district was able to recoup $20-25 million before the staff cuts which accounts for 44 percent of what's needed to close the deficit.

Dade said the only way to save staff members from being cut is if at least $40 million is given to the district.

"I'm looking for the same community that came out tonight to lobby with me for additional state funding, again I've been asking for this since the end of September, now is the time for us to really come together on behalf of the RCSD community to get the state funding support that we need at this time," said Dade.

The superintendent is scheduled to talk with more lawmakers, including Congressman Joe Morelle, soon and the Board of Education will vote on the proposed cuts at its meeting on December 19.