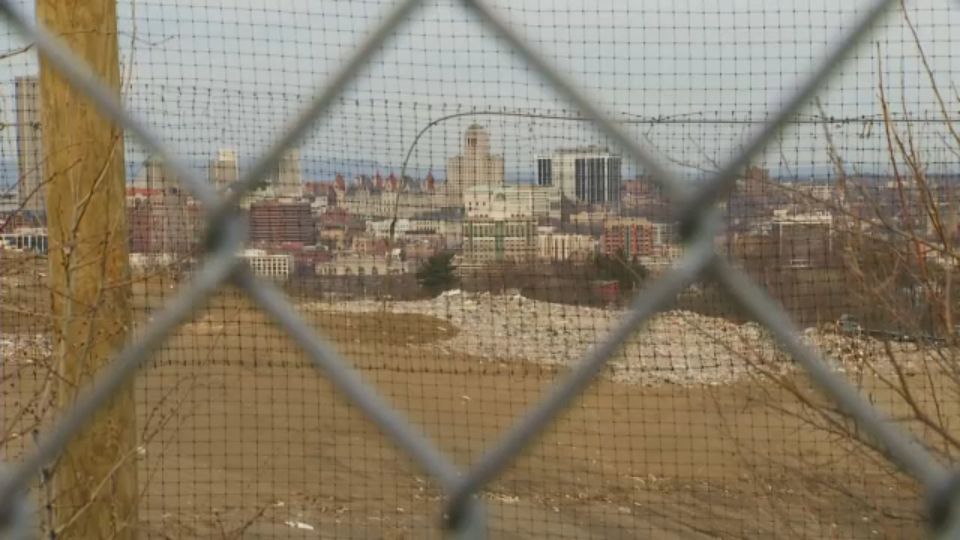 Environmental activists, homeowners, and others in Rensselaer and East Greenbush are calling for the immediate closure of the Dunn Landfill in the city of Rensselaer.

The Rensselaer Environmental Coalition says it’s been calling on the state Department of Environmental Conservation, Governor Andrew Cuomo, and other lawmakers about the immediate impacts of the landfill on their health, the health of their children, and their qualities of life.

It was standing room only at the Rensselaer Public Library Saturday afternoon, calling on the governor and local lawmakers to do something about the health impacts, noise, and smell from the Dunn Landfill — which sits adjacent to the city schools.

"The one thing the people requested was for the DEC to come to come to a public forum and face the people," said Mayor Mike Stammel. "Do what the people ask for, that's the most important thing."

Stammel has been in the fight since its inception — when a small group of people brought the potential impacts of the landfill to his attention back in 2012. Now, at the helm of the city of Rensselaer, he's hoping to get them answers and change. Stammel says he's working with a couple of state lawmakers on this issue, but wants Congressman Paul Tonko to step in.

The coalition says there is no phone number for people to contact the DEC about Dunn Landfill complaints, so they set up a map on ItStinks.org for homeowners to record complaints on their own. Since June 20, 2019, 1,062 people have posted.

Heather Trentacosta says she moved her family here from Queens never thinking fresh air would be an issue in upstate New York and now all of her kids are sick. She's even pulled one out of school altogether.

"[They have] constant sore throats, breathing problems, stomach problems," Trentacosta said. "My daughter's been sent home several times for vomiting in school in front of the school nurse,"

Trentacosta says she's doing everything she can to keep them healthy, but it's taking a toll and she wants answers about why the landfill was allowed to open in the first place.

"[I'm] disgusted, angry, frustrated — I feel helpless," Trentacosta said. "I'm thankful we have some officials to advocate for us but until I see real action or impact or effect on the landfill and their operations, I will continue to feel all of those negative things.

The DEC will be at a workshop on Thursday, the 27 in the Rensselaer City School District cafeteria. Members of the East Greenbush town board were on hand Saturday and say their board is unanimous in wanting the landfill closed. They are hosting public comments of their own on March 11.

Spectrum News reached out to the DEC, Governor Cuomo's office, and Congressman Tonko to see if they are looking into these concerns, but we have not heard back just yet.