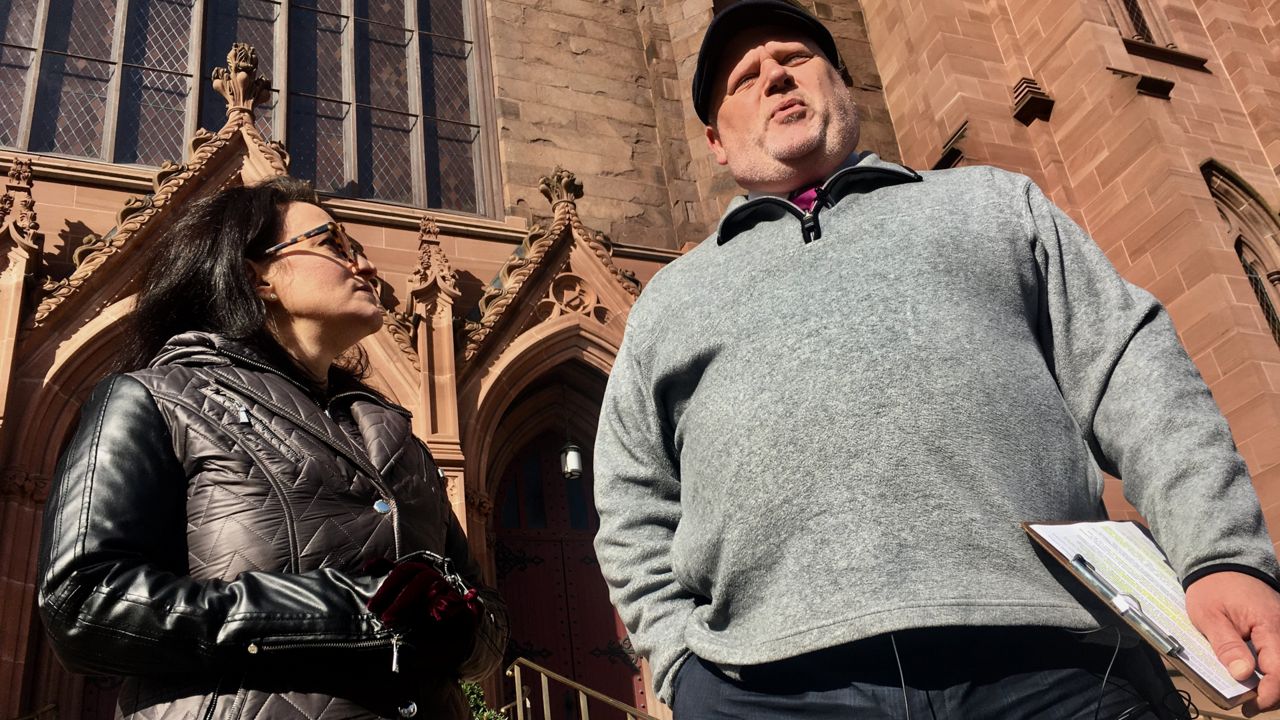 "Since Father Leroux is deceased, we also want to point to those who were complicit in our client's abuse," Faluszczak said, a former priest and victim of sexual abuse.

Faluszczak and George, who filed a lawsuit that names Hubbard, the Roman Catholic Diocese, and other parties on Monday, say their client was abused by Leroux as a teenager while staying at a former retreat house in Glenmont in the late 1950s.

"The Jesuits allowed or made it possible for Father Leroux to enter the bedchambers of these children," Faluszczak said.

When the client reported the alleged abuse to Hubbard, a young seminary student at the time, they claim he covered it up.

In a statement released earlier this week, Hubbard denied the allegations.

Representing a now an 80-year-old Albany man, Faluszczak and George say their client was abused as a teenager more than 60 years ago by former Albany priest Father Edward Leroux while staying at this former retreat house in Glenmont. Leroux passed away roughly 15 years ago. pic.twitter.com/1uvxYxB7Ao

“I was just graduating from high school in June 1956,” Hubbard wrote. “I did not even enter the seminary until the following fall, and I was not ordained as a priest until 1963. No one ever came to report an allegation of clergy sexual abuse to me during those years.

"We obviously believe that's not true," Faluszczak said in response to Hubbard’s statement.

Hubbard has also denied three other allegations of sexual abuse levied against him earlier this year.

More than 60 years after the alleged abuse, Faluszczak and George say their client still struggles with the impact.

"The trauma that results from these childhood assaults torments them and haunts them for decades to come," George said.