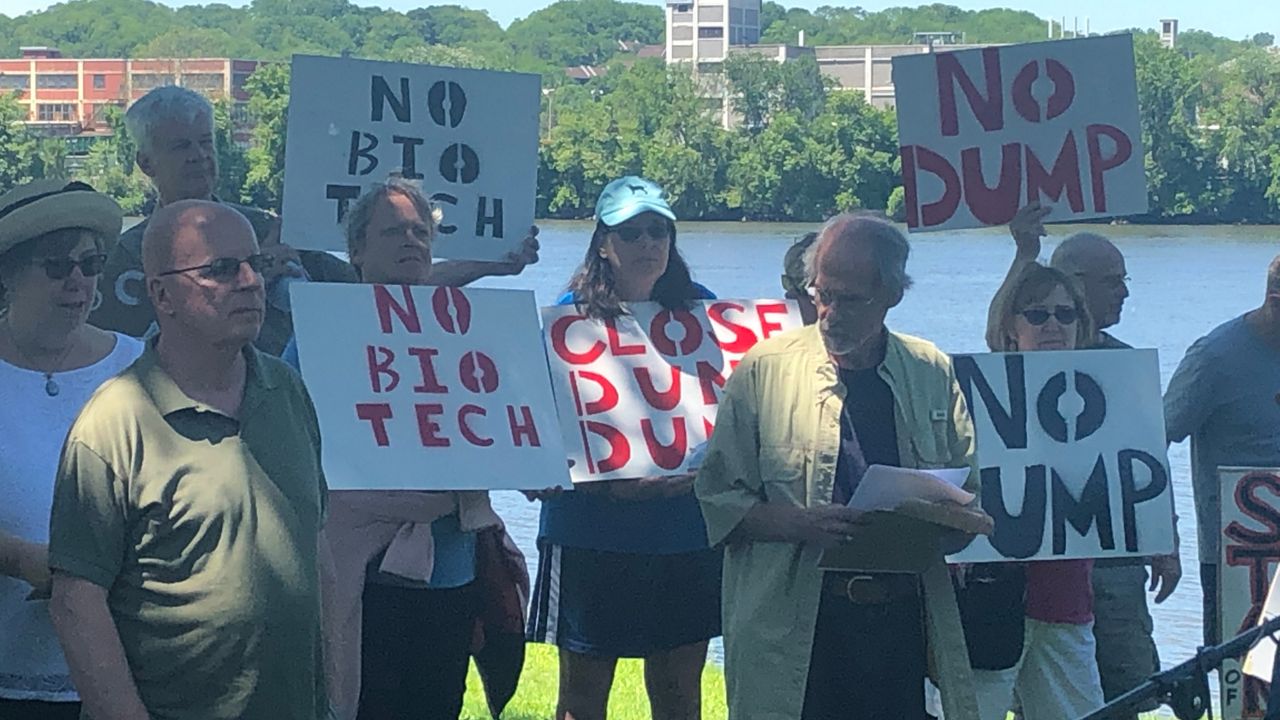 A group of concerned homeowners, environmental experts, and one Rensselaer County official, came together Saturday morning to explain their oppositition to the proposed BioHiTech facility on the former BASF dye manufacturing site.

Dozens of people are calling on the city to immediately close the Dunn Waste Facility and they want an environmental impact study done by an independent source on the proposed facility.

The study would go on the BASF dye manufacturing site, where an ongoing cleanup effort along the Hudson River for toxic heavy metals, byproducts from the facility, is already underway.

"I am advocating the immediate closure of the Dunn landfill," said Judith Enck, a former state EPA Administrator for Region 2.

Enck was met with cheers. She is just one of many speakers calling for the closure of the Dunn Waste Facility, and in opposition for the proposed BioHiTech facility.

Rensselaer Mayor Rich Mooney says part of the permitting process includes the DEC's approval, not just the EIS conducted. But Mooney says he has heard from homeowners concerned about traffic, noise, pollution, and other environmental impacts on the historic neighborhood.

Enck says it's unclear what kids going to school near the Dunn waste facility are breathing in each day.

"We don't know exactly what's in the dust, but we do know construction and demolition debris contains absestos, lead, and other contaminants," Enck said. "And I honestly think if this was a more affluent community, the landfill would not have been cited here."

Enck says if it had been cited in a wealthier community, she believes the governor would've stepped in by now.

But school superintendent Joe Kardash issued a report which says they've been working with the county, the DEC, and the Dunn facility to ensure the kids are not exposed to toxic dust or hydrogen sulfide.

There are sensors on the school and other testing being done. But those calling for the closure of Dunn, and who don't want the BioHiTech facility to move forward, say that's not enough.

Chairman Stammel introduced a county law Saturday for a one year moratorium on all solid waste facilities, which he says the County Legislature is behind.

We also reached out to the DEC to see where the BioHiTech facility is in the permitting process, they responded in part:

"... [The] DEC [is] determined the application is incomplete and is awaiting additional information regarding the facility operations and proposed emissions."