A couple walks in floodwater along Ocean Drive following the effects of Hurricane Isaias in Caswell Beach, NC on Tuesday, August 4, 2020. (AP/Gerry Broome)

The last hurricane to make landfall along North Carolina's coast was two years ago.

It was the third hurricane to make landfall in the state in just under two years. 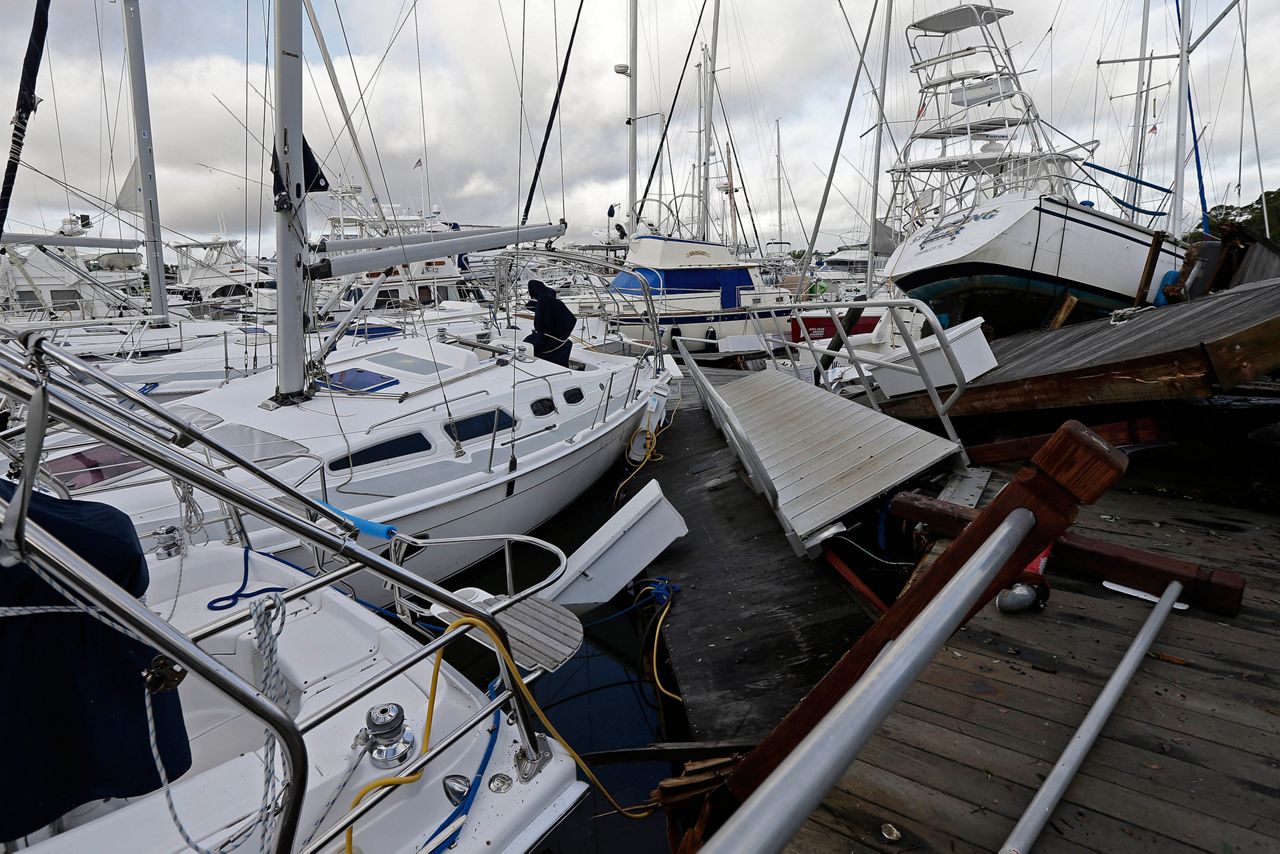 Boats are piled on each other in the marina following the effects of Hurricane Isaias in Southport, N.C. on Aug. 4, 2020. (AP/Gerry Broome)

The storm surge from Hurricane Isaias was quite destructive along the coast of Brunswick County in North Carolina.

It caused extensive damage in Southport to boats at the town's marina.

Lead Meteorologist Mike Kochasic (pictured here at Southport, NC) and a few other folks on our team are out surveying damage from #Isaias. We will have more details on the damage in Southport and other areas a little later when all surveying is finished. #ncwx #scwx #ILMwx pic.twitter.com/8zva3qD68t

The highest wind gust in the state was measured at Federal Point in New Hanover County at almost 100 mph. 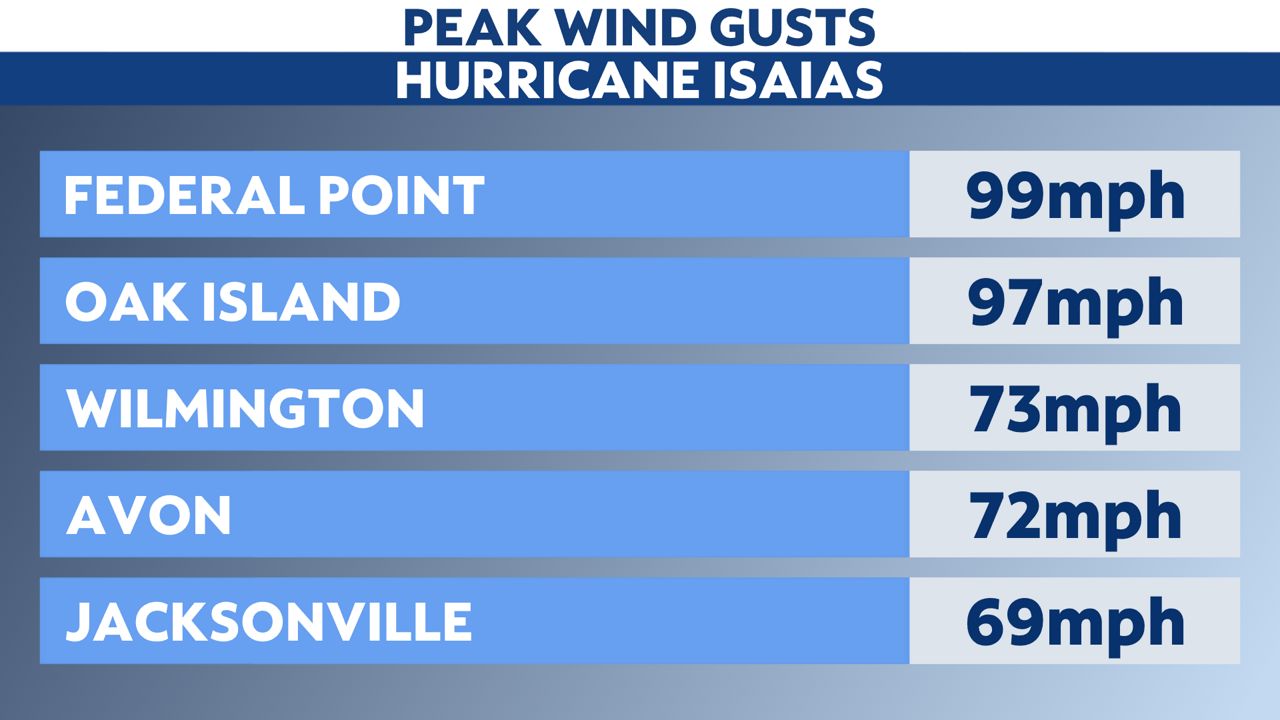 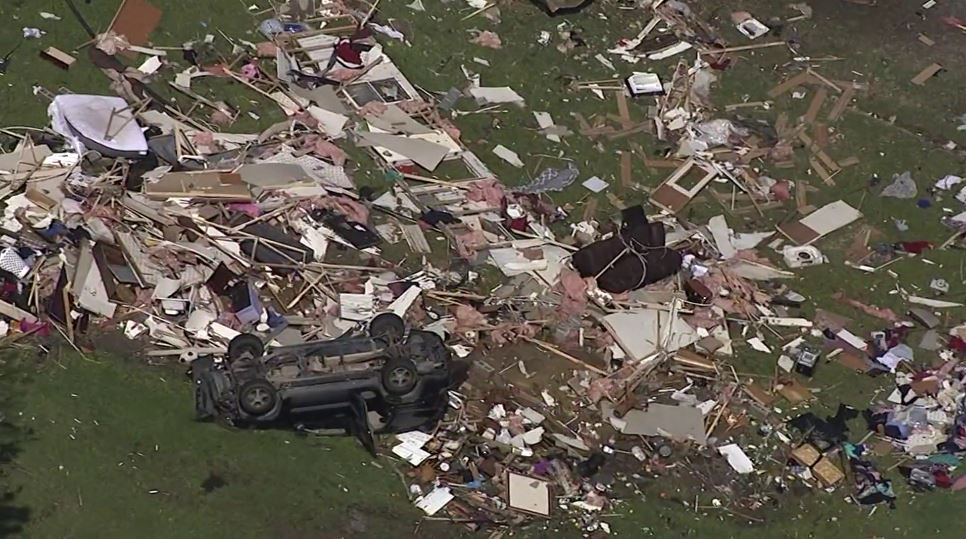 Debris left from an EF-3 tornado that struck Bertie County, N.C. on Aug. 4, 2020 as Hurricane Isaias moved through.

The strongest was in Bertie County where an EF-3 tornado touched down at 1:15 a.m. on Aug. 4, 2020. The tornado killed two and injured 14 near the town of Windsor. The tornado carved a 10-mile path of destruction and grew as wide as six football fields.

I met Eniajah, Ebony’s daughter, a month ago after the tornado hit. She was returning to get anything salvageable of moms from the trailer park. pic.twitter.com/86a356SRo3

In Beaufort County, an EF-1 touched down near Bayview for less than one mile with winds up to 105 mph.

Isaias quickly moved through the state, limiting the amount of flooding that we experienced. The highest official rainfall recorded was 5.06" in Oxford, about 30 minutes north of Durham.

The Outer Banks received as little as 0.35" from the system.