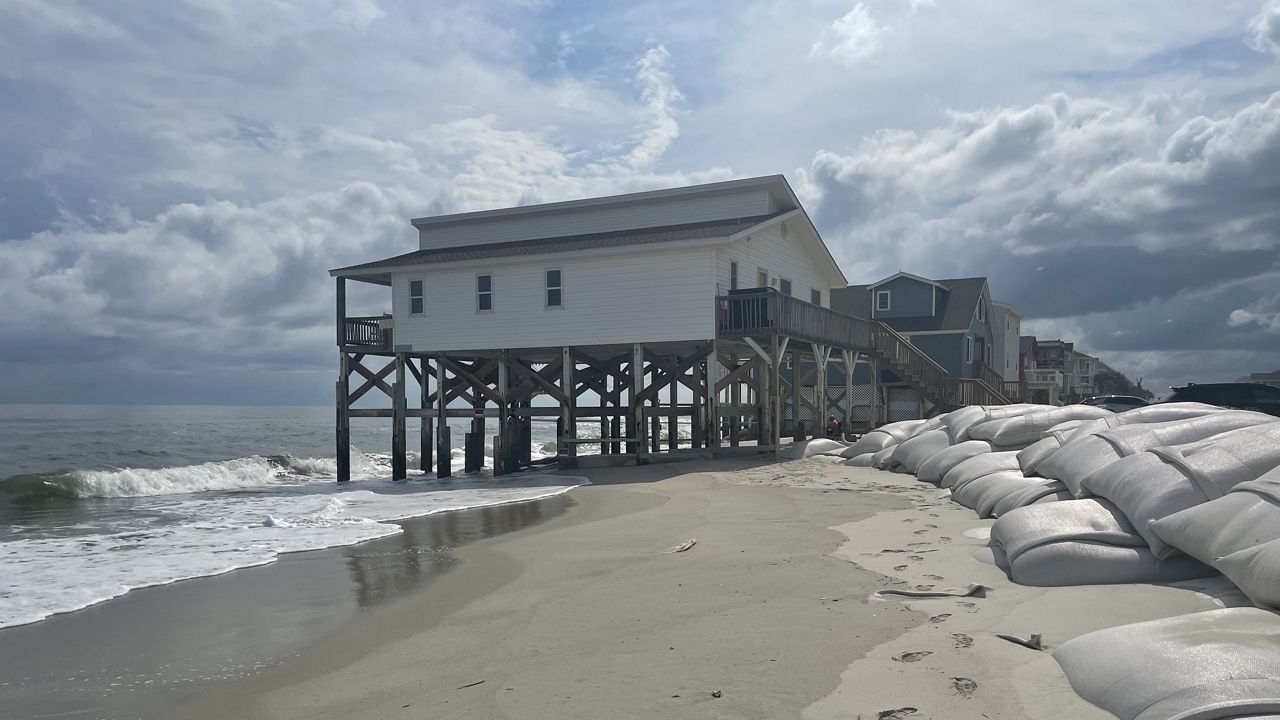 Storm surge could be an even greater concern in future hurricanes

That's how Toni Titone described the scene around Ocean Isle Beach last year following Hurricane Isaias. She owns two beachfront homes on the east end of the island, along with Barrie McMurtrie.

McMurtrie added, "I think you really don’t appreciate the power of the water. I know I didn’t."

The water caused significant damage that took Toni and Barrie, along with their neighbors and the town of Ocean Isle Beach, months to clean up.

Titone and McMurtrie told us there was a mountain of debris from that cleanup, estimated to be around 15 to 20 feet high and around a street block long.

Isaias was not the first storm to cause damage here. In recent years, Dorian, Florence and Matthew have all caused problems.

McMurtrie said, "They’re getting stronger, and obviously, it makes a bigger impact."

It was the storm surge that caused much of the damage along the coast in Brunswick County during Hurricane Isaias.

The surge in future storms could be worse.

Rick Luettich, director of the UNC Institute of Marine Sciences, describes why that's concerning, "It tends to be one of the most damaging property-wise, loss of life, and hardest to recover from associated with storms that hit coastal areas."

He adds the long-term consequences of a warming climate and sea level rise will be problematic for the coast due to higher storm surge. "More erosion, more flooding. More challenges in living in these areas and keeping property and infrastructure safe."

To protect their property from the increasing storm surge threat and even just higher than normal tides, Titone and McMurtrie have added sandbags along with ones the Town of Ocean Isle Beach placed further down the beach. 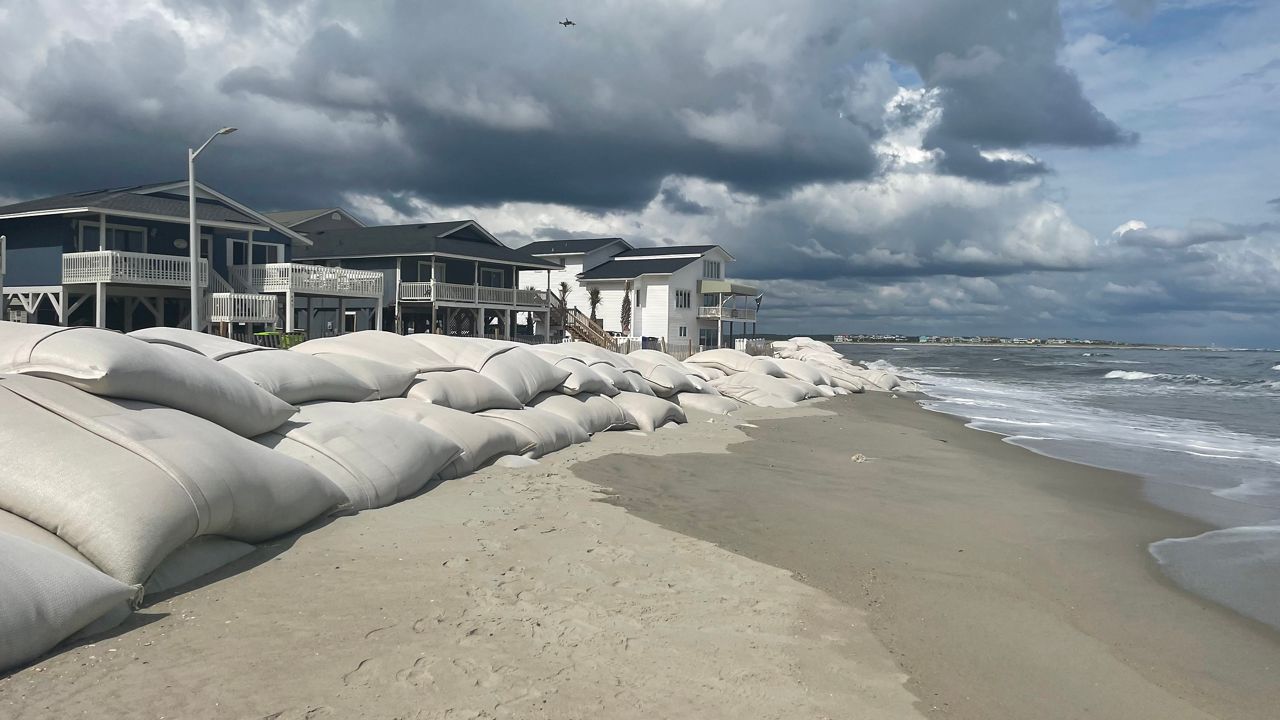 Sandbags added to protect the beachfront and homes on the east end of Ocean Isle Beach.

They pointed out, "The sandbags are basically our lifesaver. If this was not there, these houses would be impacted badly. And our house would probably be gone."

You may see more and more of these sandbags in future years when visiting Ocean Isle and other North Carolina beaches.

When you see them, property owners ask that you keep off as they can be slippery and dangerous.