Republicans should be in a good spot for this election, but the Supreme Court ruling on abortion over the summer and the investigations into former President Donald Trump and the Jan. 6 attack could help Democrats. (Spectrum News 1/Charles Duncan)

Politics can be predictable. In a midterm election, the opposition party tends to come out on top. In this case, that’s the Republicans who should confidently be able to take control of the House and Senate after November.

But 2022 is no normal year. At least that’s the thinking of three political scientists and public policy professors from Duke University who sat down with reporters this week to talk about the midterms.

Before the Supreme Court’s Dobbs decision overturning Roe v. Wade, the national races in North Carolina and around the country looked like a “classic” midterm, which would have been bad news for Democrats, said Duke public policy professor Pope “Mac” McCorkle.

“Before Dobbs,” he said, it would be a “bad year for the incumbent party in power, it’s going to be a bad year nationally for Democrats.”

“Now things clearly are closer since Dobbs,” said McCorkle, who spent decades working on Democratic political campaigns in North Carolina. He said he thinks the Republicans will likely take back the House of Representatives in November.

But, he said, “The Supreme Court has given Democrats the chance to get back in the game.”

The national races in North Carolina and elsewhere have become a “battle between inflation and abortion,” he said. That’s playing out in the contest between Republican Ted Budd and Democrat Cheri Beasley. 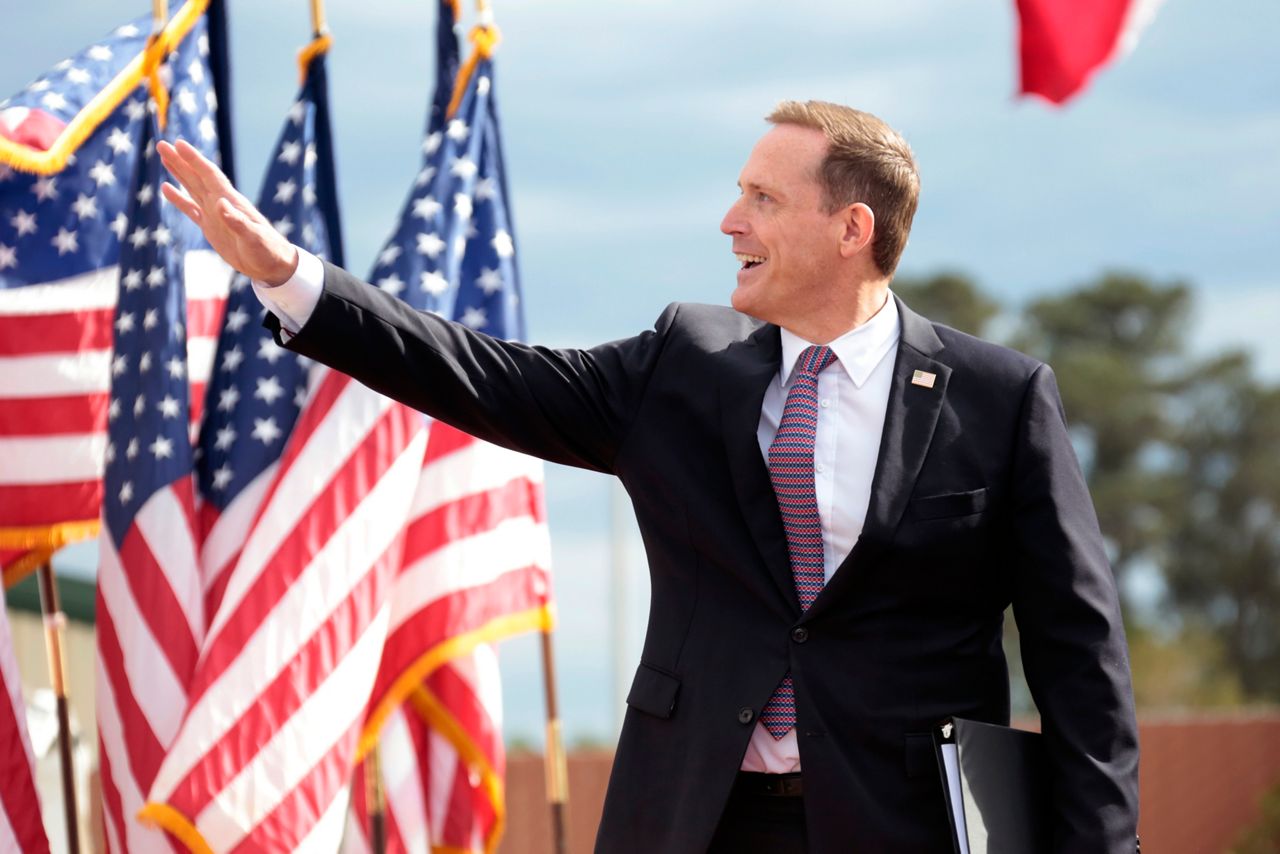 The two candidates have staked out positions for and against the Biden administration’s economic policies and possible federal abortion restrictions, along predictable party lines. But the question is whether either issue can bring enough voters out for their candidate.

Democrats have zeroed in on abortion rights since voters in Republican-heavy Kansas roundly rejected a constitutional amendment that would have restricted access to abortion.

While Beasley is campaigning on protecting abortion access, Budd has taken the opposite position. He recently added his name as a co-sponsor to a federal bill that would ban abortion after 15 weeks.

“Congressman Budd will stop at nothing to put himself between women and doctors. His national abortion ban will not only take away our freedom — it will cost North Carolina women their lives and he owes an explanation to every woman whose life he has now put at risk,” Beasley said in a statement Wednesday.

Budd’s messaging has been on the economy, where Republicans can often come out on top. He draws a direct line from Beasley to President Joe Biden and the high inflation numbers that continue to come out each month ahead of the election.

The abortion ruling could drive more women to the polls for Democrats, he said. And it could be one of those elusive factors that gets college students out to vote.

“I suspect that there are some Republican women, independent women, who might otherwise be attracted to Republican candidates who may now shift to vote for Democratic candidates,” Haynie said. 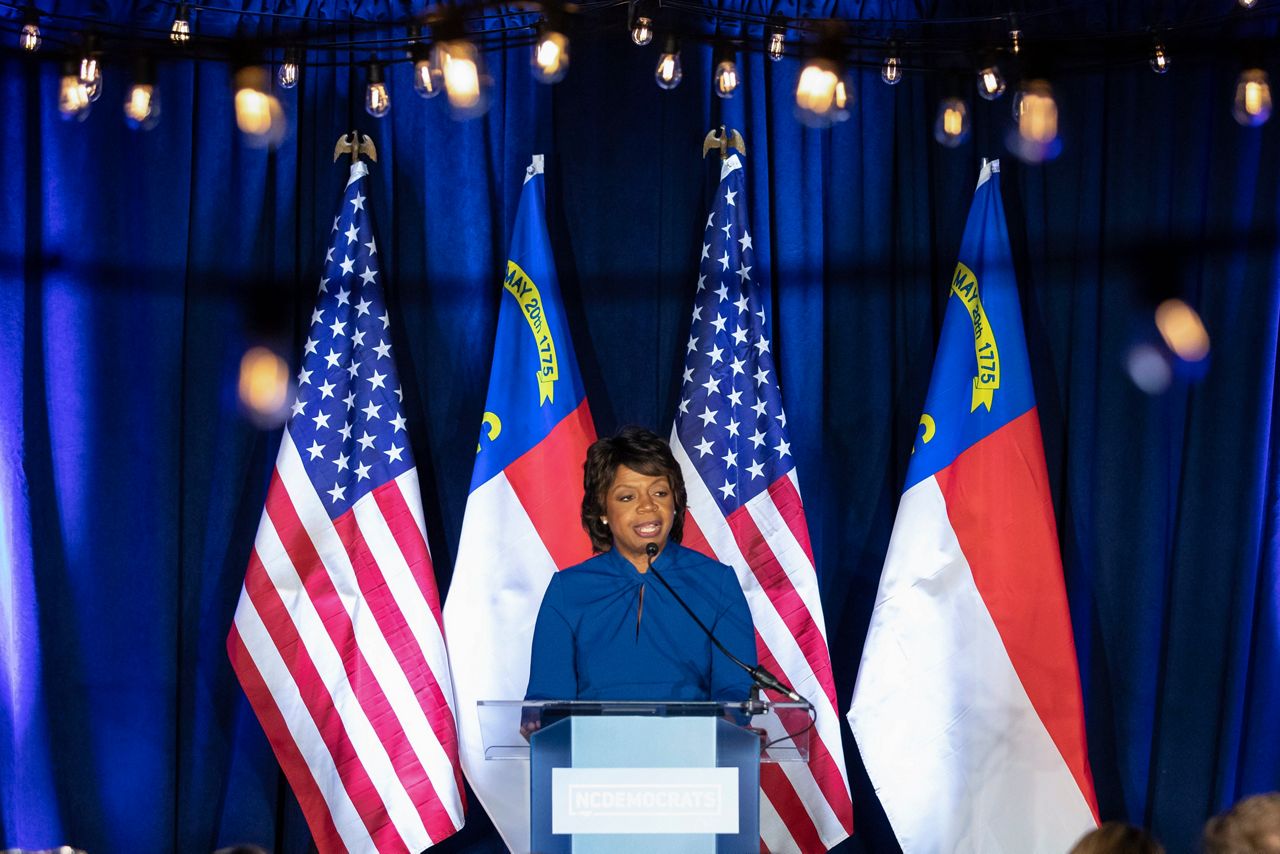 Cheri Beasley and Ted Budd are locked in a tight race ahead of the Nov. 8 election. (AP Photo/Ben McKeown)

“Young women may feel threatened by this recent decision and we may see an uptick in turnout among young voters,” he said. “This case may be a motivating factor for young folks and especially young women to turn out.”

The former president and the Jan. 6 investigations is another piece that could have an impact on the elections in North Carolina and around the country, Haynie said.

Donald Trump endorsed Budd for the Senate seat before the primaries. Trump is planning a trip to Wilmington to campaign for Budd on Sept. 23.

“President Trump carried North Carolina twice and Amy Kate and I are thrilled he’s heading back to our great state to get folks fired up as our campaign accelerates into the final stretch,” Budd said in a statement Thursday.

He also threw in a jab at his opponent: “In the spirit of bipartisanship, we would also welcome Joe Biden to come campaign early and often for Cheri Beasley and personally, and publicly, thank her for supporting his disastrous economic policies.”

But Trump’s support may not be enough to get Budd over the finish line, and could potentially hurt his campaign, Haynie said.

“Another factor I think this midterm is the Jan. 6 hearings and everything that’s going on around that: the indictments that seem to be coming on a weekly basis and investigations that continue,” he said. “We still don’t yet know all that may be revealed during these hearings.”

“There may be some revelations there that may shake some Republican support if Republicans are seen as tied to the Trump administration,” Haynie said.

“There was the cycle that lasted about until the end of June, and in that cycle the laws of political gravity more or less were intact,” he said, with an unpopular president and a suffering economy setting the stage for Republican victories in November.

Since the Dobbs decision, he said, “the defining issue has been abortion and the reaction to the Dobbs decision in voters minds.” Then Democrats managed to get some legislative wins with action on climate change, prescription drug prices, gun control, student loans and other priorities.

Add to that the Jan. 6 commission and criminal investigations into the Trump administration, Hildebrand said.

“The race has moved from more of a referendum to more of a choice between Biden and if not Trump then the ghost of Trump,” he said.

“The question on my mind is what happens when two waves collide,” he said. “You’ve got this potential red wave from earlier in the year, potential blue wave from this year, and does that defy the laws of political gravity?”

But the reality is that in Raleigh at the North Carolina General Assembly and in Washington D.C., “Republicans don’t need a wave,” Hildebrand said.

“All they need is the tiniest little ripple” to win back slim majorities in the U.S. House and Senate, and pick up just a handful of seats to get a supermajority in the state legislature to be able to override the governor’s veto.