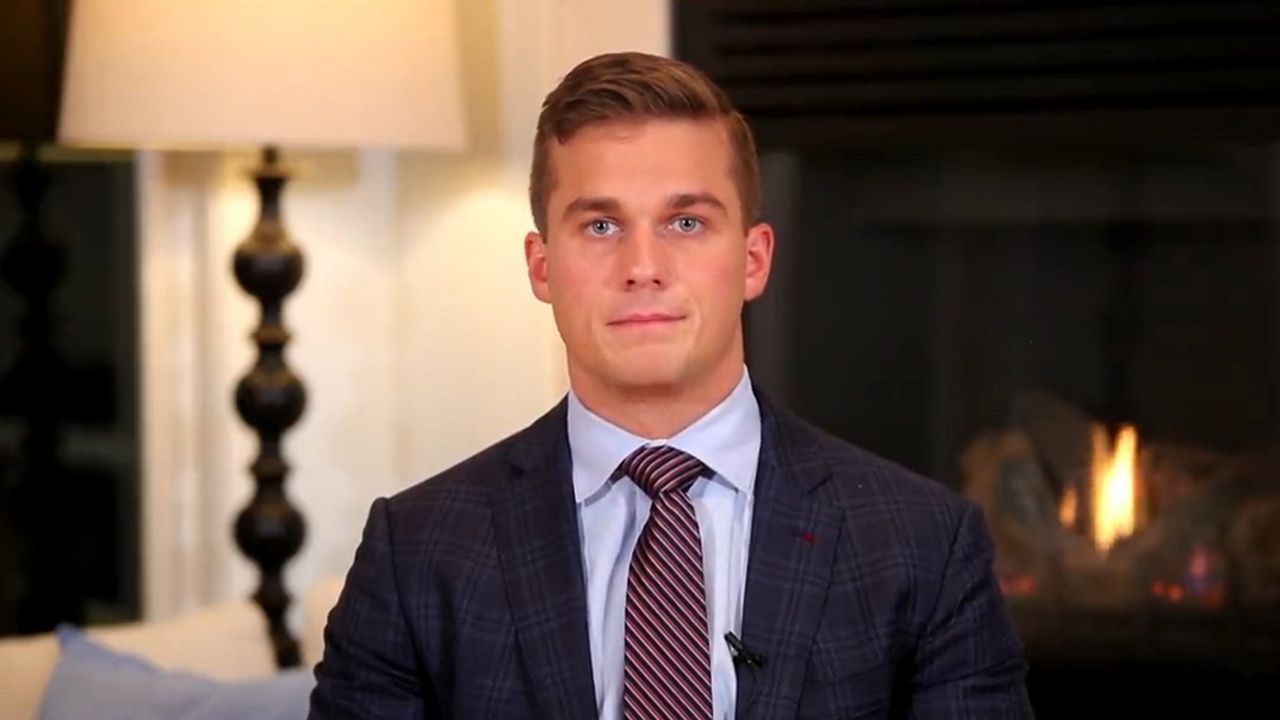 In a video released Thursday, Rep. Madison Cawthorn said he will change districts to run for the new 13th District in next year's election. (Photo: Cawthorn Campaign)

Republican Rep. Madison Cawthorn said he will change districts and run in the new 13th Congressional District, which stretches from western Mecklenburg County up into the mountains. He tells Spectrum News 1 he also plans move to the district, which isn't required.

Cawthorn currently represents the state’s westernmost counties, from Rutherford County to the Tennessee border. After redistricting, there is a little overlap between the congressman’s old district and the new 13th.

"I am putting myself at more risk having to go run in a contested primary in the 13th, but you know what? I believe this is a way we can maximize conservative voices in Washington, D.C.," Cawthorn told Spectrum News 1 in an interview Friday.

Cawthorn, the youngest member of Congress, has been a controversial figure in North Carolina politics. He’s modeled himself as a Trump loyalist and voted against certifying the election for President Joe Biden in January.

He also told Spectrum News 1 on Friday that he hasn't gotten his COVID-19 vaccine.

Just wrapped up an interview with @CawthornforNC on his decision to switch districts to run in #NC13.

Topics:
-#NC13 decision
-Whether he would comply with subpoena if issued one from 01/06 committee
-Decision not to get COVID vaccine

The Republican-led General Assembly approved new redistricting maps in early November. Many have called the new maps partisan gerrymandering that will give the GOP an edge in next year’s congressional elections. 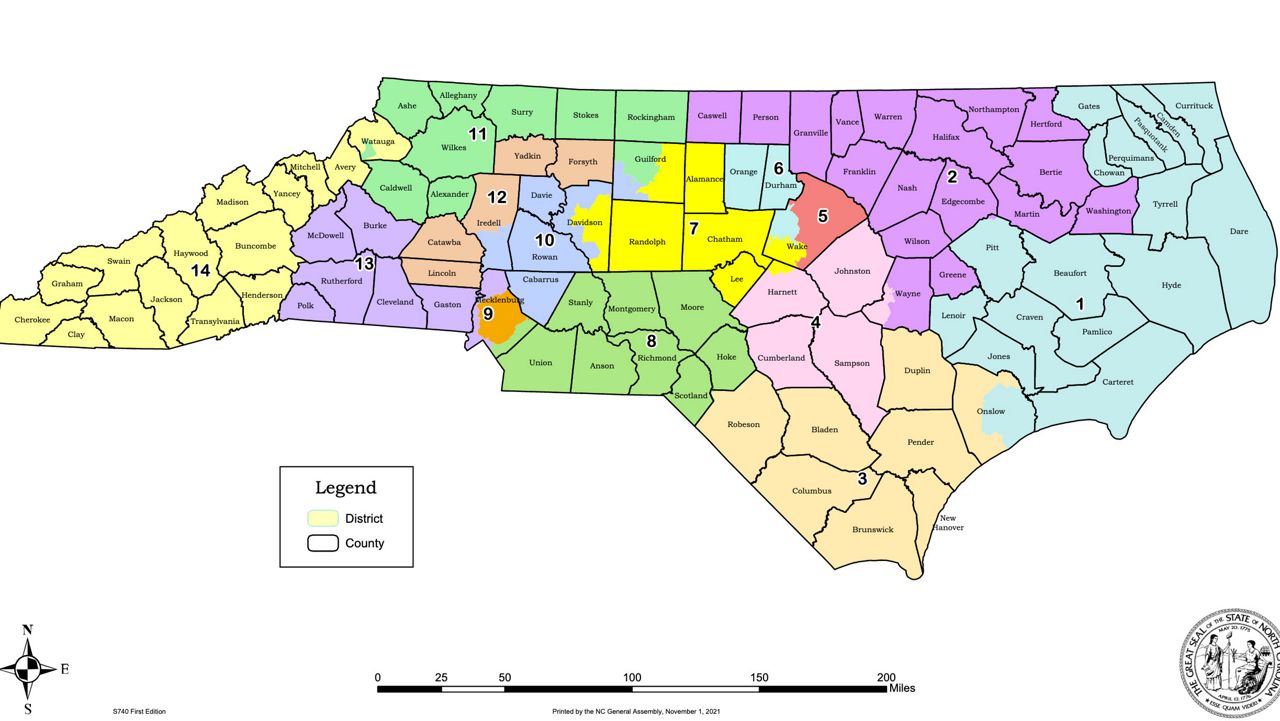 Cawthorn says he will run in the new 13th Congressional District.

“The new maps have split my constituents. My house is almost directly on the line of separation from the 13th and 14th Congressional Districts and now half the counties in the new district are counties I currently represent,” Cawthorn said. “My people are split.”

The congressman said he’s confident that the new 14th District in western North Carolina will remain in Republican control.

“We have a unique opportunity to increase conservative leadership for North Carolina,” he said in the video.

But, he said, “Knowing the political realities of the 13th District, I’m afraid that another establishment go-along to get-along Republican will prevail there. I will not let that happen.”

Critical announcement: we are taking ground for conservatism.

You elected a fighter. Trust me to fight for you. pic.twitter.com/861Um0yizc

There were rumors that N.C. House Speaker Tim Moore, from Cleveland County, was considering a run for Congress next year. But in a statement Thursday evening, Moore said he plans to stay put.

“While much of the speculation about my potential congressional candidacy has been driven by the media and political pundits, I have been humbled by the folks in our region who expressed their wishes for me to represent them in Washington,” Moore said. “While I have given it consideration, right now I am focused on the issues at hand that impact all North Carolinians.”

“I will continue to fight for my constituents, and I will work for what the state needs now — a balanced budget that cuts taxes and invests in our critical needs during these challenging times. I look forward to serving with my colleagues as Speaker of the House of Representatives and securing a supermajority for the Republicans next year,” he said.

“While I have given it consideration, right now I am focused on the issues at hand.”@NCHouseSpeaker Tim Moore issues statement to @LorettaBoniti on whether he will run for Congress in #NC13.

In an interview with Spectrum News 1, Cawthorn was asked whether his comments were referring to Moore.

"I don’t like disparaging anybody’s name, but you know as I said, these people who are already elected have an organized ground game, and really I don’t think that there have been conservative enough policies that push back on Roy Cooper’s really unconstitutional mandates he enforced all throughout 2020. So if you can’t stand up to Roy Cooper, I can’t imagine you can stand up to Nancy Pelosi," Cawthorn said.

Western Carolina University politics professor Chris Cooper said one reason Cawthorn may be switching districts is because of his personal brand.

"It does move him closer to the Charlotte media market as opposed to the Asheville media market, so perhaps he thinks that positions him better for a statewide run," Cooper said. "I think it also allows him to say he’s taking on the establishment."