President Joe Biden speaks at the Green Road Community Center in Raleigh, N.C., Thursday, June 24, 2021. Biden is in North Carolina to meet with frontline workers and volunteers and speak about the importance of getting vaccinated. (AP Photo/Susan Walsh)

RALEIGH, N.C. — It doesn’t look like the president will hit his original goal of vaccinating 70% of adults in the United States by the 4th of July. But that hasn’t stopped Joe Biden from continuing to push.

The president traveled to Raleigh, North Carolina Thursday to meet with front-line workers, visit a mobile vaccination clinic and help kick off a community canvassing event.

"Hospitalizations and deaths are down dramatically where people are vaccinated," Biden said. "We need more people to get fully vaccinated to finish the job. That’s why I’m here."

As of Wednesday, 65.6% of adults in the country have gotten at least one shot and 56.1% are fully vaccinated, according to the Centers for Disease Control and Prevention.

North Carolina lags behind the national average for vaccinations. Thursday, the state reported that about 55% of adults in the state have had at least one shot and 52% are fully vaccinated.

Biden said he wants as many people as possible vaccinated before the 4th of July, "so we can celebrate independence from this virus."

North Carolina Gov. Roy Cooper praised the president for "sensible, strategic national leadership" as the country works to get out of the pandemic.

"Thank God for these vaccines. Thanks scientific research. Thanks perseverance for these stunningly effective, life-saving vaccines that are allowing us to gather right here today," Cooper said.

In North Carolina, hospitals and local public health departments are trying to get out in communities across the state to reach people who have not yet gotten their shot.

Following other states, North Carolina recently announced a cash drawing for getting vaccinated. The state plans to give away $1 million to four adults who have gotten the vaccine and four $125,000 college scholarships to vaccinated people under 18.

The first drawing was this week but the state has yet to announce a winner.

Biden praised North Carolina's efforts to get the vaccine out equitably, making sure people from all communities have access to the shots.

"The more we close the racial gap in vaccination rates, the more lives we can save," Biden said. 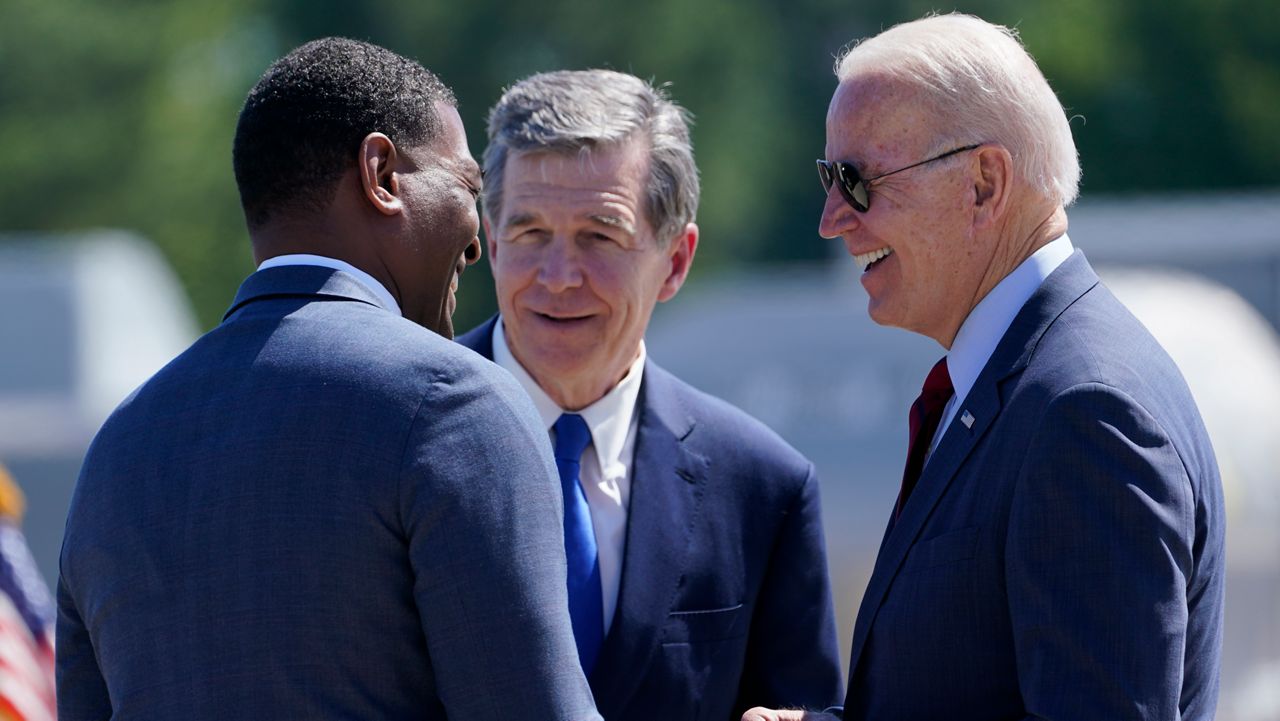 Biden spoke Thursday from the gymnasium at the Green Road Community Center in Raleigh. Hundreds of people packed the room, mostly health care workers and people with community organizations on the front lines of vaccine outreach in North Carolina.

“I wanted to come to Raleigh to thank everyone in this room for everything you’re doing to get your community vaccinated,” the president said. “You’re saving lives."

"If you’re already vaccinated, make sure your family and friends are vaccinated," Biden said. "If you’re not vaccinated, don’t put it off any longer. Just do it."

In North Carolina and much of the rest of the country, people are not lining up to get their shots anymore. Supply is now higher than demand. Public health workers have moved from being overwhelmed by people who want the shots, to trying to reach the people who haven’t gotten vaccinated yet.

Biden called for a national canvas over the upcoming weekend, with people around the country going door to door to talk to their neighbors about getting vaccinated. 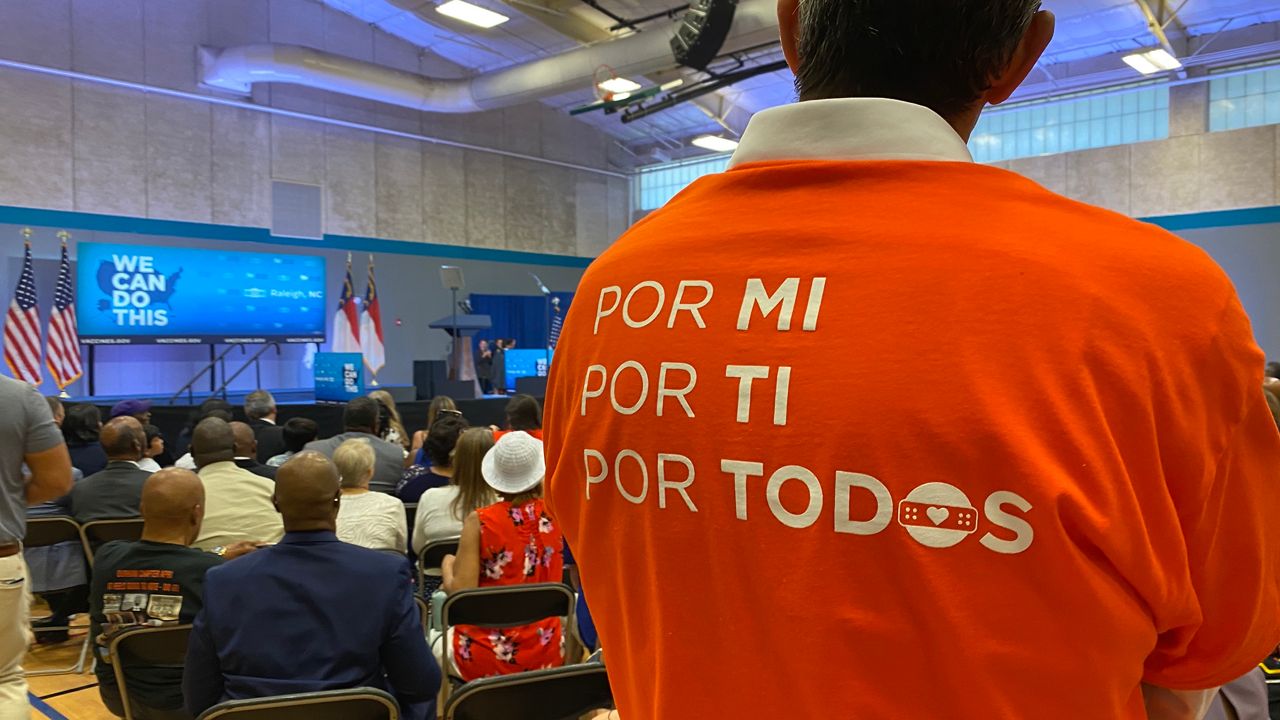 Biden said about 600,000 people have died from the virus in the United States from the virus. That is, he said, "more lives lost in a year than every major war in the 20th century and the 21st century."

The president also highlighted the United State's commitment to send a billion vaccine doses around the world.

"Here’s the deal: There are over 100 countries in the world that have no capacity to help themselves," Biden said. "The rest of the world is in trouble as well. We have to look out for one another"

The president said the United States needs to rebuild its role on the world stage.

"We have to rebuild the backbone in this country that’s been so badly damaged," he said. "The last four years have been devastating."

But he was optimistic, about defeating the pandemic in the United States and helping the rest of the world. "Folks, let’s really let this be the summer of freedom," he said. "We can get this done."