A majority of people in North Carolina said the biggest issue facing the state is the coronavirus pandemic, according to an exclusive Spectrum News/IPSOS poll released this week.

The poll found that a majority in the state gave Gov. Roy Cooper good marks for how he’s performed as governor and approve of how he’s handled the COVID-19 pandemic.

One area Cooper’s approval rating is lagging is in his plan to send children back to school. Forty-five percent approved of how the governor is handling getting kids back to school while 42% disapprove.

A majority of North Carolinians say they think it will take six months or more for life to get back to normal from the pandemic and more than a third say it could be longer than a year, according to the poll.

The new poll, conducted between Oct. 7 and 15, asked a series of questions to more than 1,400 people in North Carolina in an online interview. The poll has a confidence interval of 3%.

The poll, which included a focus on more respondents in the Raleigh area, found that statewide 53% approve of Cooper's job performance. The poll found that number increases to 58% in the Raleigh media market. It's even higher, 63%, when looking at Wake and Durham counties. 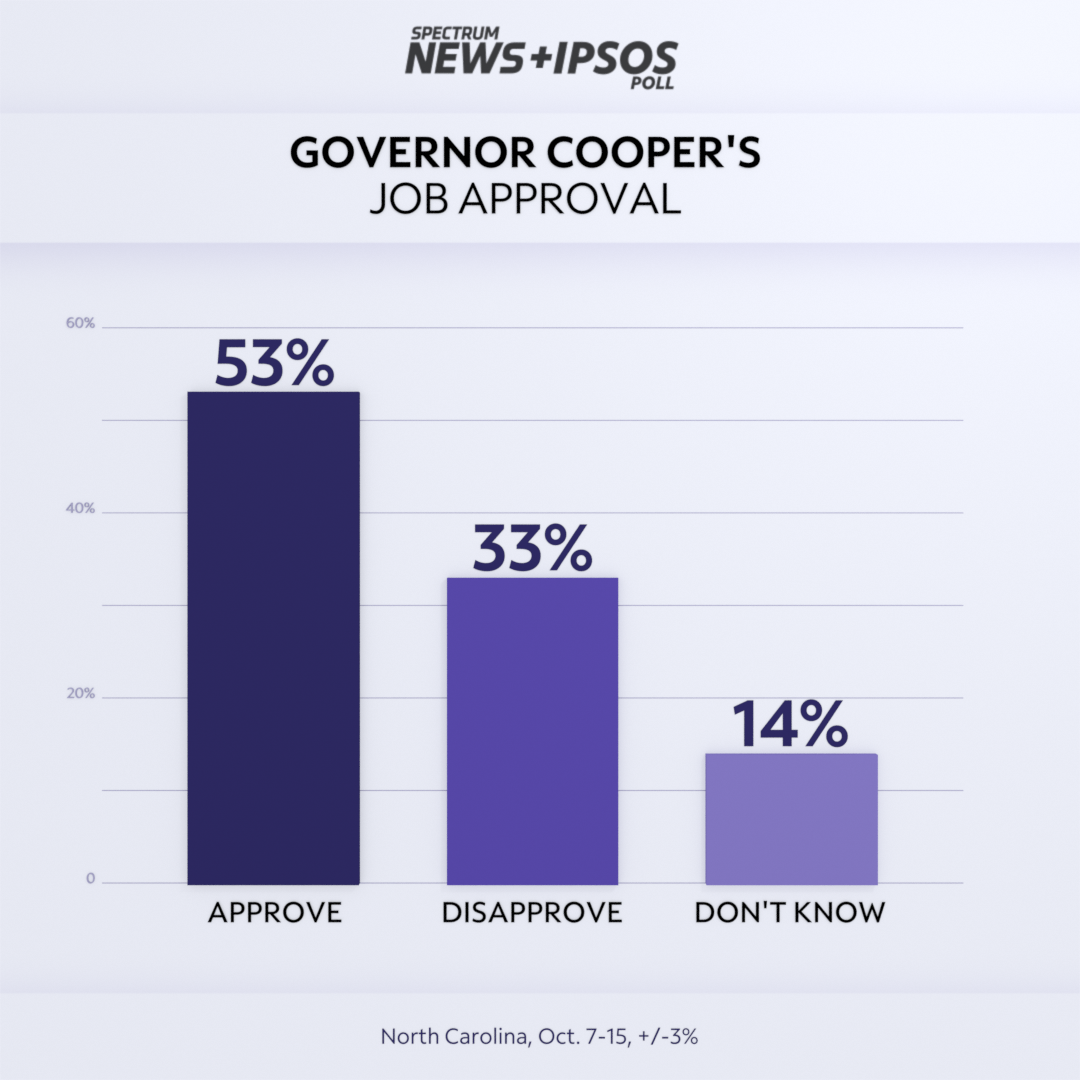 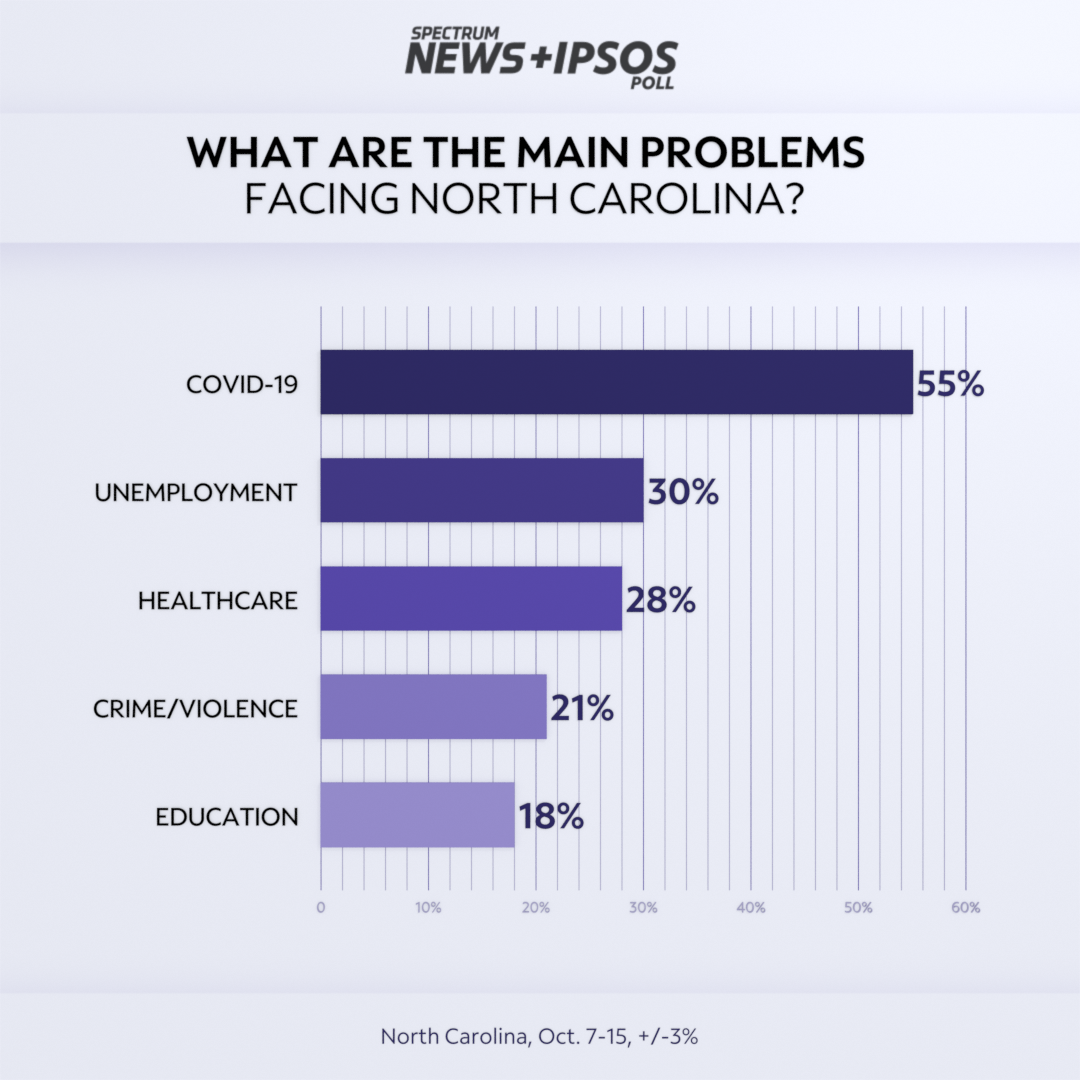 Cooper On The Issues

The governor overall had strong support for his response to the pandemic and to racial justice protests over the past year. Democrats were much more likely to approve of Cooper's handling of the issues than Republicans.

According to Ipsos, "A majority approve of the job he’s doing on COVID-19 (55%) and jobs and the economy (51%). He earns net positive ratings for his handling of crime and public safety (49%), protests and social unrest (48%), and climate change (42%). People in the state are split on his handling of plans for sending children back to school: 45% approve, 42% disapprove." 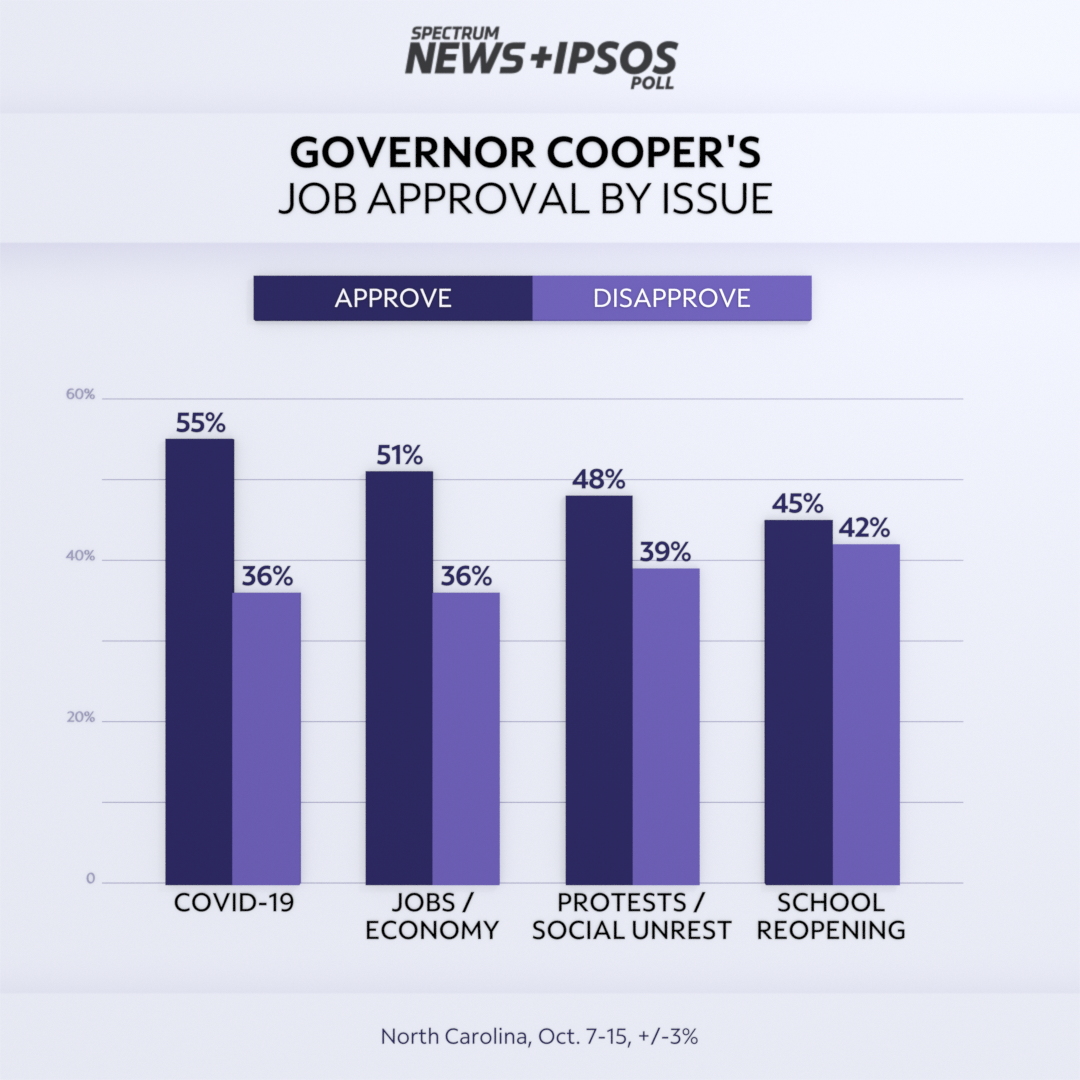 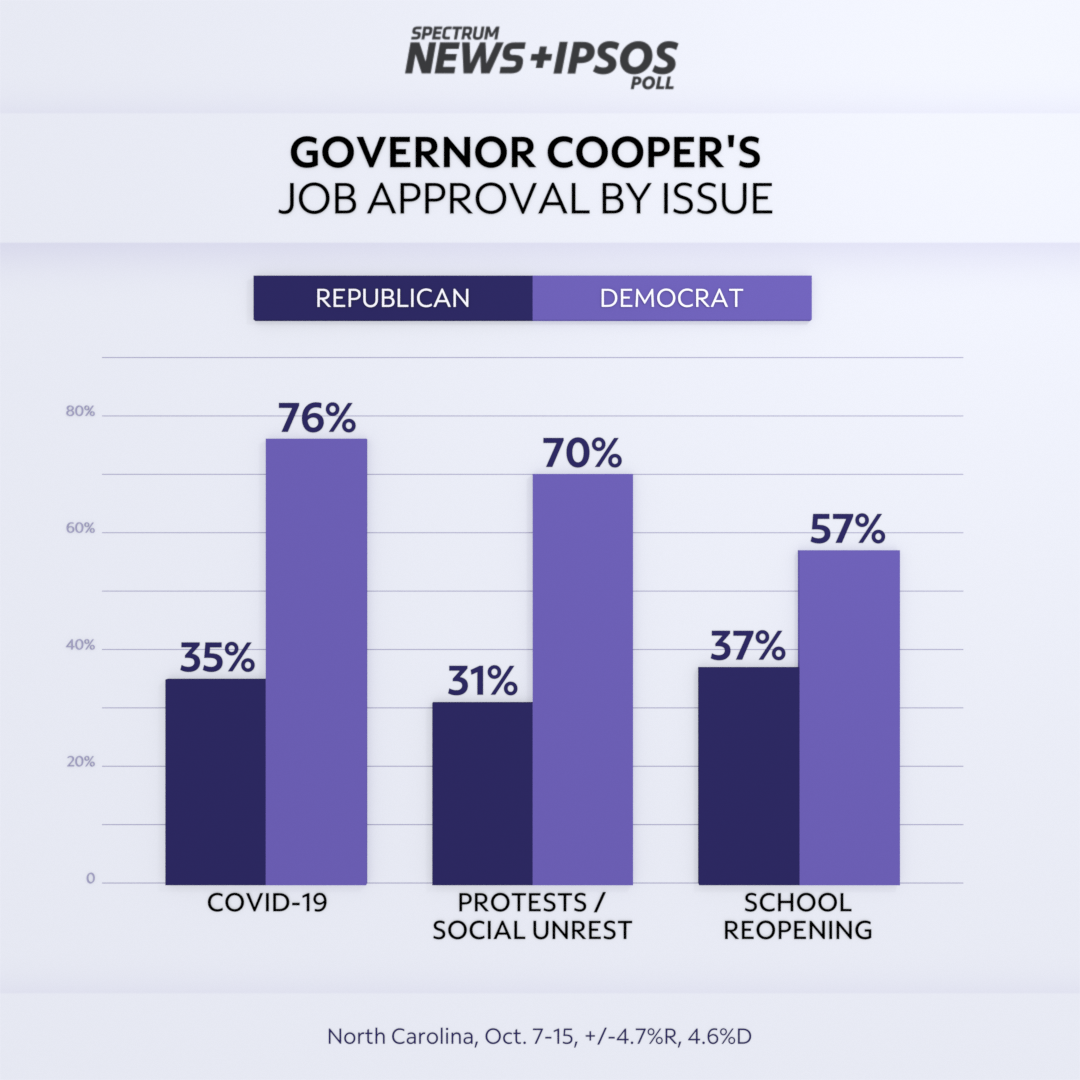 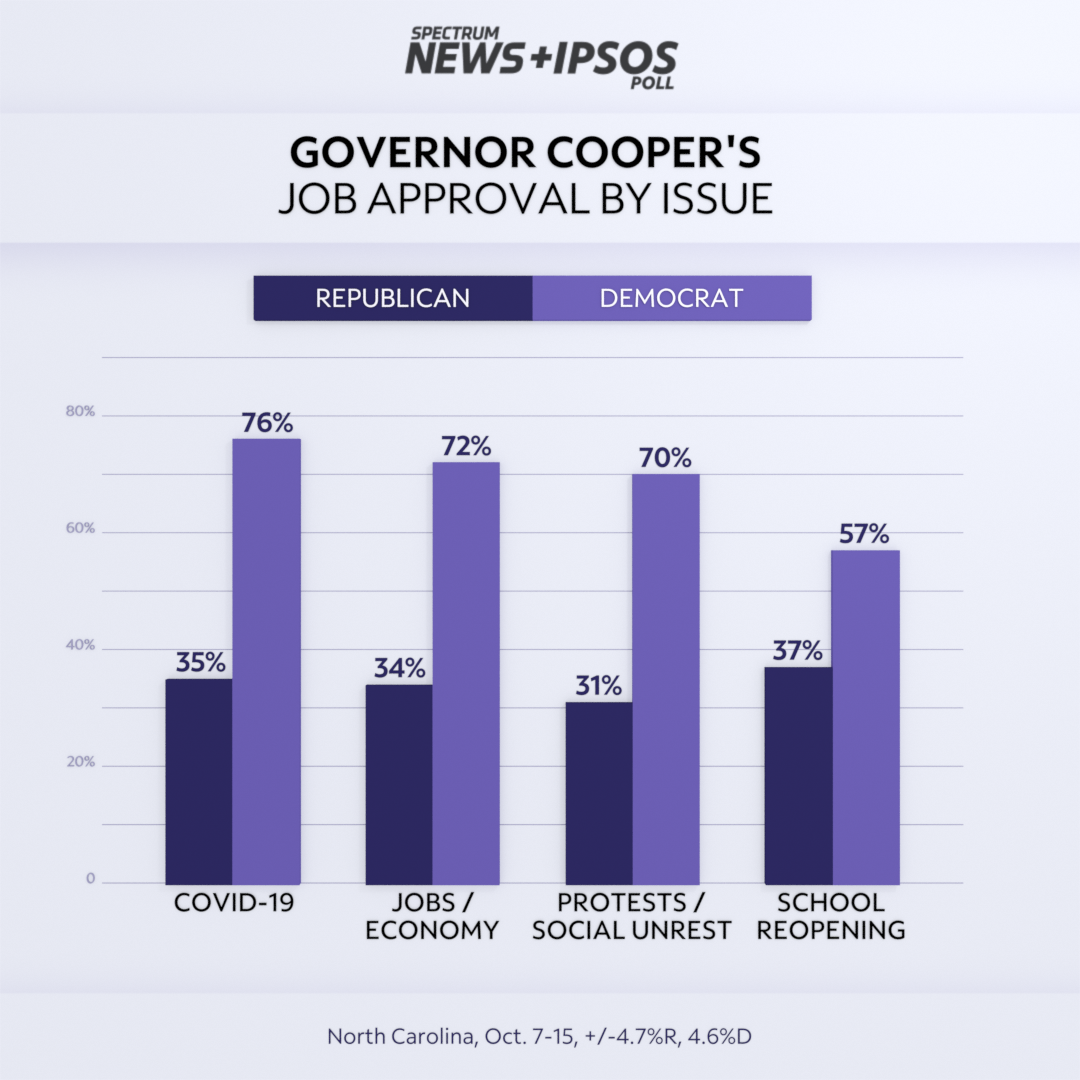 Overall, people in North Carolina agree with the state mask mandate and do not think the measures to slow the coronavirus pandemic have been too restrictive. 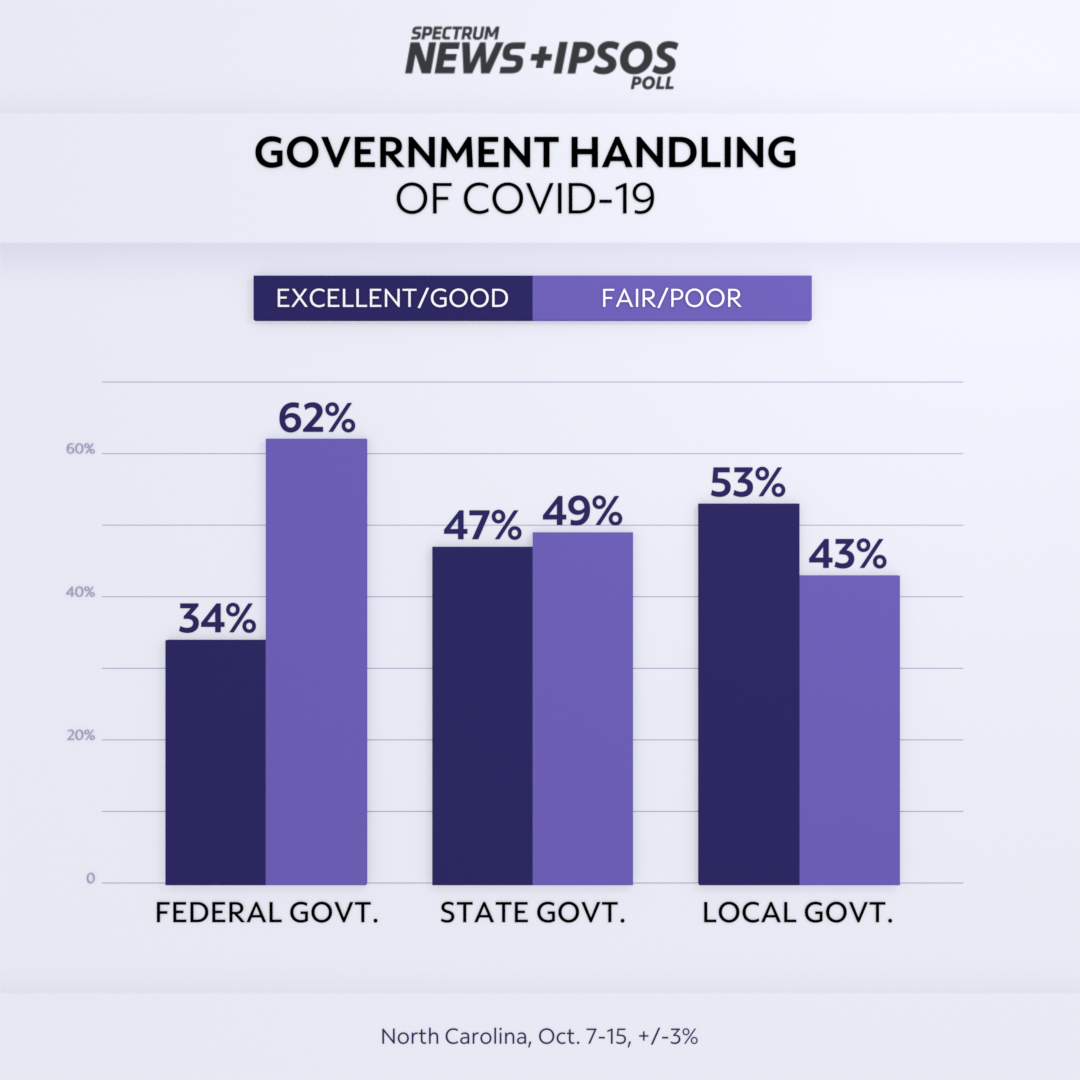 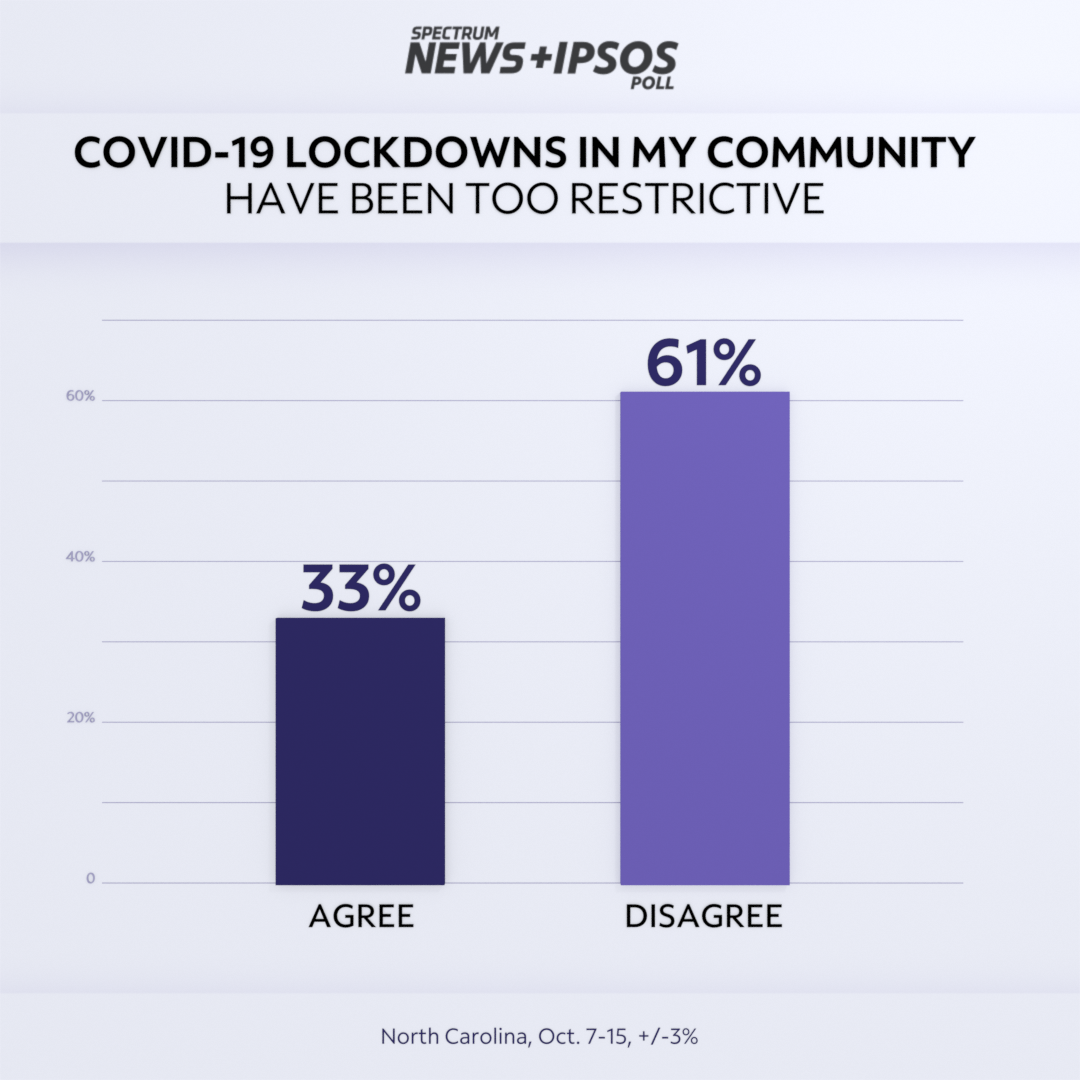 A large majority, amost two thirds, support a state law mandating wearing masks in public at all times. But the poll shows many people in North Carolina do not trust the Food and Drug Administration's approval process for a vaccine, with 38% saying they would take a first-generation coronavirus vaccine approved by federal regulators. 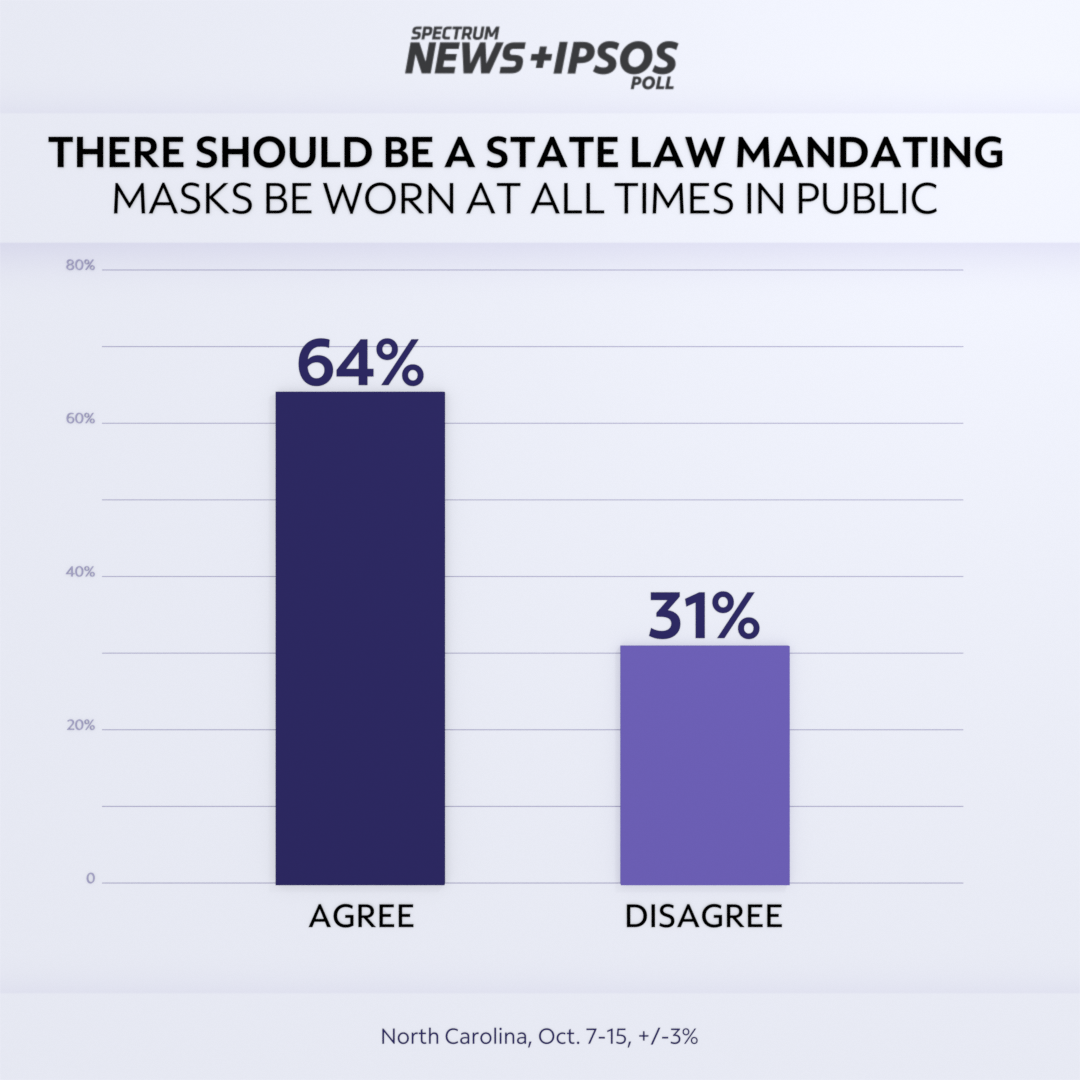 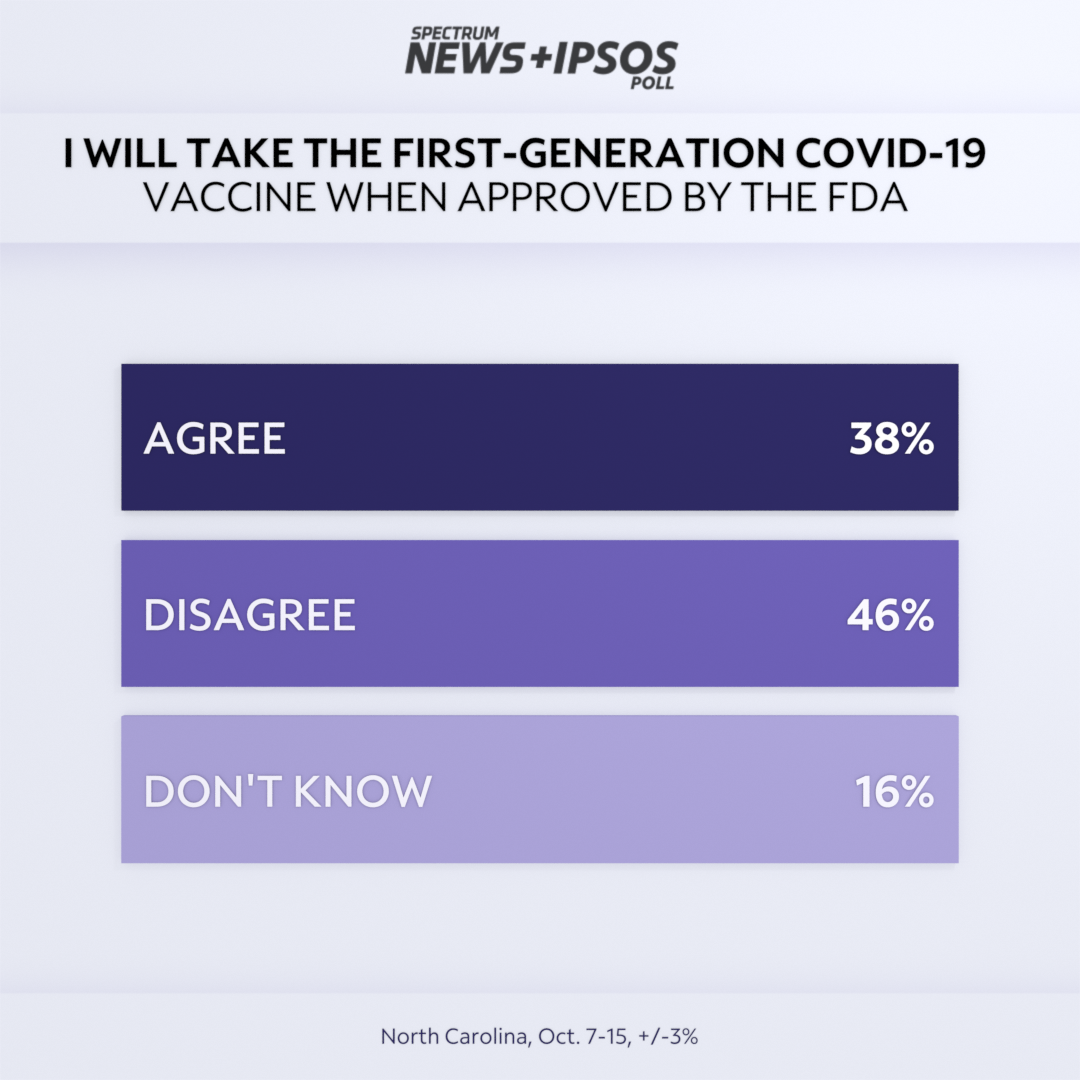