DURHAM, N.C. — Durham City Council members are considering a new “social district” that would allow people to take adult beverages to go downtown. Based on the conversation in Tuesday’s city council meeting, they’re likely to give final approval to the idea at their next meeting Oct. 17.

The city still has a lot of details to finalize. But if city council members approve the social district at their next meeting, people could start taking their drinks to go on Dec. 1.

This does not mean someone can open a beer on the public sidewalk. But businesses will be able to sell alcoholic drinks to go in labeled plastic cups.

A number of cities in North Carolina have already created their own social districts in recent months, including Raleigh, Greensboro and Charlotte. The proposal in Durham could create one of the biggest social districts in the state, marking off all of downtown as part of the district. 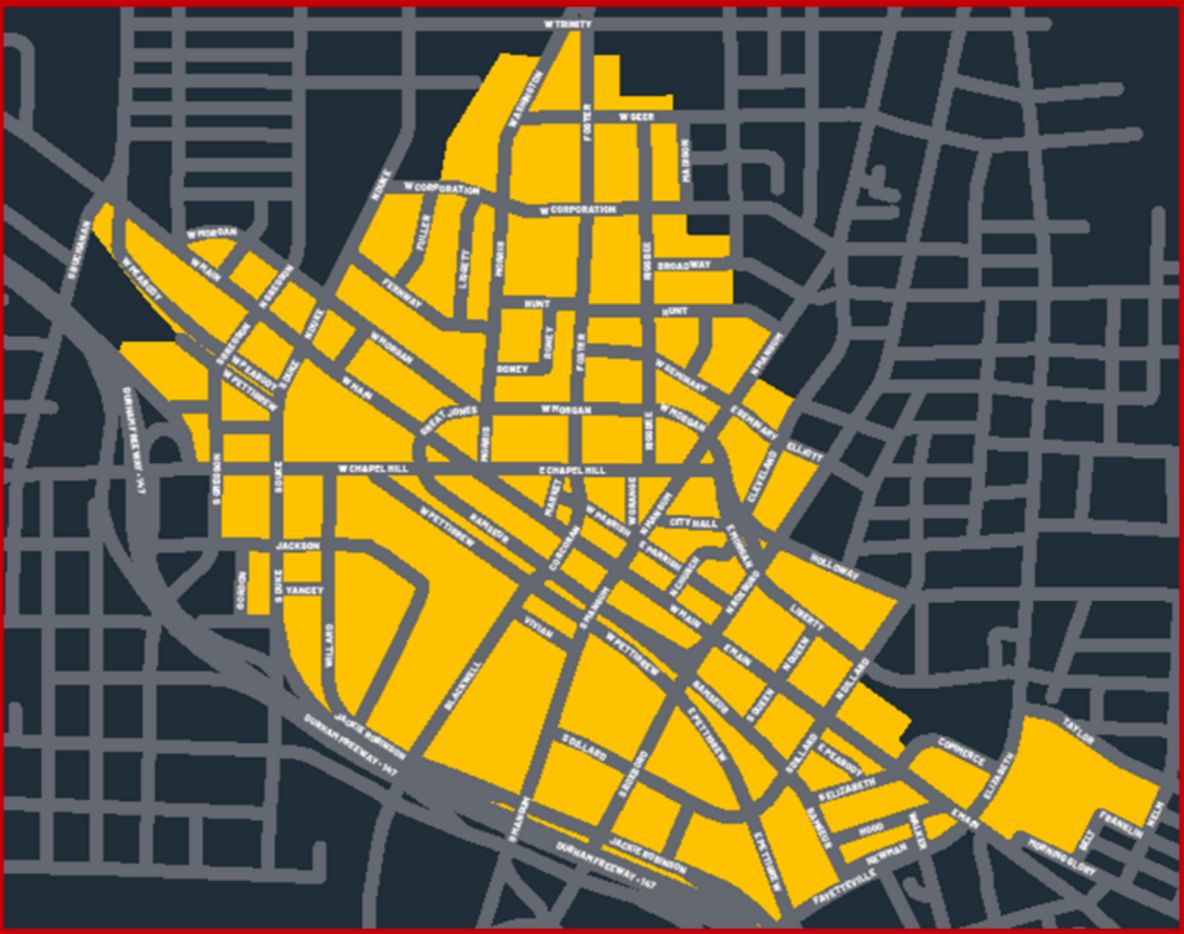 The social district would include all of downtown Durham. (City of Durham)

The state law has strict requirements that cities have to follow. Durham will have to clearly mark out the social district boundaries. Restaurants and bars can decide whether to participate or not, and businesses that allow to-go drinks will have decals on their windows and will have to use specific plastic cups.

Stores, art galleries and other businesses in the district will be able to opt in to allow customers to come in with alcoholic drinks.

Dozens of downtown area business owners spoke in support of the social district at Thursday’s City Council meetings. Most said they are still struggling after the pandemic, with foot traffic down since COVID-19 shut down businesses in 2020.

“Downtown doesn’t have nearly the traffic it did before the pandemic, particularly throughout the week. And the social district alone won’t solve that, but it is certainly a step in the right direction,” said Susan Amey, president of Discover Durham, which operates the visitors’ center in downtown Durham.

“It certainly seems like something North Carolina’s hippest city would support,” she said, speaking during Thursday’s city council meeting.
But not all workers at downtown bars and restaurants were as enthusiastic about the public drinking district. 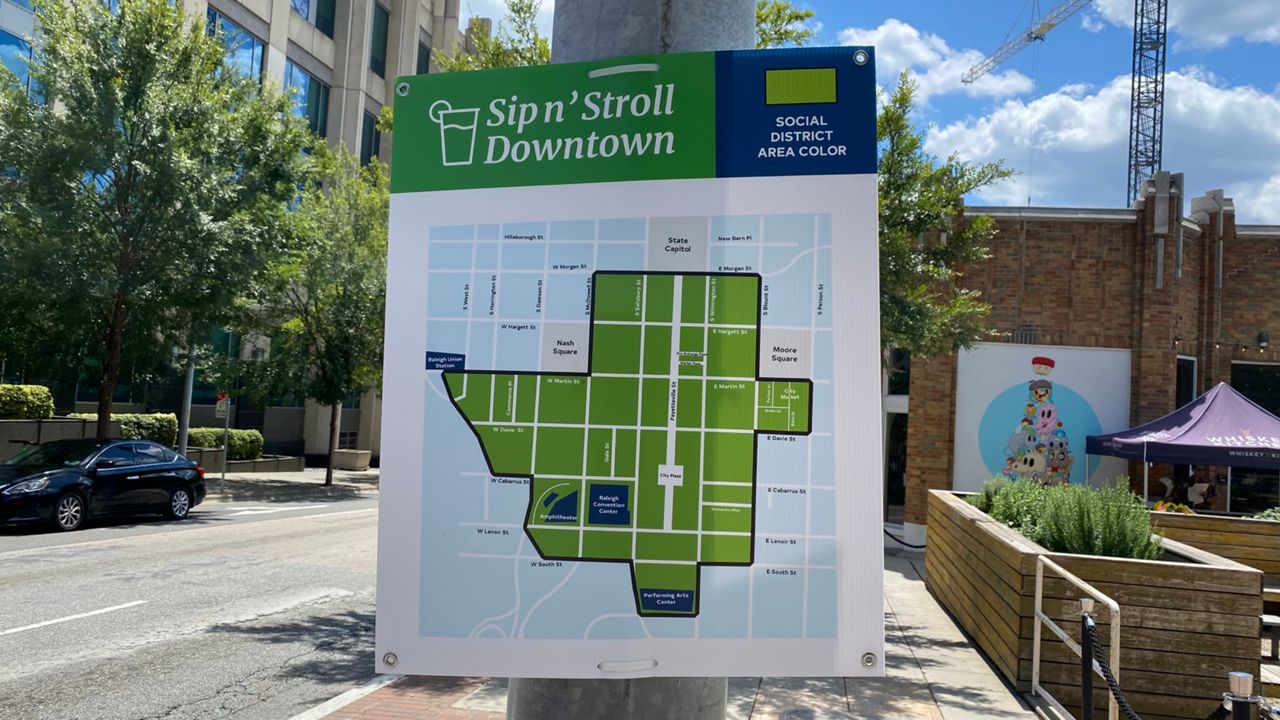 A sign in Raleigh marks the edge of the social district there. (Charles Duncan/Spectrum News 1)

“Being a door guy at night, they’re going to try to bring drinks in,” said Thomas Nettesheim, who works at Accordion Club, a popular downtown bar inside the social district boundaries. He’s worried people will try to bring outside drinks in Accordion Club and get angry at him when he won’t let them.

“I’ve heard from friends in Raleigh that it’s been more hassle than it’s worth,” he said, standing behind the bar at Accordion Club Thursday.
Willie Ennis, bar manager at Viceroy, a downtown restaurant, worries about liability for bars who let customers take drinks to go.

“What happens if someone walks out the door and clocks someone?” Ennis said. “I wonder where the city takes over.”

But Ryan Huang, scientist at Duke who has lived in Durham for nine years, is excited about the idea.

“I’m surprised by how ambitious this is,” he said, looking at the social district map before the City Council meeting Thursday.

“I support anything that gets people out and walking around downtown,” Huang said.

“One of the best things to come out of the pandemic was open dining,” he said, and he sees the social district as an extension of that. “It’s moving toward a more walkable, livable city.”