A month after his arrest, the former police chief for Chadbourn, North Carolina remains in jail under a $910,000 bond. He’s accused of stealing guns, drugs and cash from the small town police department’s evidence locker.

William Anthony Spivey, 35, faces 88 felony charges in Columbus County for stealing from the evidence room and embezzlement. The most serious charges involve trafficking opioids and selling stolen guns, according to warrants.

“The indictments make clear a number of firearms were stolen by former Chief Spivey from the evidence locker at the Chadbourn Police Department,” District Attorney Jon David said in a statement this month.

“The SBI has already recovered a number of stolen firearms, several of which former Chief Spivey sold to friends, family members and acquaintances,” David said.

Spivey was charged with stealing four guns: a Taurus G2 handgun, a Palmetto State Armory PA-15 rifle, a Smith & Wesson M&P .40 caliber handgun and a 9mm Beretta handgun, according to arrest warrants from the State Bureau of Investigation.

One warrant alleges Spivey used his police department-issued pickup truck to go to South Carolina in January and February to sell the Palmetto State Armory rifle.

The prosecutor wouldn’t comment on the case, but his office did say that the case against Spivey is still an active investigation and more charges are possible. 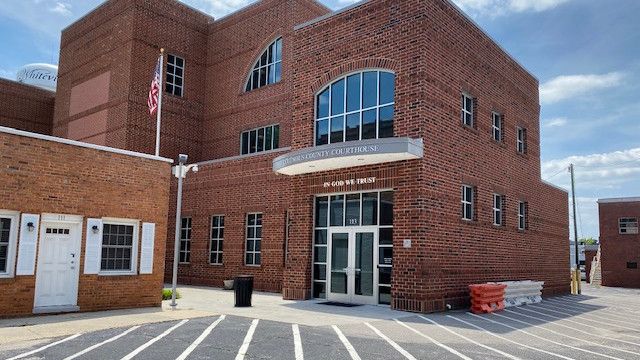 Spivey’s attorney, David Mills, said the former police chief denies the charges. Mills said Spivey recently hired him for the case, and that he would be taking up the bail and other issues with Columbus County Superior Court.

“An indictment is not evidence of guilt,” Mills told Spectrum News 1 in a phone interview.

Chadbourn is a town of about 2,000 people, according to the most recent Census Bureau estimates. It sits just north of the border with South Carolina, about an hour’s drive from Myrtle Beach. A sign on the way into the small downtown advertises the town as the “Home of the North Carolina Strawberry Festival.”

Forty-one warrants filed in Columbus County accuse Spivey of dozens of crimes. The warrants allege Spivey stole more than $33,000 in cash, took hundreds of prescription pills, including Xanax and opioids, and at least four guns from the evidence locker.

He’s also accused of stealing about one gram of cocaine and three MDMA or ecstasy pills.

The State Bureau of Investigation led the inquiry into just what was happening with evidence allegedly disappearing from the Chadbourn Police Department.

Investigators also accused Spivey of lying to doctors’ offices twice to get prescription opioids. First, in 2017, Spivey allegedly lied to a physician’s assistant to get a second prescription for the drugs. Then, in 2020, Spivey created a fake police report to say his prescription of oxycodone had been stolen, according to a warrant.