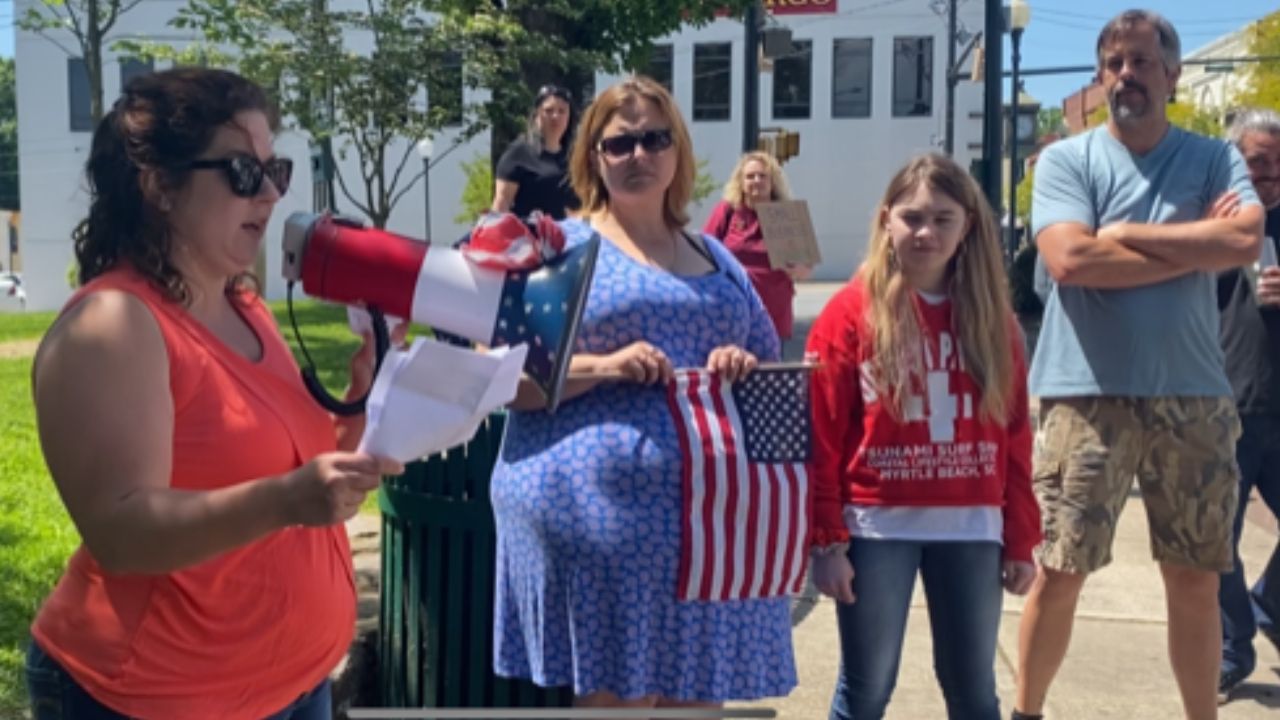 Dozens of Protestors Were in Downtown Morganton Saturday

MORGANTON, N.C. -- Dozens of people were in downtown Morganton Saturday for the Reopen Morganton protest.

Many of the protestors were small business owners who say they need the closure to stop.

Protestors marched around the square chanting for the county to be reopened.

Reopen NC's founder, Ashley Smith, was at the rally. Smith was arrested on Tuesday in Raleigh during that protest.

Smith says it was important for her to attend, as Morganton is her hometown.

"They are riding by, they are waving, they are enthusiastic, they see people are making a stand for freedom, and I think its going to spread​," said Smith.

The group says they will be back in downtown Morganton next Saturday as well.