The team celebrates the success of their final weather station installation, which has already begun to send data back to a National Geographic server.PHOTOGRAPH BY MARK FISHER/NATIONAL GEOGRAPHIC

BOONE, N.C. -- It's an experience Baker Perry says he will never forget.

The Appalachian State University professor was part of a group of three scientists to scale Mount Everest to install weather stations. One of the stations is the highest to ever be installed in the world.​

“We installed five weather stations from as low as 13,000 feet to as high as 26,600 feet,” said Perry. “These could be some of the highest winds on the planet.”

It will be the first time climate is reported on Mt Everest. Perry admits it was not easy.

“How the subtropical jet stream of the river of air at the highest elevations, how it behaves,” said Perry.“ The first 12 days or so in the Everest region we were trekking to base camp and it was important to go slowly to climatize to adjust to the altitude.” 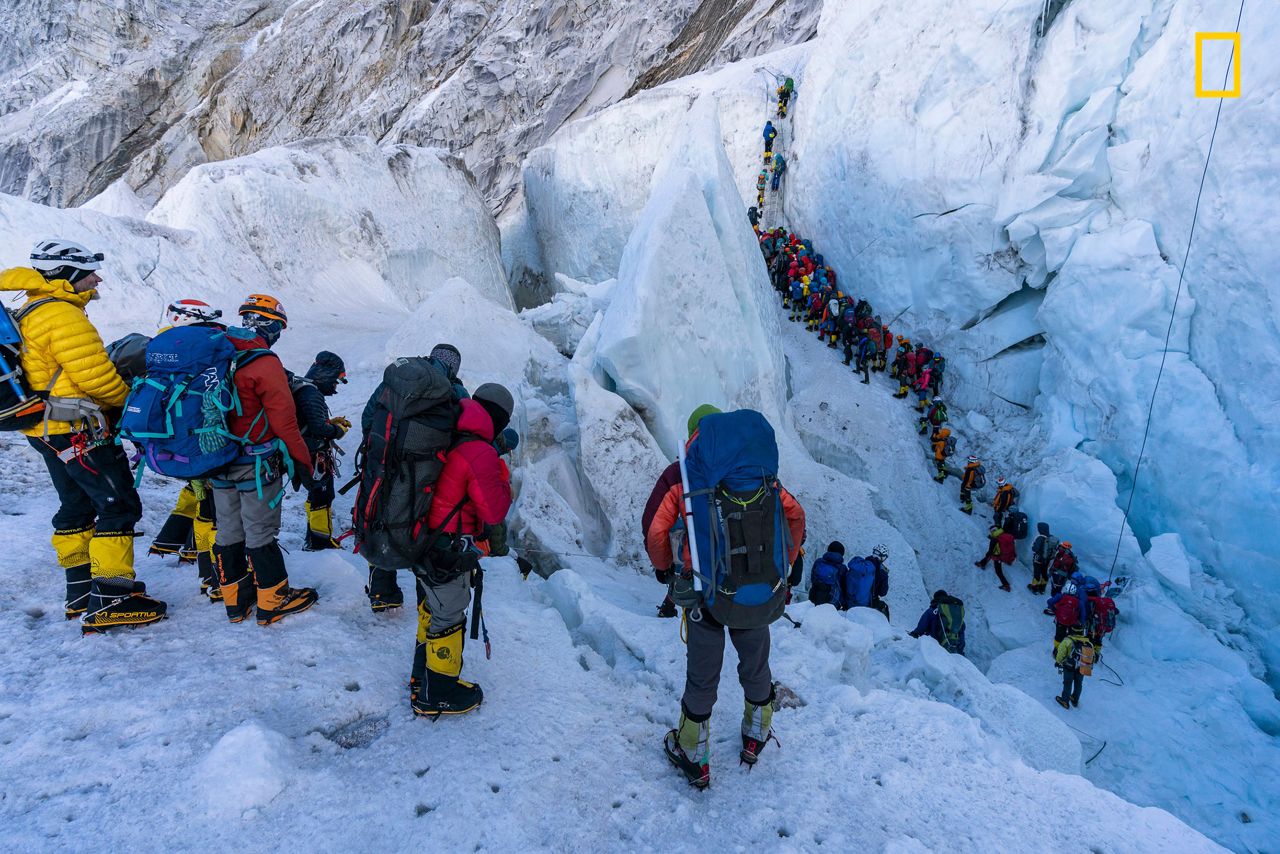 A line of climbers make their way through the Khumbu Icefall. The 2019 spring season was plagued by crowds, forcing the scientific team to push their summit attempt up by a day in the hopes of avoiding long lines and delays. PHOTOGRAPH BY MARK FISHER/ NATIONAL GEOGRAPHIC

He says it was scary at moments, but they kept pushing forward to finish their scientific research.

“We did, unfortunately, encounter some dead bodies from the previous days and some were still clopped on to the rope so there was no way to avoid them,” said Perry. “If you fall or make a mistake with your rope management it’s a fast ride to the bottom and most people do not survive it so that was definitely weighing on us.”

At times, the scientists had to wear oxygen to breath.

“We are basically walking around in sleeping bags in these down suits thick-souled and bulked mountaineering boosts,” said Perry. “The high point that we install a weather station and you are looking at the highest peaks of the world and it’s an awe inspiring view.” 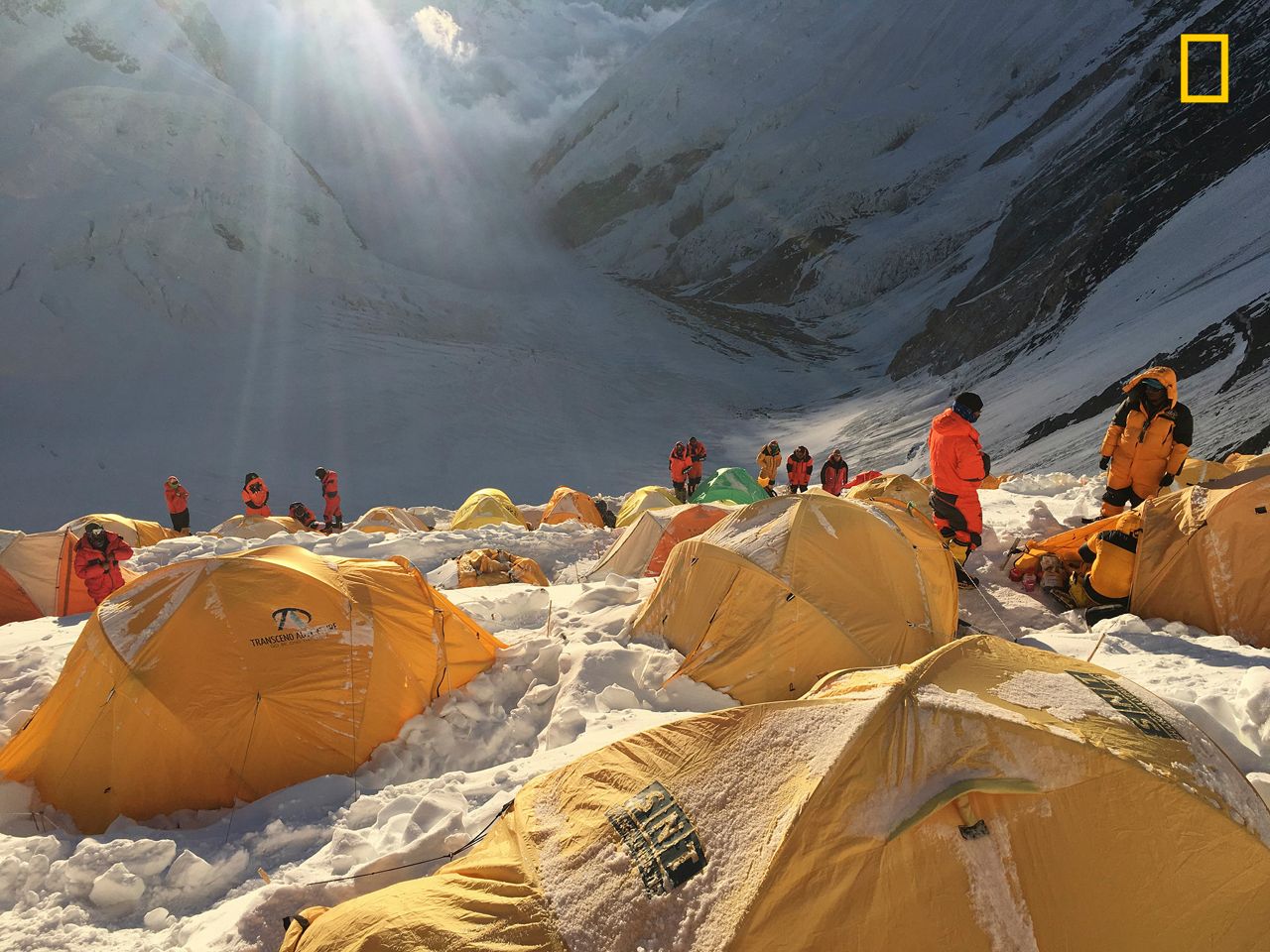 Climbers stand by their tents at Camp 4 on Everest's South Col, where one of the team's weather stations was installed. The stations were rigorously tested in New Hampshire and Nepal to ensure they would withstand the mountain's harsh environment, holding up against heavy winds and storms.PHOTOGRAPH BY BAKER PERRY/ NATIONAL GEOGRAPHIC

He says some people on the team got sick.

“Most of us came down with pretty serious upper respiratory infections, even some team members had the flu,” he said.