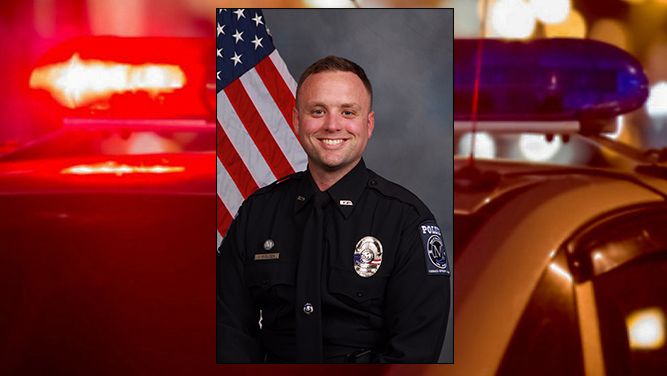 MOORESVILLE, N.C. -- Just over two weeks after officer Jordan Sheldon was shot and killed during a traffic stop, we're learning more about the night he died.

Mooresville police say they have completed their investigation into the shooting which happened on West Plaza Drive just after 10 p.m. on May 4.

That check confirmed Aldana was driving on a suspended license, so officer Sheldon returned to speak to Aldana. Aldana then gave further documentation, pulled out a semi-automatic handgun, and shot the k9 officer as he examined the documents.

Police say Aldana then drove to his apartment, off of Plaza Drive, where he took his own life. Officers say they haven't determined a definitive motive for the shooting.

Aldana's former girlfriend told officers he made recent comments about killing himself, and a police officer in the process.

The Mooresville Police Department wishes to thank all of the residents of Mooresville and surrounding communities for their love and support during this overwhelmingly sad time. We also extend a huge thank you to all of our public safety partners and town personnel who answered the call to assist us in the wake of this tragic event.