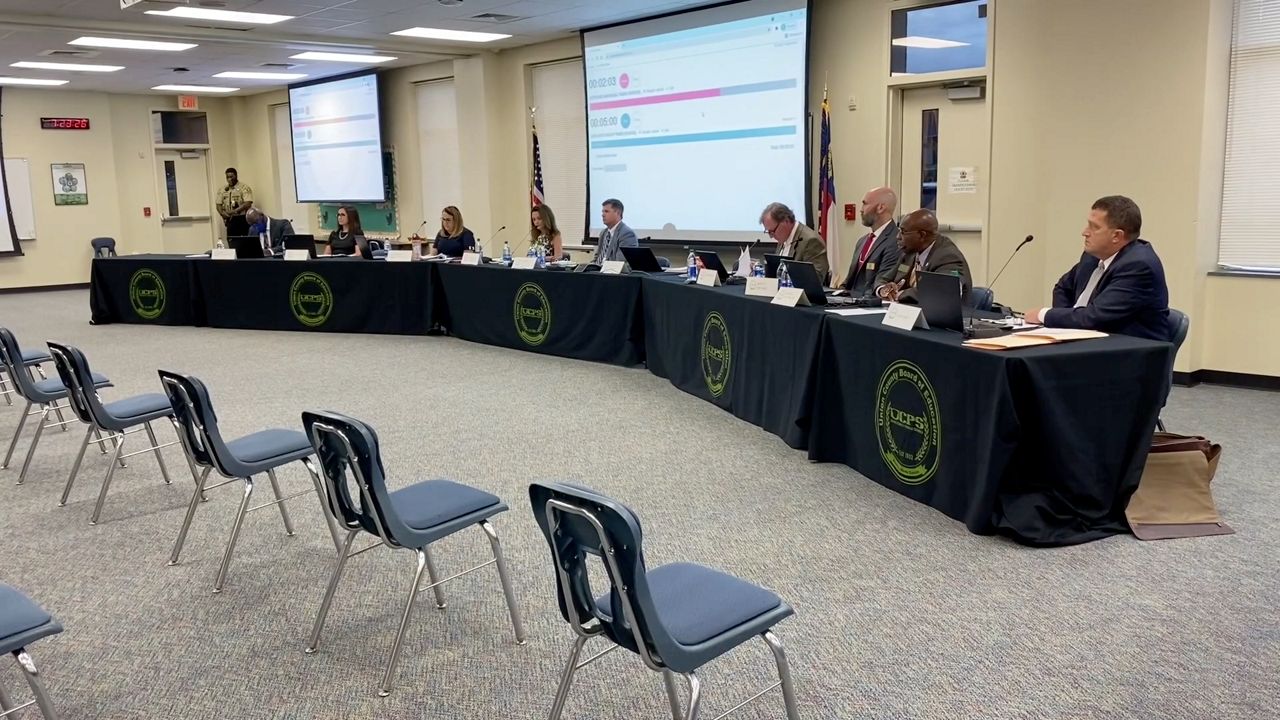 UCPS mom thanks school board for keeping masks optional

As Union County Public Schools head into a third month with the optional policy in place, tempers have at times flashed between the board, parents and county and state health departments.

But mom Christy Daou said she is thankful the board continues to, in her view, give parents across the district a choice.

“At this point we’re 18 months into it. Parents have the option of getting a vaccine, or they can have therapeutics. So, you know, we felt like it was best for them to go ahead and go back to school,” Daou said at her kitchen table.

Daou, who has three children in the county’s public schools, said her family was in agreement with the school board.

“COVID does not affect children like it does adults, children rarely get sick from COVID, and we knew that,” Daou said. “They were perfectly fine going without a mask, and happy about it, to be honest. Because they could see what their teachers were saying, and communicate with others,” Daou added, referencing her children.

Daou’s children are in third, seventh and ninth grades. When the couple decided to move the family to the area 11 years ago, they specifically moved for the schools.

“Had been very pleased with the schools. The teachers are wonderful. The administration, we just — we love being up in this area,” Daou reflected on their experience so far with UCPS.

“He was struggling, he did much better in school,” Daou said about her third grader. “Just being able to focus, you know, when you’re in the classroom you should be — you’re able to focus a lot better than being at home.”

This year, Union County Public Schools reopened for fully in-person learning and did not require masks. Debate over the decision, and how the district has handled exposures and positive cases, has continued for months as parents disagree on the best way forward.

At the board’s regular October meeting earlier this month, the frustration from parents in favor of a mask mandate bubbled over.

“And again I point out your lack of ethics as you attempt to gaslight and manipulate public opinion with your heightened rhetoric. When opinions should have no involvement in this process, the science is real and clear at this point,” said one impassioned mom during public comments section of the meeting.

“When will enough be enough? When a child passes away? A parent buries their child?” asked a dad at the same meeting.

Multiple online petitions are also calling for UCPS to implement a mandatory mask policy, improve contact tracing and quarantine procedures, and one petition even called for the resignations of some board members.

Earlier this month, board member Jimmy Bention said, “That would be no, that would be a big no,” when asked if he planned on resigning.

He also defended his position and his votes to keep the mask policy optional.

“When people talk to me about the science, and they want to express things like, ‘The scientific community universally agrees,’ that is not a correct statement,” Bention said in early October.

Daou, like some members of the board, also claims the science on masking has been at times contradictory, and in her view, less than convincing.

Daou said her daughter’s history project on the 1918 pandemic and effectiveness, at the time, of masking led her to start to question the policies of today. She said as she continued reading, looking into studies online and comparing countries with different COVID-19 policies she decided, from her viewpoint, the effectiveness of masking did not warrant a mask mandate.

“I just want to say, 'thank you' to the school board for giving parents the choice,” Daou said.

“Due to the circulating and highly contagious Delta variant, CDC recommends universal indoor masking by all students (age 2 and older), staff, teachers, and visitors to K-12 schools, regardless of vaccination status,” the CDC put on its website earlier this year, in an August update.

The Union County school board will meet again in early November. Under current state law, it will have to vote on keeping or changing the current mask policy again.

Union County’s current positive test rate is 6.8%, slightly higher than the statewide average of 6%, according to the county’s COVID-19 dashboard.