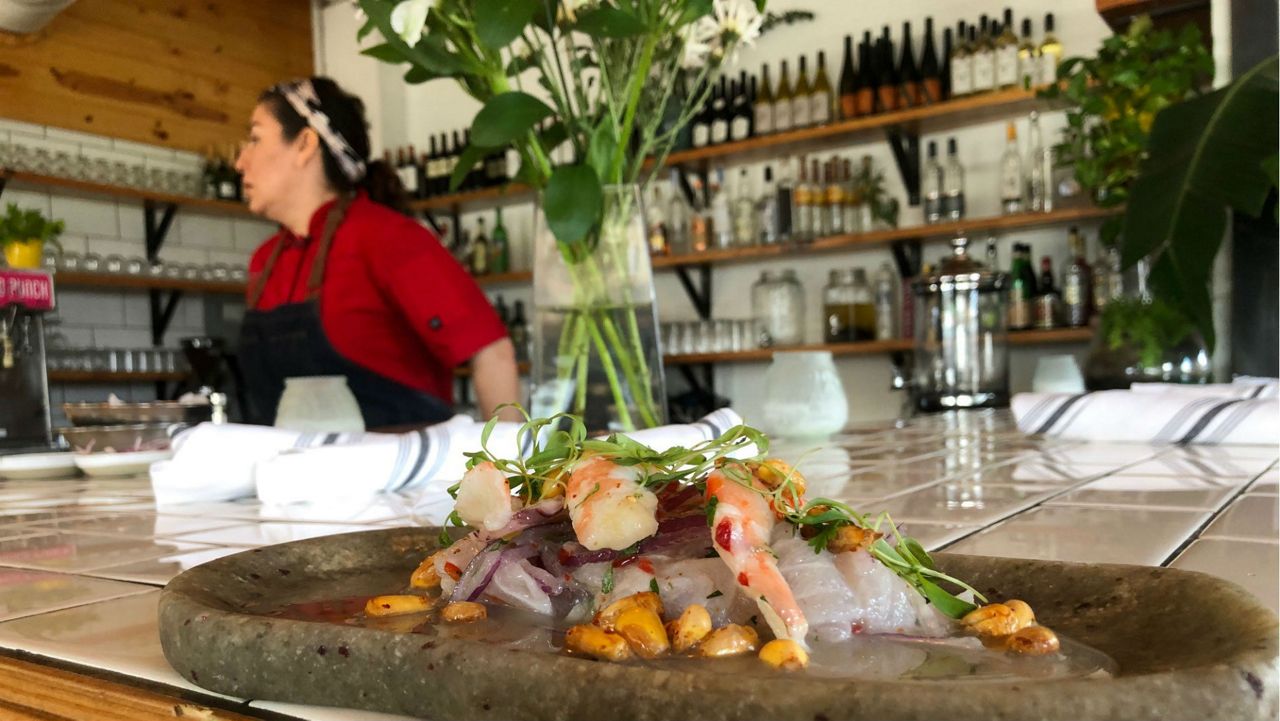 Peruvian ceviche made by chef Maribel Rivero who can be seen in the background. (Victoria Maranan/Spectrum News)

US Census: Women Make Up Less than a Quarter of Chefs

AUSTIN, Texas — The culinary scene Texas is growing with restaurants opening all the time. But, according to the U.S. Census Bureau, women chefs only make up a small ratio— about 24 percent.

Yuyo Peruvian Cuisine’s executive chef, Maribel Rivero, spent a decade in food and mastering its nuances. She focused on Latin American cuisine, specifically out of Peru, as a tribute to her Peruvian roots.

“What makes Peruvian ceviche a little bit extra special is that you have an infusion and technique from the Japanese that emigrated to Peru,” she said.

That passion and knowledge also got the James Beard Foundation’s attention, naming Rivero as one of its semifinalists in 2019.

“I feel great because it’s really not about the award but it’s just the recognition given to the diversity of cuisines here in Texas,” said Rivero.

To get to where she is now, Rivero’s journey was as complex as the flavors she works with. From culinary school to kitchens in South America and the United States, Rivero found herself among the few women head chefs.

“The kitchen can be kind of a battleground, especially in a very competitive kitchen and you really have to stand your ground,” she recalled. “It’s just the way the culinary industry is set up by Escoffier— male-dominated, it’s a business. You would think that the culinary industry would be dominated by women because women are associated with being in the kitchen.”

Rivero said the amount of gender bias she experienced was no different to what women in other industries deal with, but it still poses a challenge to those who can’t stand the heat.

“It takes a very thick skin,” she explained. “I think it takes being very serious and aggressive and you just have to push through.”

But, with focus and determination, she’s confident a breakthrough is bound to happen—enough to shake things up in the culinary world.

“It’s definitely challenging, but for women chefs I think the opportunity is what you make it just like any chef, really,” Rivero said.

She also stressed that every chef’s journey is different. Some are lucky to end up in a kitchen they fit in, but some have to move around a bit to advance.

However, Rivero added that a little bit of hard work, patience, and business savvy can get budding chefs far.