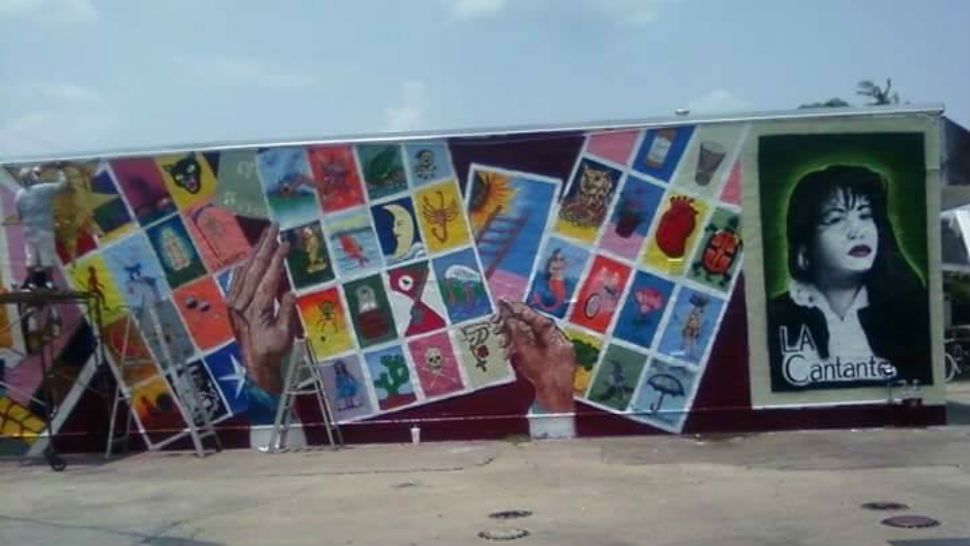 AUSTIN, Texas — For decades, East Austin has showcased distinct street art, but it's been disappearing as gentrification continues to have an increasing impact on the East Side.

When a landmark mural was painted over in 2015, a group of Austin artists and activists came together to form a group to save Chicano murals in East Austin, as well as put up commissioned murals by local artists.

“As I became very active in community involvement in neighborhood housing and in parks, I saw that the murals I grew up around had been distorted and had vanished," said Bertha Delgado, Founder and Director of Arte Texas.

Delgado’s family has lived in East Austin for generations. When the landmark La Loteria mural was painted over in 2015, she said she couldn’t sit idly by.

“We demanded that the mural be returned back to the neighborhood where it belonged," said Delgado. "Arte Texas was then born.”

“We formed to save the East Side Chicano art murals," said Martinez. "And that’s what we’re doing.” “It was a whole bunch of us, even students, grandfathers, kids, it was a lot of us out there, it was pretty spectacular for the community to come out and be painting that mural, because you know they get to see, ‘Hey look, I did some of that,'" said Martinez.

The art collective made some small changes to the original design, one of which is a sundial Martinez painted.

"[It has] everybody’s name on it… you know, giving thanks to everybody who helped out," said Martinez. "And actually that’s saying that this mural cannot be removed again, because the first one didn’t.”

Reinstating La Loteria mural was a victory for Arte Texas, but Delgado says preserving East Side Chicano art is actually about the community struggling with gentrification.

That feeling is the driving force behind the Arte Texas mission.

“We have to continue identifying who our culture is, who we are," said Delgado. "And if we have to display that through paint, through poetry through music through dancing through film, whatever way, we have to continue the fight. And so, art, to us, is a symbol of our struggle.”

It’s a decades-long fight that Delgado plans to continue.

“I put 100 percent of my time into Arte Texas and in the community, and schools, and just trying to preserve what belongs to us. And so, I'm not done yet. I feel like I just started," said Delgado.

A group of artists who worked on La Loteria. (Photo Courtesy: Bertha Delgado)