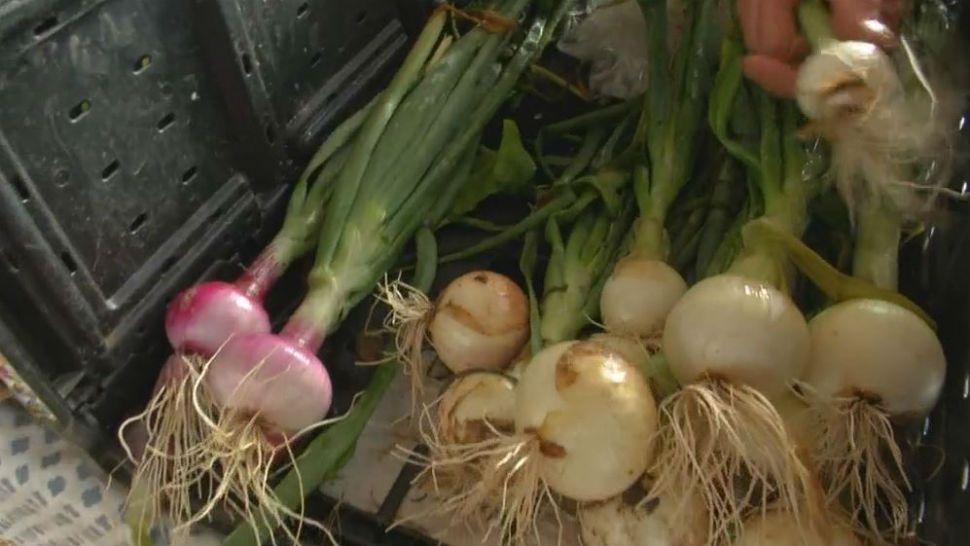 AUSTIN, Texas — As the threat of more showers looms over the next few days, farmers are bracing themselves.

“It’s a love-hate relationship that all farmers have with extreme rain events,” Ryan Farnau of F-Stop Farm said.

More than half a dozen major storms have barreled through Central Texas leaving behind a mess.

But the milder temperatures also mean farmers have other headaches.

One year ago this month, a dry and hot May meant good news for some crops.

“Last year at this time I was picking my first heirlooms in the second or third week of May. Now I’ve got a massive fruit set and nothing’s ripe yet,” says Farnau.

Too much rain doesn’t just wreck crops, but it also makes moving around a nightmare for farmers.

The silver lining is that watering bills are low. The ultimate threat is rapid cycles of drought and floods, something many farmers say is becoming unsustainable.

“Not at this frequency or at this intensity,” Farnau said.

It's a cycle that Chovanec says could have cataclysmic consequences for some.