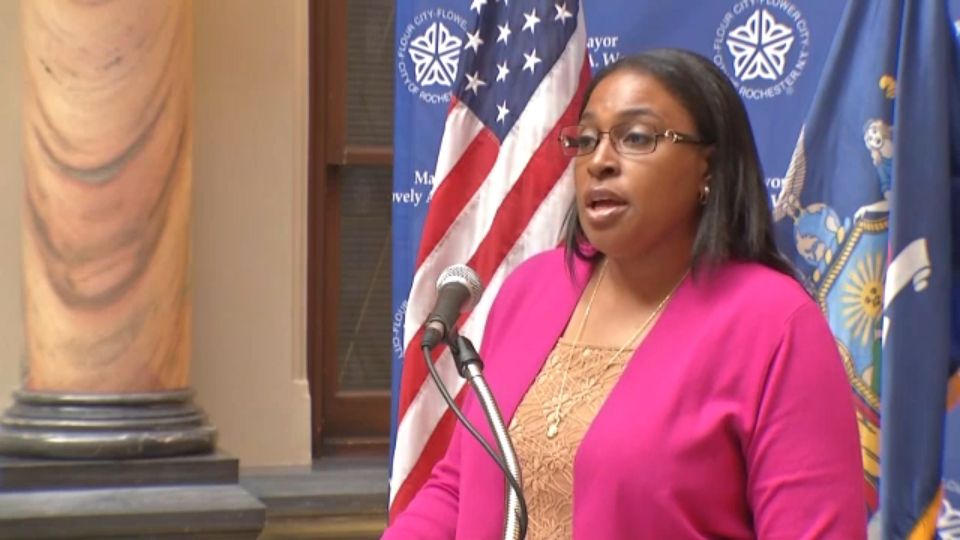 Singletary was due to leave his post after he abruptly announced his retirement last week. Mark Simmons will be the Rochester Police Department's acting chief for the next 30 days.

The mayor also announced at the Monday news conference she is ordering a review of the department’s handling of Prude’s death.

Warren said further action cannot be taken until the report is concluded. The mayor was not shy to criticize the city, police, and even herself during the news conference.

“I am directing the office of public integrity to initiate a thorough investigation to determine if any employees, including me, violated city, or departmental policies or ethical standards,” Warren said. “I have instructed them to refer to any and all criminal an civil violations to the appropriate authority, including an independent law enforcement agency.”

The city’s Communication’s Director Justin Roj and the city’s Corporation Counsel Timothy Curtin are being suspended without pay following their “failure to act, inform, and follow policy and procedures.”

The Mayor is also suspending her communications director and corporation counsel for 30 days without pay. @SPECNewsROC pic.twitter.com/WkSYVEuMHD

Warren said she should have conducted a former review after learning about the video of Daniel Prude.

The mayor said there is a “pervasive problem in the Rochester Police Department.” She said the department only views things “through the eyes of the badge and not the citizens we serve.”

The deputy mayor has completed a preliminary investigation and study into the circumstances surrounding the death of Daniel prude in police custody in March, along with the months-long delay to the release of that information, and the question of who knew what and when.

Warren said she’s requesting the Department of Justice to investigate the Rochester Police Department, including past use-of-force incidents and body cam footage.

The mayor also says she has apologized to the family of Daniel Prude.

Monday morning, Rochester City Councilmember Mary Lupien and Monroe County Legislator Rachel Barnhart called on the U.S. Department of Justice to review how police responded to demonstrators and whether the civil rights of protesters were violated.