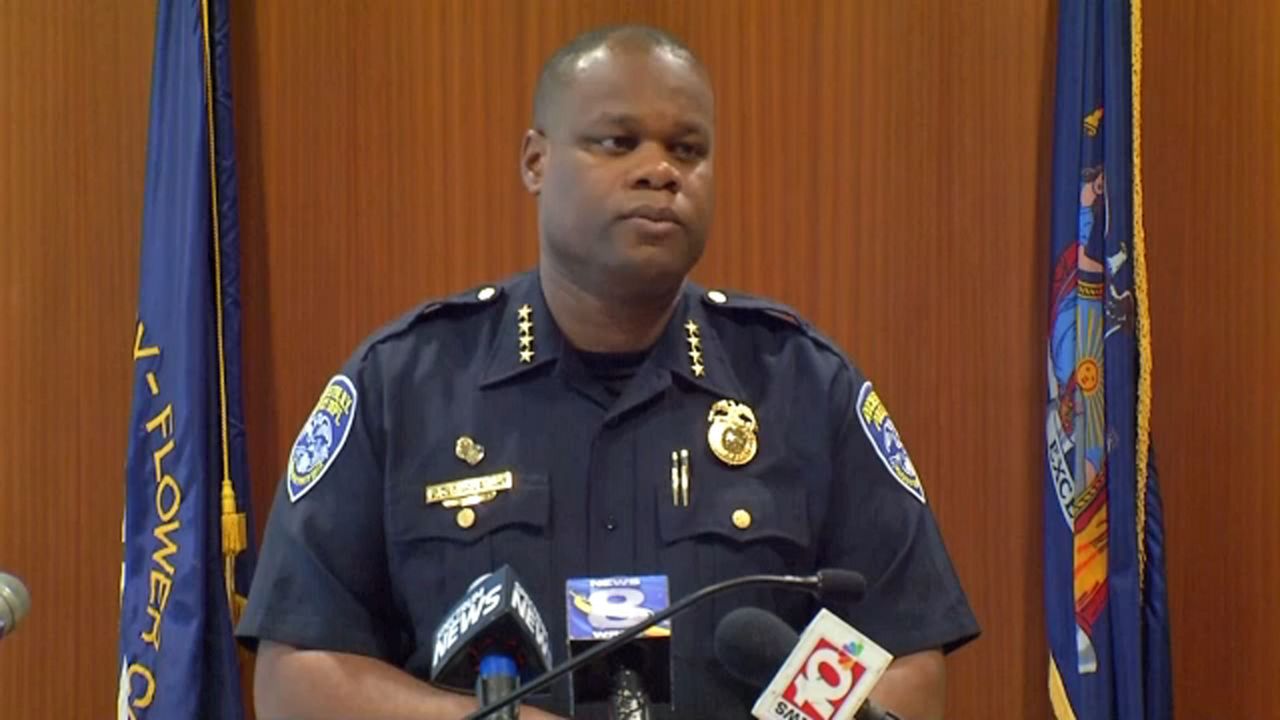 Rochester Police Chief La'Ron Singletary and four other RPD leaders announced Tuesday they would leave the ranks of command on the force. Singletary, the two other retirement announcements, and the move by two others to a previous rank, is seen as a defiant response to how the city has responded to the death of Daniel Prude.

Singletary submitted his retirement paperwork and made Rochester Mayor Lovely Warren aware of his plans Tuesday, minutes before she was due to deliver an update to city council in an online briefing meant to offer transparency to the public, amid anger, protests and calls of a cover-up of Prude's death five months ago by the city.

In a statement announcing his retirement, Singletary defiantly defended what he has done through the Prude case:

"As a man of integrity, I will not sit idly by while outside entities attempt to destroy my character. The mischaracterization and the politicization of the actions that I took after being informed of Mr. Prude’s death is not based on facts, and is not what I stand for," he said.

As a man of integrity, I will not sit idly by while outside entities attempt to destroy my character. The events over the past week are an attempt to destroy my character and integrity. The members of the Rochester Police Department and the Greater Rochester Community know my reputation and know what I stand for. The mischaracterization and the politicization of the actions that I took after being informed of Mr. Prude’s death is not based on facts, and is not what I stand for.

I would like to thank the men and women of the Rochester Police Department, as well as the Rochester Community for allowing me the honor of serving as your Chief and fulfilling a lifelong dream. I look forward to continuing to serve our community in my next chapter."

The sudden announcements, also hailed a victory by citizen groups, including Black Lives Matter, who have demanded answers, resignations and change in policing since it came to light that Prude died March 30, seven days after an RPD response to his reported mental health crisis.

The Warren administration said it was blindsided by the news. Warren shared with councilors in the briefing that new information had come to light prior to the council briefing that played a role in Singletary's retirement. She said the chief had been doing a good job and that she did not ask the police chief to resign.

"He feels that the events that have happened were not done in a way that, it could have been handled differently," Warren said. "But he did not in any way try to cover this up."

Council adjourned the briefing after receiving the news.

Singletary, 40, is a 20-year veteran of the Rochester police force. He emerged during a national search as the city's police chief in 2019.

Singletary was admonished by the mayor the day after the Prude death became a community-wide and national flashpoint following the release of police camera video by Prude's family appearing to show RPD officers restraining Prude until he lost consciousness March 23.

Just hours after the mayor said she did not know about the case until August, and Singletary said no officers were suspended for their response because it appeared they followed protocol, Warren changed course.

She appeared at a news conference without Singletary, saying her police chief had informed her in March that Prude's death was being investigated as a drug overdose in police custody. Warren said she was deeply, personally and professionally disappointed by Singletary and that she had reprimanded the chief.

After the start of what would be a week of public demonstrations that, at times, included conflict between police and protesters, Warren appeared with Singletary, standing by her chief again.

The mayor, speaking to the media two hours after the RPD leadership changes broke, said the news was sure to bring more questions for which she could not provide immediate answers.

"While the timing and tenor of these resignations are difficult, we have faced tough times before. I truly believe we will get through this," said Warren.

Warren told city council on Tuesday that Singletary "didn't in any way try to cover this up."

The community group Free the People Roc, one the organizers behind the protests, say that they "accept Police Chief La’Ron Singletary’s resignation and the resignations of the entire RPD Command Team. Our movement for justice is winning, and it’s because of this incredible community, showing up night after night."

Singletary said he will remain on as chief through September. The Warren administration has yet to announce an interim chief. It intends to conduct another search for Singletary's replacement.