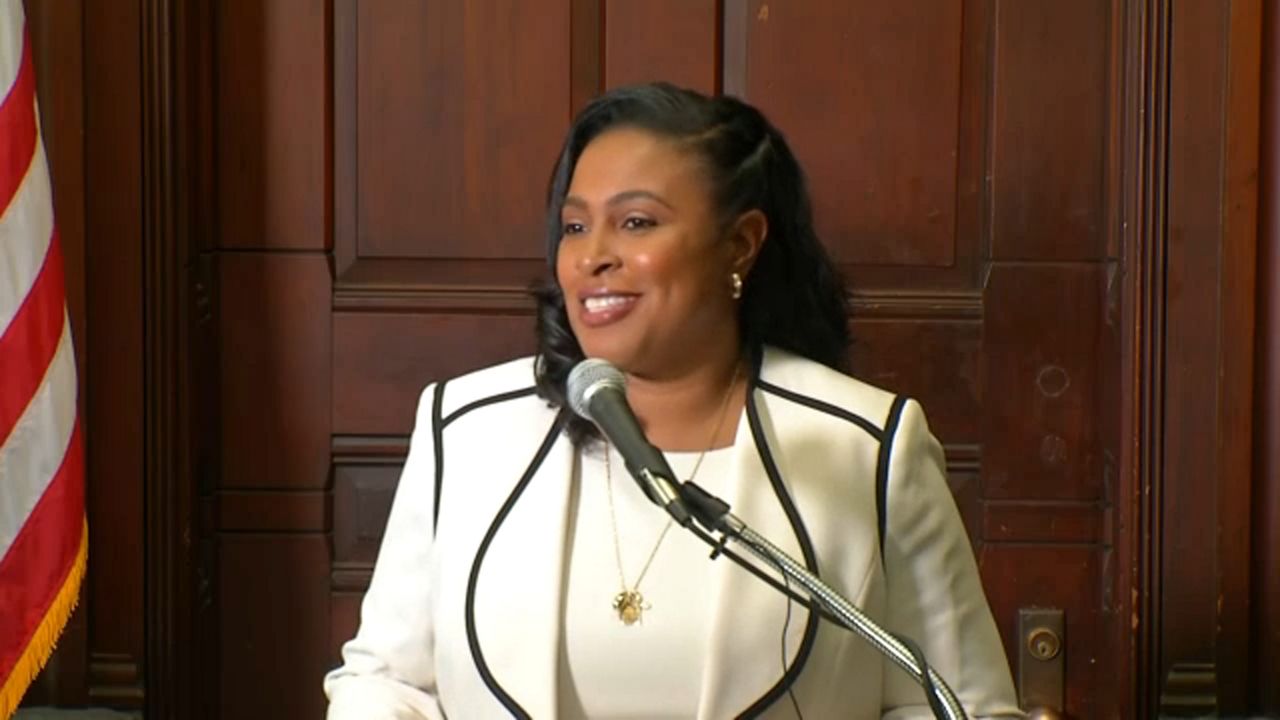 ROCHESTER, N.Y. — In a news conference Thursday, ​Rochester Mayor Lovely Warren said she "did nothing wrong" after her husband Timothy Granison was arrested on federal gun and drug charges.

The mayor opened her statements by saying “let’s ask ourselves why?” – referring to this situation and the difficult circumstances of her life over the past year.

“Many emotions have gone through my head, starting with confusion, anger, betrayal, and hurt,” Warren said.

The past year has been challenging for the mayor with the passing of her mother, mentor, civil unrest in the city and an indictment on campaign finance charges. Now, she faces the arrest of her husband.

“I woke up to the fact that the man I have signed a separation agreement with many years ago, and both of us making a conscious decision in the interest of our child to co-parent together, is accused of committing a crime,” said Mayor Warren.

The mayor said she hasn’t spoken to her husband Timothy Granison since he was arrested, and she did not defend his alleged actions. Instead, the mayor paints herself as a victim and calls her husband’s arrest and the investigation politically motivated.

“I find the timing of yesterday’s events, three weeks before early voting starts, to be highly suspicious; there’s nothing implicating me in these charges announced today because I’ve done nothing wrong,” said Mayor Warren.

Despite it being her husband who was charged, the mayor believes people are trying to break her and end her political career.

“We need to ask ourselves, if this is not about politics, why is Tim’s next court date June 21, the day before primary day? Now that’s quite the coincidence; now, when you figure out those answers to those questions, come find me, because I’ll be working,” Warren said.

While the mayor claims the timing of her husband’s next hearing is fishy, it’s a request his attorney made in court to adjourn for 30 days.

The mayor did not take questions from the press and immediately left after her statements on Thursday.

Warren, who was indicted in a campaign finance fraud case in October and faced calls to resign last summer over her handling of the death of Daniel Prude, will face city council member Malik Evans in next month's mayoral Democratic primary as she seeks a third mayoral term.