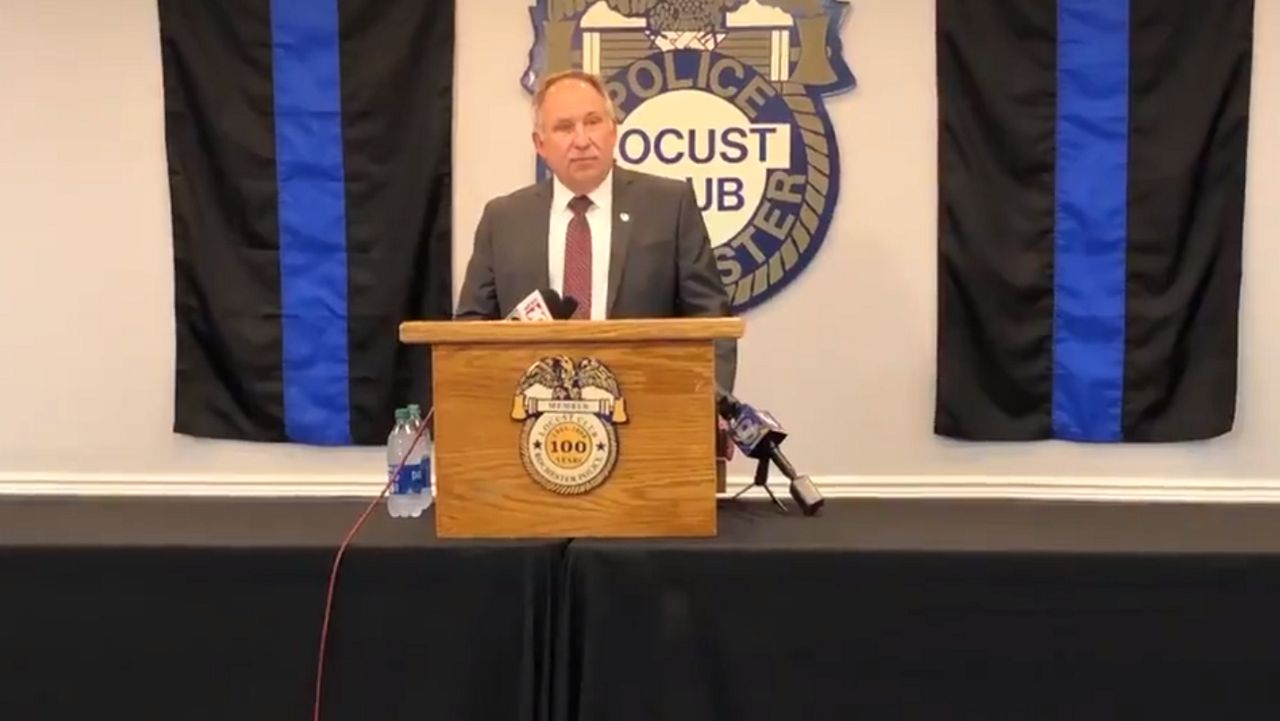 Michael Mazzeo calls for Mayor Warren to resign in the wake of everything happening. @SPECNewsROC pic.twitter.com/LXeIiGgggf

This comes a day after Rochester Police Chief La'Ron Singletary and other RPD command staff announced they would retire.

Protests have taken place in the city for the past week in the wake of the release of body camera footage showing the arrest of Daniel Prude in Rochester in March. Prude would die in police custody a week later.

Mazzeo said the Locust Club supports the attorney general’s office in moving forward with a fair and impartial investigation into the Prude case.

He claims it’s clear to all that the mayor has been less than truthful, saying the confidence of the people and members of the force have been lost.

"The needs of the community, the direction of the police department and most importantly the safety of the community cannot effectively be carried out with Mayor Warren remaining in office," said Mazzeo.

In response, Mayor Warren issued a statement, saying instead that it time for Mazzeo to resign, and that his "archaic ways of policing are no longer wanted in the City of Rochester."

“For 30 years, the problem with policing in Rochester are cops like Mike Mazzeo that watch the video of Daniel Prude’s death and see nothing wrong.

Who believe there is nothing wrong with driving Mr. Prude’s head into the street. Who believe there is nothing wrong with other officers standing by, joking and failing to intervene while Mr. Prude is dying. Who think its fine to just casually ignore him as he takes his last breath, and then callously and falsely inform his brother who begged for him not to be harmed.

Mike Mazzeo and his ilk exist only to protect and serve themselves, and certainly not the people of the City of Rochester.

It is time for Mike Mazzeo to resign, because his archaic ways of policing are no longer wanted in the City of Rochester."

Mazzeo said there’s a need for change when the entire command staff walked out. He said he saw it coming, and heard enough frustration to anticipate it.

More from Mazzeo: He has no plans to resign and plans to stick it out. pic.twitter.com/TmwkQXQmz8

The Locust Club says there’s a lot of stress and pressure on officers right now with the changes in leadership.

Although the command staff has resigned, Mazzeo says he has no plans to leave. He said it’s his passion and commitment to support them, and he will not walk away at this point in time.

This is a developing story that will be updated as more information becomes available.