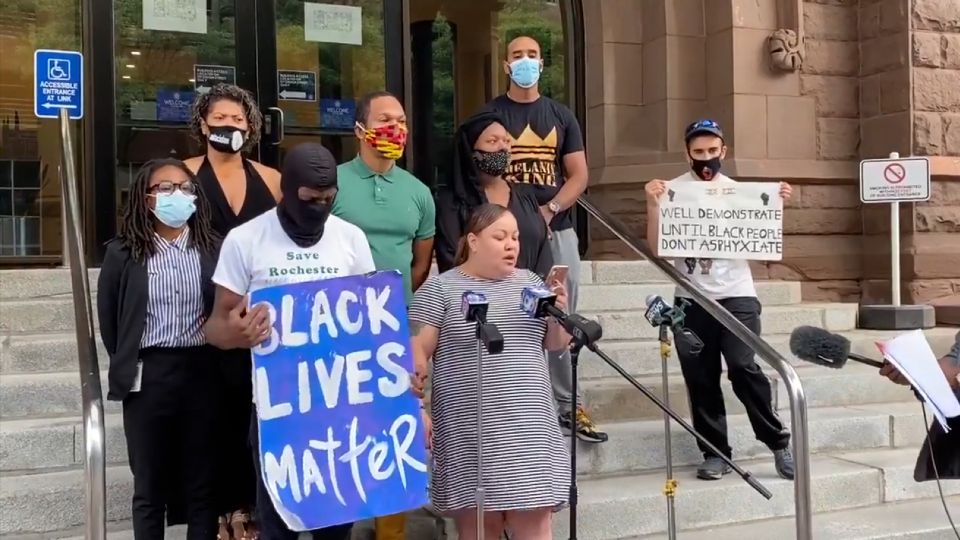 The Community Justice Initiative in Rochester is one of multiple groups calling for change in the name of Daniel Prude. Members rallied at Rochester City Hall Thursday morning.

They, like others, are saying that the death of Prude was a cover-up by city leaders, and the officers responsible for his death need to be held accountable.

“Mayor Lovely is disingenuine, a traitor to the Rochester Black community, and can no longer be entrusted to lead our city," said Jasmine Holliman of Community Justice Initiative.

In front of City Hall now. BLM protestors with the Community Justice Initiative holding a press conference calling for Rochester Mayor Lovely Warren to resign for “covering up” the death of Daniel Prude pic.twitter.com/E1YvrPT4DI

CJI called for the resignation of Rochester Mayor Lovely Warren as well as the police chief.

They want the officers involved arrested.

The group says the mayor still hasn’t said anything to the family of Prude and they are upset about what they say is a lack of transparency by city officials. CJI members believe the public should have known about Prude’s death in March when his death occurred.

“If you covered up a homicide for six months, I think that's criminal. So, of course, they should resign because the people have lost confidence in them," said Miquel Powell, another CJI member.

Powell was a member of the Rochester Police Accountability Board but he resigned earlier this week. He says he is tired of still seeing Black people dying at the hands of police nationally and now locally.