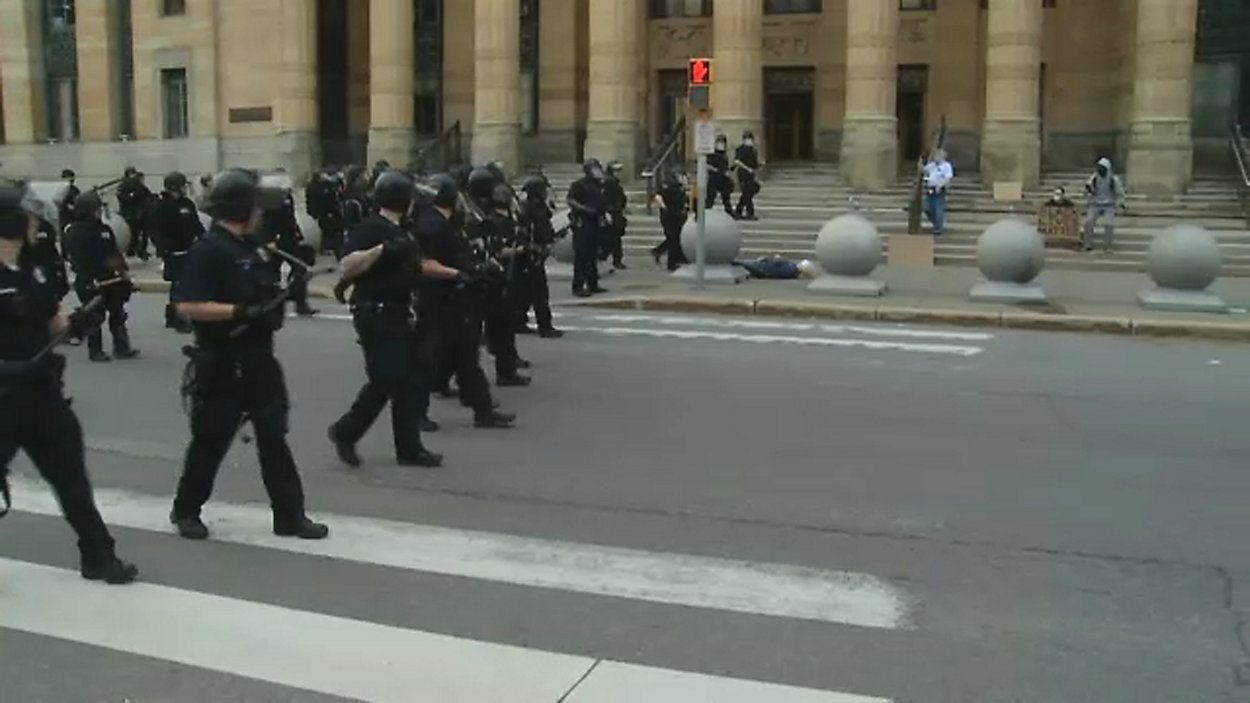 BUFFALO, N.Y. — Charges against two Buffalo police officers involved in an incident with a 75-year-old protester in Niagara Square last June have been dismissed.

Video from the incident gained national attention in the wake of George Floyd's death.

Current situation in #Buffalo as police work to enforce the 8 p.m. curfew in Niagara Square. Caution: there is some vulgar language in the video. Tune to @SPECNewsBuffalo for the latest. Video Courtesy: Photojournalist Anthony Nelson pic.twitter.com/nP4AXgQGeR

DA Flynn says the charges were considered a felony due to the protester, Martin Gugino, being over 65 and the officers being more than 10 years younger.

Flynn adds that a grand jury with over 20 people made the decision and the video was the main piece of evidence.

There are no further charges against the officers.

Flynn made it clear Gugino should not have been involved with the officers but admitted he did break the law that day.

Spectrum News spoke to Gugino following the announcement. He said it was a little surprising but he still defends his actions in Niagara Square that day. He says it comes down to First Amendment rights and tackling policing issues.

"People were coming in to complain to the government, Black Lives Matter, a completely legitimate protest, did it endanger anything? No. What is the need to stop it? What if they wanted to go on for four days? Yeah, let them. There's no reason for police to break that up short of them thinking they're some kind of lawless action about to take place or imminent, clear and present danger to somebody over something, no. And the police need to know that," Gugino said.

“As we have stated all along, Officers McCabe and Torgalski were simply following departmental procedures and the directives of their superiors to clear Niagara Square despite working under extremely challenging circumstances."

"The Buffalo PBA remains in staunch support of Officers McCabe and Torgalski."