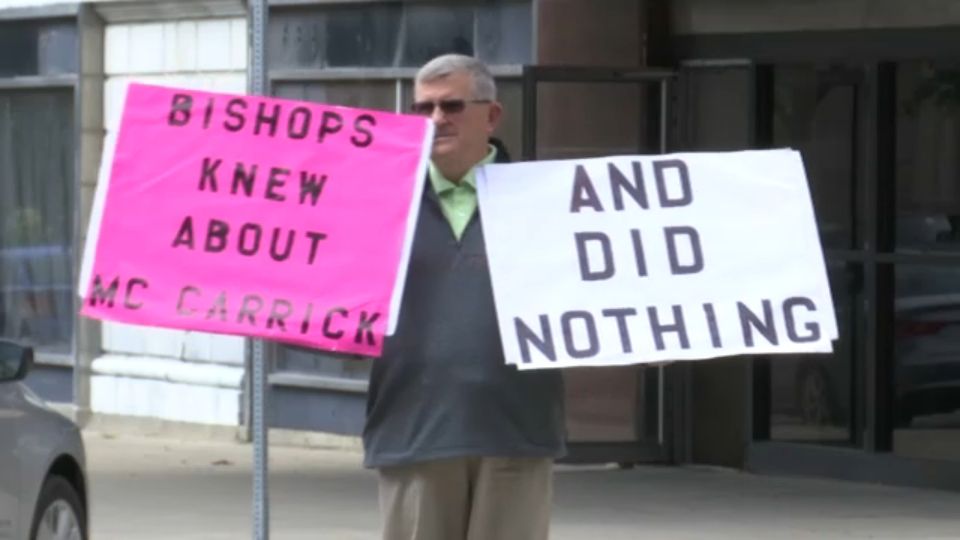 BUFFALO, N.Y. — Right across the street from the Buffalo Convention Center where one of the highest-ranking members of the Catholic Church, Archbishop Christophe Pierre, was the keynote speaker at the Catholic Charities National Convention, a handful of protestors carried signs calling for the head of the Buffalo Diocese Bishop Richard Malone to step down.

"We're here to reiterate our message that Bishop Malone has to go and that Archbishop Pierre has to petition the Vatican to assign leadership that will lead the people and not simple continue the cover-up that has gone on here for decades,” said Robert Hoatson of Road to Recovery.

Inside the Buffalo Convention Center the Popes representative is the keynote speaker at the Catholic Charities national convention. Outside protectors are calling Bishop Malone’s resignation for the churches mishandling of priest sexual abuse. pic.twitter.com/2d3SRxHtTK

His organization helps the victims and survivors of sexual abuse. He believes Malone participated in the cover-up of clergy sexual abuse of children, teenagers and vulnerable adults.

James Faluszczak is one of those survivors.

"If they have any shred of shame for what's gone on. If they have any awareness of how this looks to the average Catholic, let alone Bishop Malone's credibility, he needs to just move on," Faluszczak said.

Several people said off camera after the convention that Archbishop Pierre made no mention of the church’s priest sex abuse scandal in his remarks.

Earlier this month, Malone read a statement saying although he fell short in handling allegations of sexual abuse, he will not resign.

We have no idea whether Archbishop Christophe Pierre addressed the issue of priest sexual abuse at the Catholic Charities Covention because media was not allowed inside. They said it was a private event. Protesters were also told to move across the street. What’s to hide? pic.twitter.com/YqXSx9pLu8