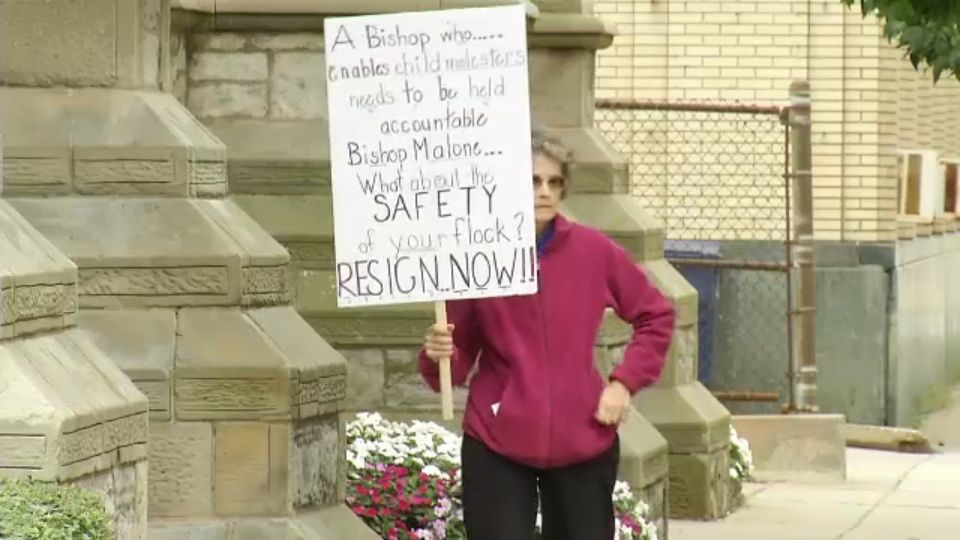 BUFFALO, N.Y. -- In the midst of sexual abuse allegations rocking the Buffalo Diocese and Catholic Church, several priests have left their assignments.

Other departures this week included the Diocese's communications director and three board members of Catholic Charities.

Board members Julie Snyder, Christina Orsi and Faren Gault Wilson did not immediately return a request for comment on why they left the agency.

Next on @SPECNewsBuffalo at 11PM - Three Catholic Charities board members have left the agency. Plus, The "Time's Up: Catholics Demand Truth" national campaign is in #Buffalo this weekend. #TimesUp #MeToo pic.twitter.com/0m8FME2rdm

The "Time's Up: Catholics Demand Truth" national campaign reached Buffalo this weekend, demanding accountability within the church and that Bishop Richard Malone step down.

"Nothing is going to change until our church — this mess is cleaned up," said Peg O'Connor.

In Malone’s latest bulletin to the church he stated he plans to stay until his retirement in 2021.

Some Catholics told Spectrum News despite their discontentment they are too afraid to speak out.

"It’s very scary," said Joyce Persico. "I'm trembling right now because we've been taught that these men — who are only men — are authorities over us."

Others have expressed their concerns with the church and the scandal surrounding via social media.

Employees at Catholic Charities directly addressed Bishop Malone and shared their disagreement with the cancelation of the agency's foster/adoption program.

A civil investigation has also begun on how the church handled and/or possibly covered up those cases.

"During my time as bishop here, I have made significant changes in the way this diocese responds to the abuse crisis.  Among other things, I published a list of offending diocesan priests and I instituted the Independent Reconciliation and Compensation Program.  Those decisions were criticized by some, but I made them with the goal of providing healing and some measure of justice. I have also felt firsthand the deep pain of victims as I have personally met with victims, listened to their stories and personally apologized to them.  These encounters have left me heartsick, and have been a personal call to contrition and repentance.”