After enjoying warm afternoons in recent weeks, many of us had to turn the heat back on the last couple of mornings.

Friday was the second morning in a row for record lows to be broken or tied for several cities in the state. 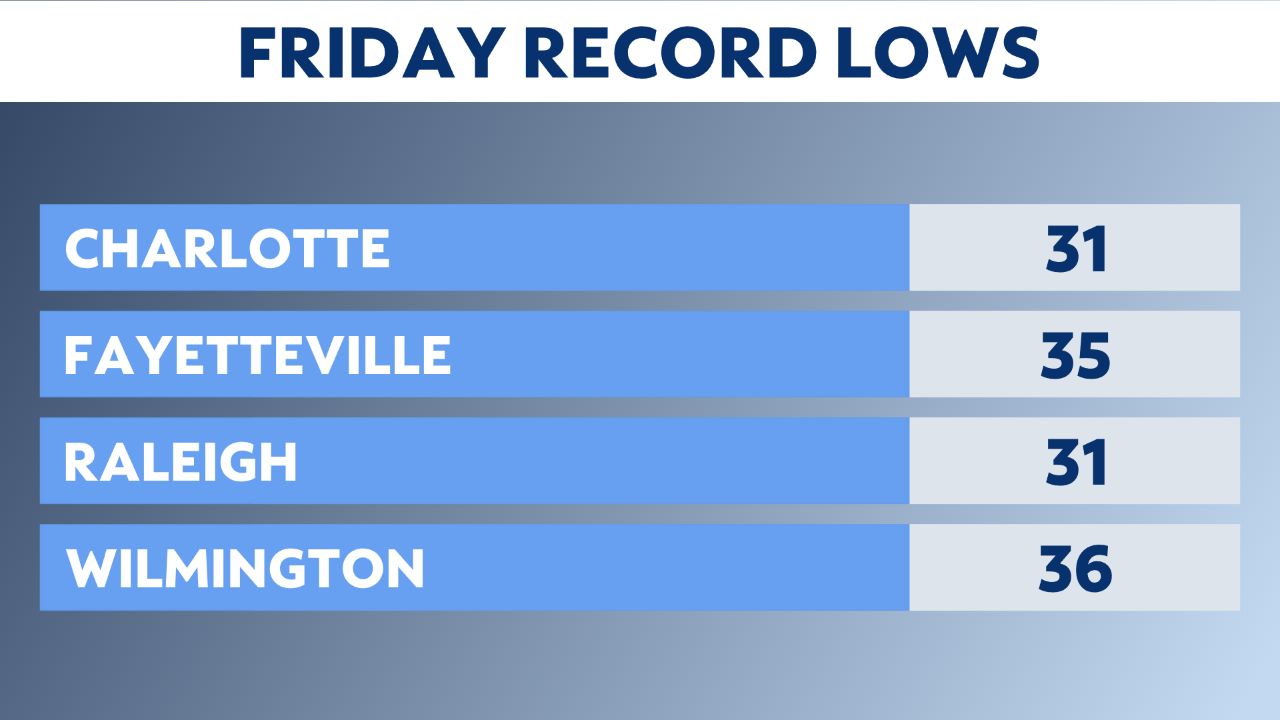 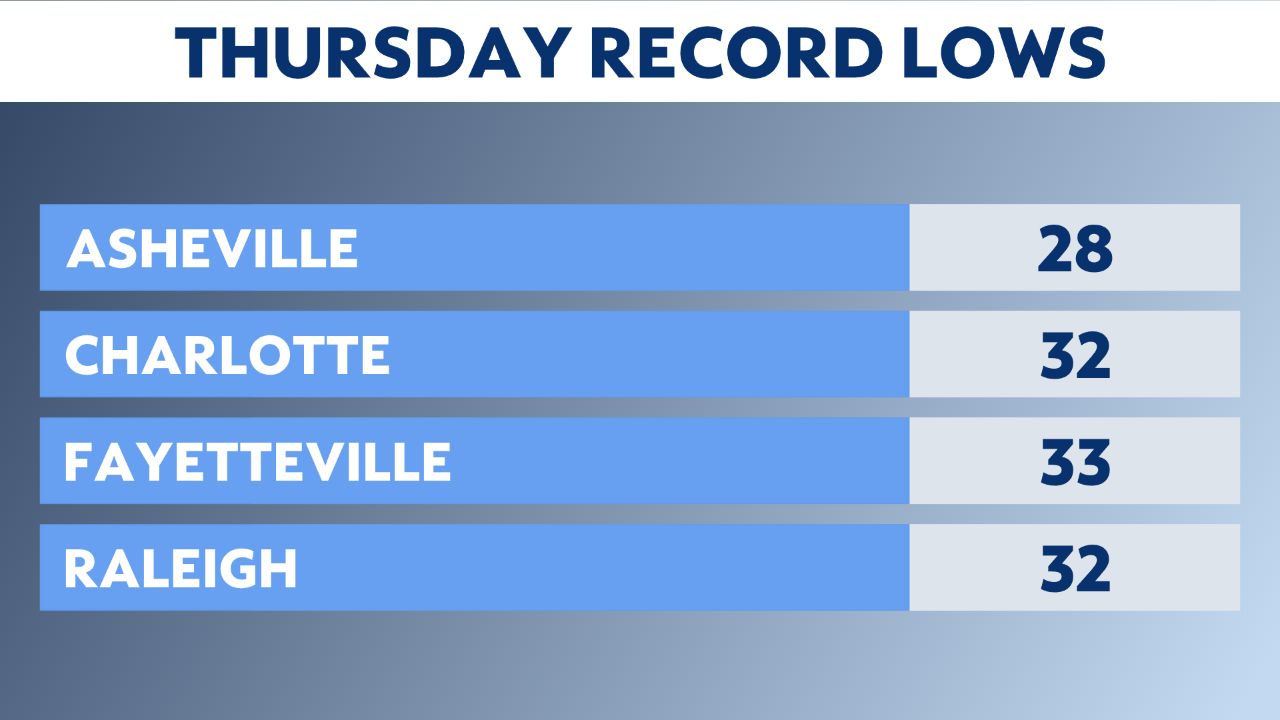 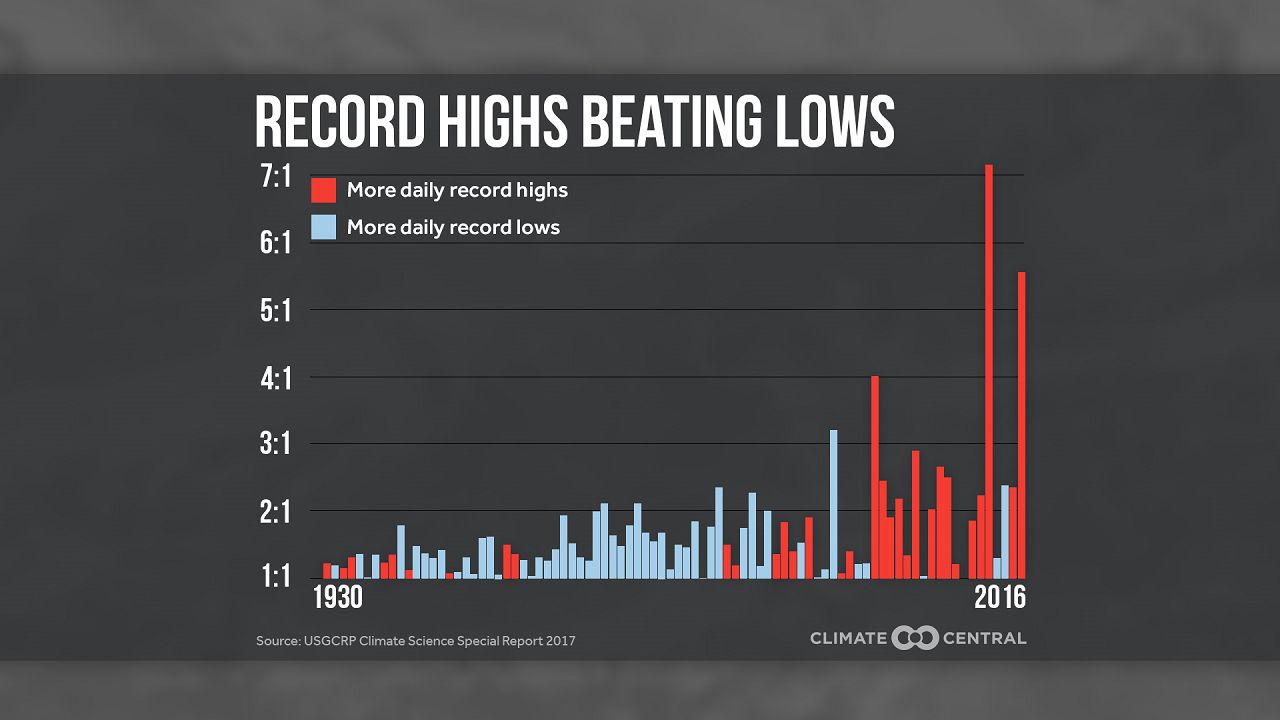 The North Carolina Climate Science Report, updated in September 2020, shows that overnight temperatures have been warming at a faster rate than afternoon highs in North Carolina. The five-year period from 2015 through 2019 set a record for the warmest low temperatures in the state.

A 2016 study from the National Center of Atmospheric Research and Climate Central suggested record highs could outnumber the number of record lows across the country by a ratio of 15 to 1 at the end of this century.