Home split in half during Hurricane Fran. Photo courtesy: FEMA

As Hurricane Delta approached the Louisiana coast Friday, I asked Spectrum News 1 viewers to imagine what it would be like to be hit by two hurricanes in the same year. Of course, some of us don't have to imagine it.

Residents of southeastern North Carolina in 1996 lived through that experience.

Hurricanes Bertha and Fran both made landfall that year at almost the same spot south of Wilmington near Southport and Bald Head Island. 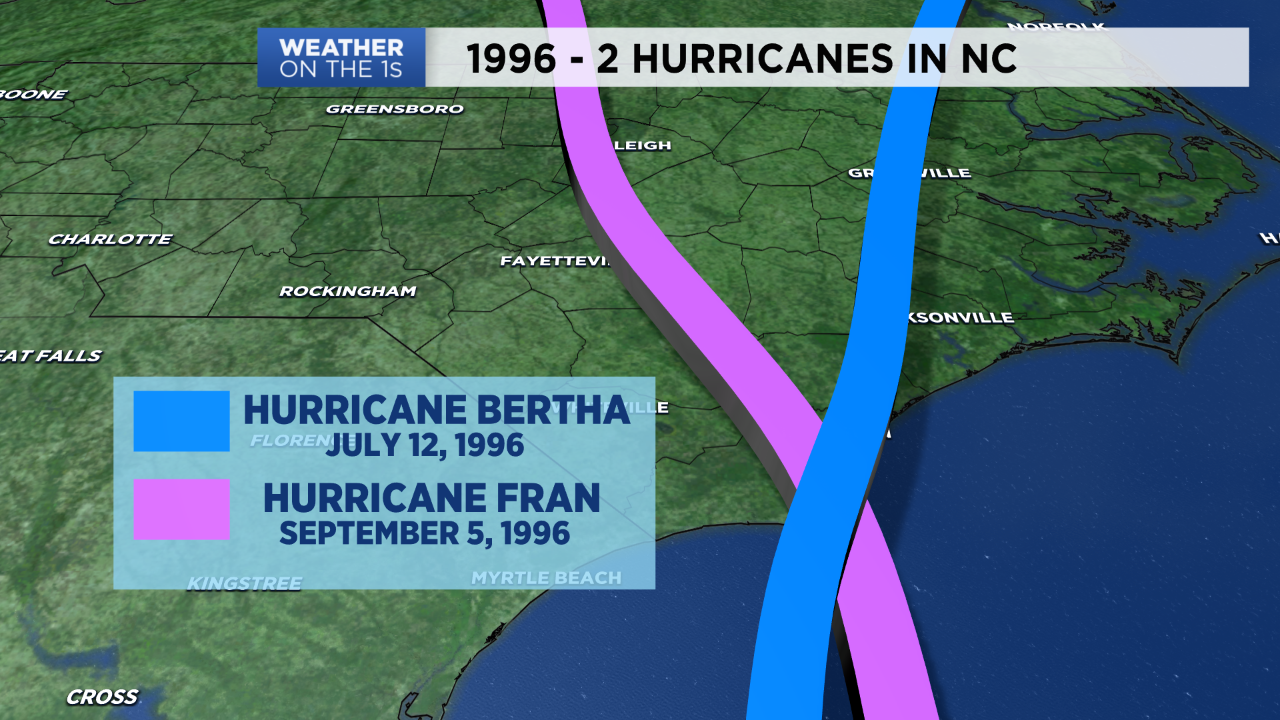 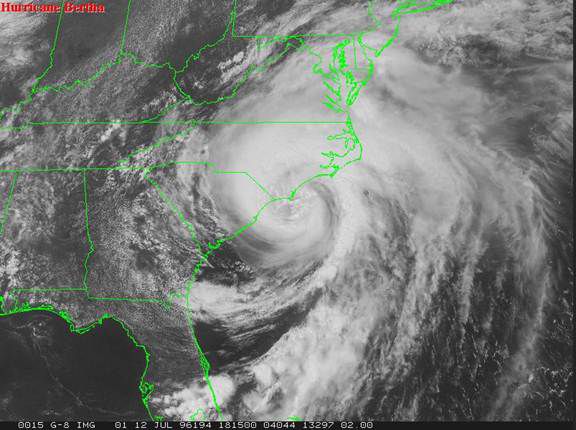 Bertha hit on July 12, 1996 as a Category 2 hurricane. According to records from the National Weather Service, the storm killed 12 people and caused $270 million in damage. 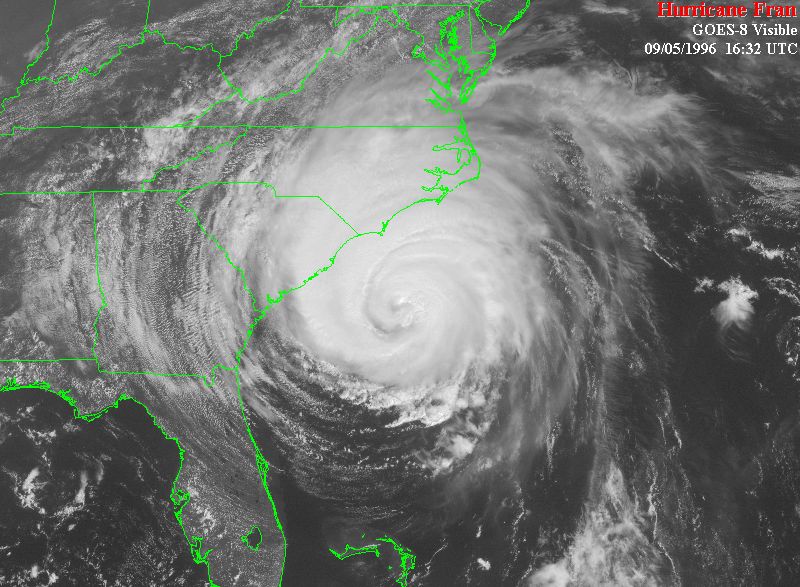 Less than two months later, Hurricane Fran hit on September 5, 1996 as a major Category 3 hurricane. Once inland, it took a slightly different path and produced hurricane-force wind gusts as far inland as Raleigh.

Fran is the last major hurricane (Category 3 or stronger) to make landfall in North Carolina.

It Almost Happened Again in 1999

The mid and late 90s were quite active for tropical systems in North Carolina.

Three years after Bertha and Fran, there were three tropical systems that combined to produce devastating flooding in the eastern part of the state.

Hurricane Floyd was technically the only hurricane to make landfall in southeastern North Carolina that year though.

Prior to Floyd, Dennis stalled off the coast and eventually moved inland as a tropical storm. It set the stage for long lasting river flooding just over a week later with Hurricane Floyd. 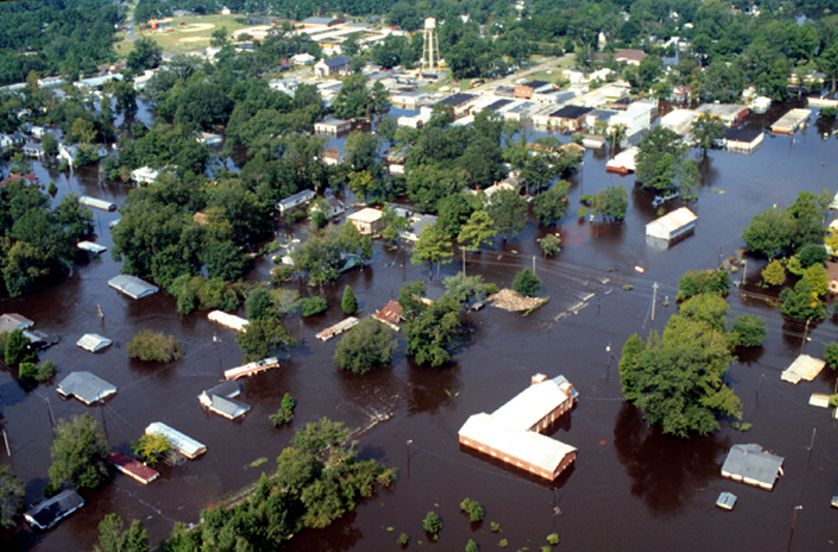 Later in the season, Hurricane Irene moved up the coast producing heavy rain, but it did not make landfall.

Hurricanes hitting the same location twice in a season is rare, but it's not just limited to North Carolina and now Louisiana. It also happened in Florida in 2006.

It happened in 2004 too. South Hutchinson Island FL. Hurricane Frances and Jean.