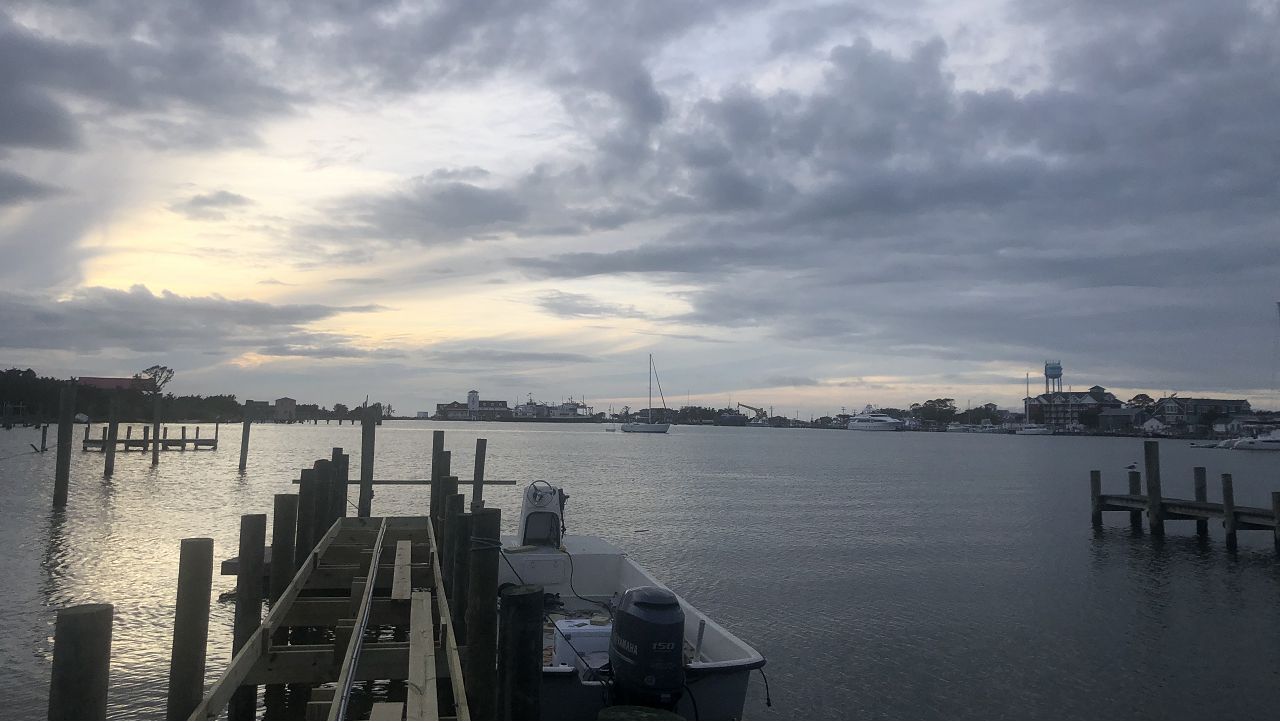 OCRACOKE, N.C. -- Ocracoke has a long history with hurricanes.  As the powerful storms get stronger, producing heavier rain and higher storm surges, residents on the remote island are adapting to the changing storms.


Hyde County Commissioner Tom Pahl is the only elected official who lives on Ocracoke. He owns a construction company in the village and has called the community home for around 15 years. He described the level of concern for future hurricane seasons as, “Green, yellow, or red?  It’s red.  We have to take this seriously.”

Like many Ocracoke residents last September, Tom stood on his front porch and watched the storm surge from Hurricane Dorian overtake the village. He told us, "We had never seen anything like that."

The storm surge from Hurricane Dorian was the highest ever measured on the island, surpassing the previous record set by Hurricane Matthew just three years prior.

The flooding took many by surprise. Tom said, “All through the storm, I was getting phone calls and text messages about people who were trapped and in trouble.”

More trouble could be coming for the Outer Banks as a rising sea levels adds to the storm surge of future hurricanes.

We spoke with Reide Corbett who has been studying North Carolina's barrier islands for around 20 years.  He's now the executive director of East Carolina University's Coastal Studies Institute in Wanchese.

He told us events like Dorian that we now would describe as extreme are likely to become more common.

From our time on Ocracoke, it appears many people are listening to Reide and the advice from other scientists.  We saw numerous homes that are being raised higher as they are being repaired after Hurricane Dorian.

Pahl and others said there are around 200 homes on the list to be raised.

Corbett warns that some homeowners will face even more difficult decisions.  “There will be places that we need to sit back and think hard. Should we rebuild?  Is it enough to rebuild higher?” asks Corbett.


Why Stay on Ocracoke?

If you have never made the trip to this unique place in the Outer Banks, you may ask -- why not just move away?  Most will be very quick to tell you that it is not that simple.

In the first part of our series on Ocracoke, we met father and daughter Philip and Amy Howard.  Their family has lived on the island for generations and runs the Village Craftsmen. As Philip put it, “We’ve had a business here for 50 years. We've got 150 craftspeople. We have houses.”

Those that have not lived here as long say the same thing. We met Ocracoke's only physician, Erin Baker, in the second part of our series.  “This is where I raised my kid.  I’ve been here 10 years.  It’s a beautiful place... a natural place. I love Ocracoke,” says Dr. Baker.

Tom Pahl says there is yet another concern for everyone that calls this beautiful place home.  He said the biggest weakness when it comes to future hurricanes is Ocracoke's transportation infrastructure.

Storms often wash out Highway 12, the road that leads from the northern end of the island to the the village. The North Carolina Department of Transportation has always repaired the road and rebuilt the dunes along it after every storm.

It is not just the road, as you have to take a ferry just to get to Ocracoke's roads.  It's the only way to get on the island and the only way to transport supplies that people need to live here.  Storms have also been changing the routes that ferries can take.

The shortest ferry route to Ocracoke is from Hatteras.  That ferry ride takes around 20 minutes longer than it did several years as the original route can no longer be used due to shoaling that started from past hurricanes.