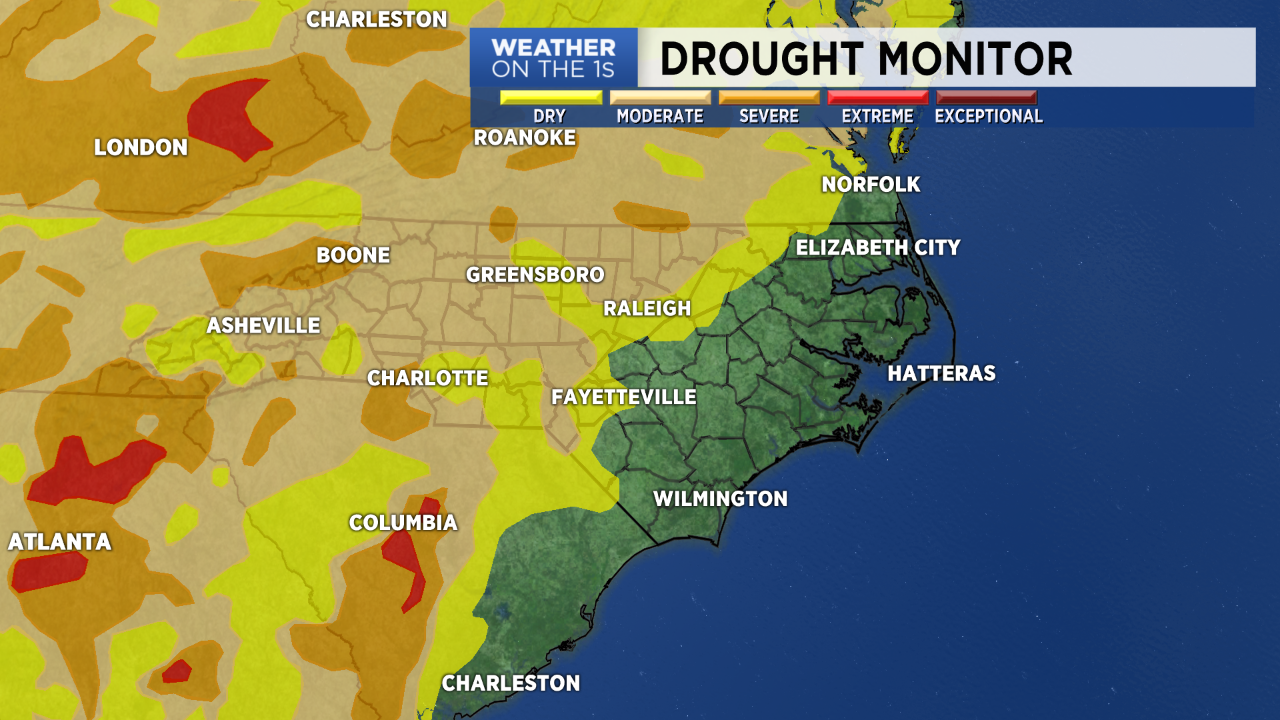 Locations near and east of I-95 in eastern North Carolina are the only parts of the state that do not have a moderate drought or abnormally dry conditions, which is considered the early stages of a drought. Coastal areas of the state benefited from soaking rains from Hurricane Dorian in early September. That was the last significant rain for the state. Most of the rest of North Carolina is running at least three inches below normal for rainfall since September 1. 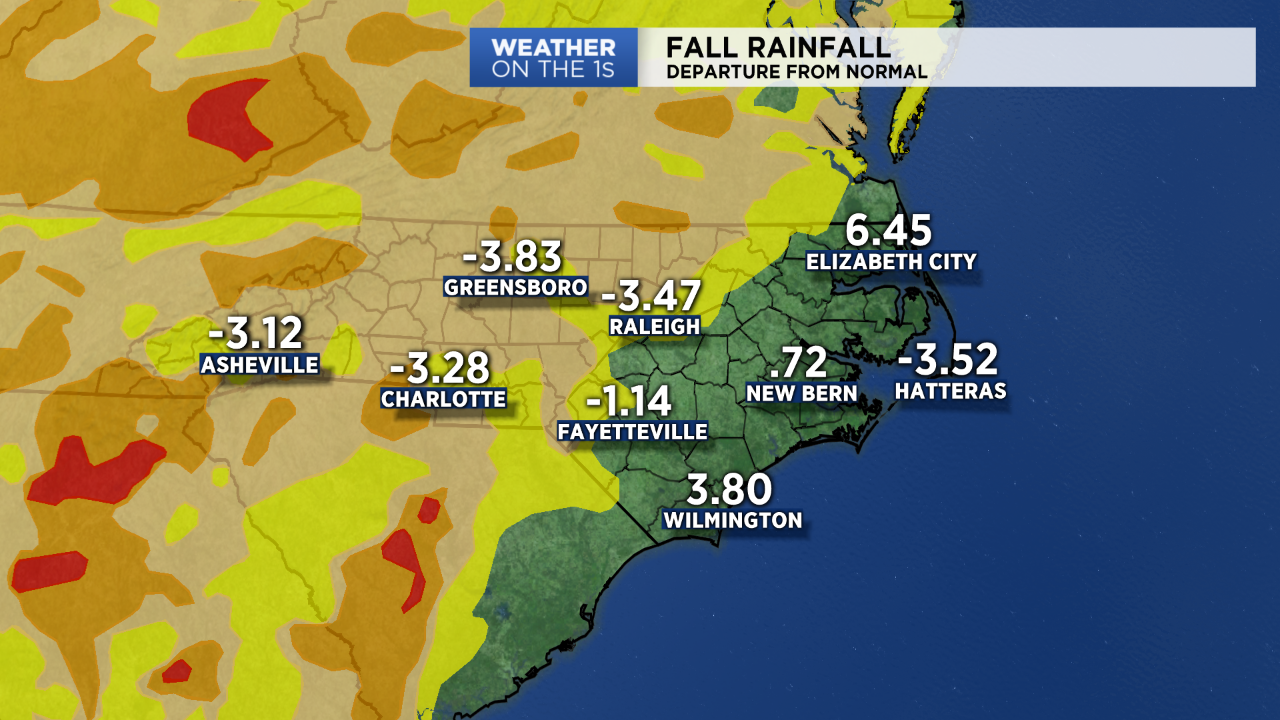 Farmers are already feeling the affects of the recent hot and dry weather. The latest weather and crops reports from the USDA noted several county extension offices reported concerns for the state's soybean, tobacco and corn crop. 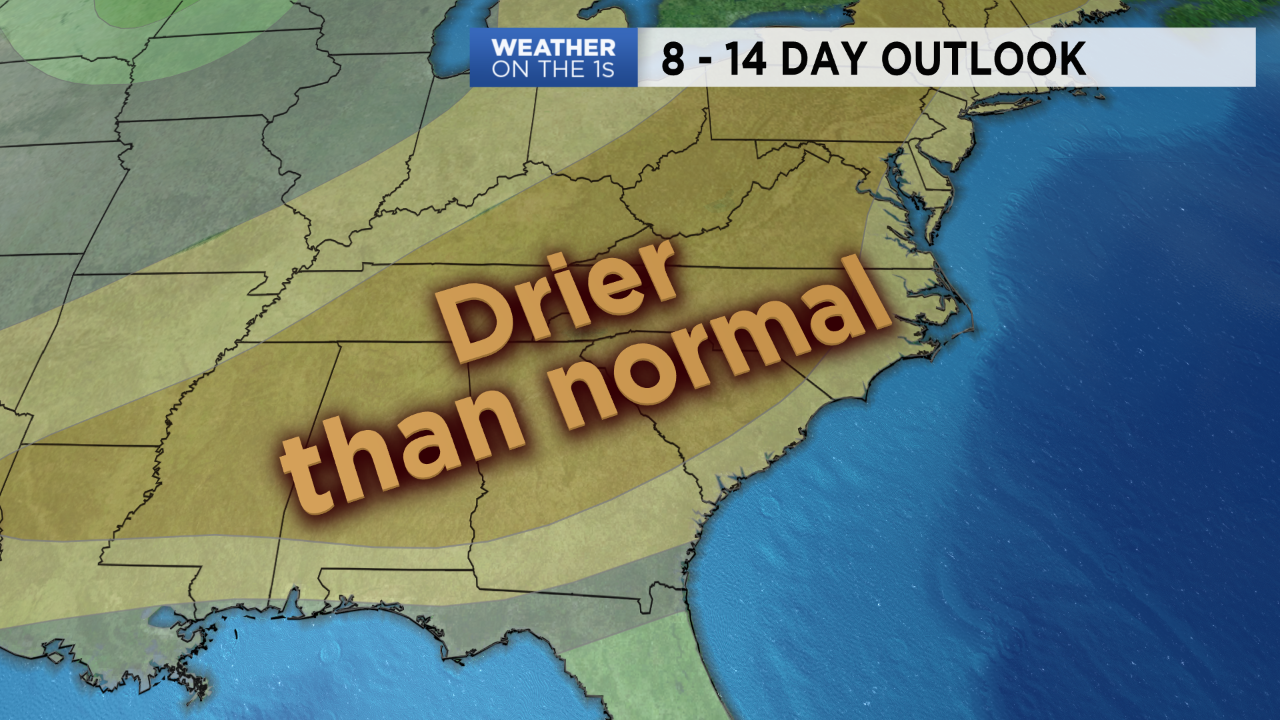