NORTH CAROLINA -- Wednesday and Thursday will be the ninth and tenth day in 2019 for a record high in the Triangle. There have been no record lows set at the Raleigh-Durham Airport so far this year.

Most years for the last couple of decades, record highs have been outpacing record lows across the country. That is according to a recent analysis by Climate Central that reviewed weather station data across the United States dating back to 1930. 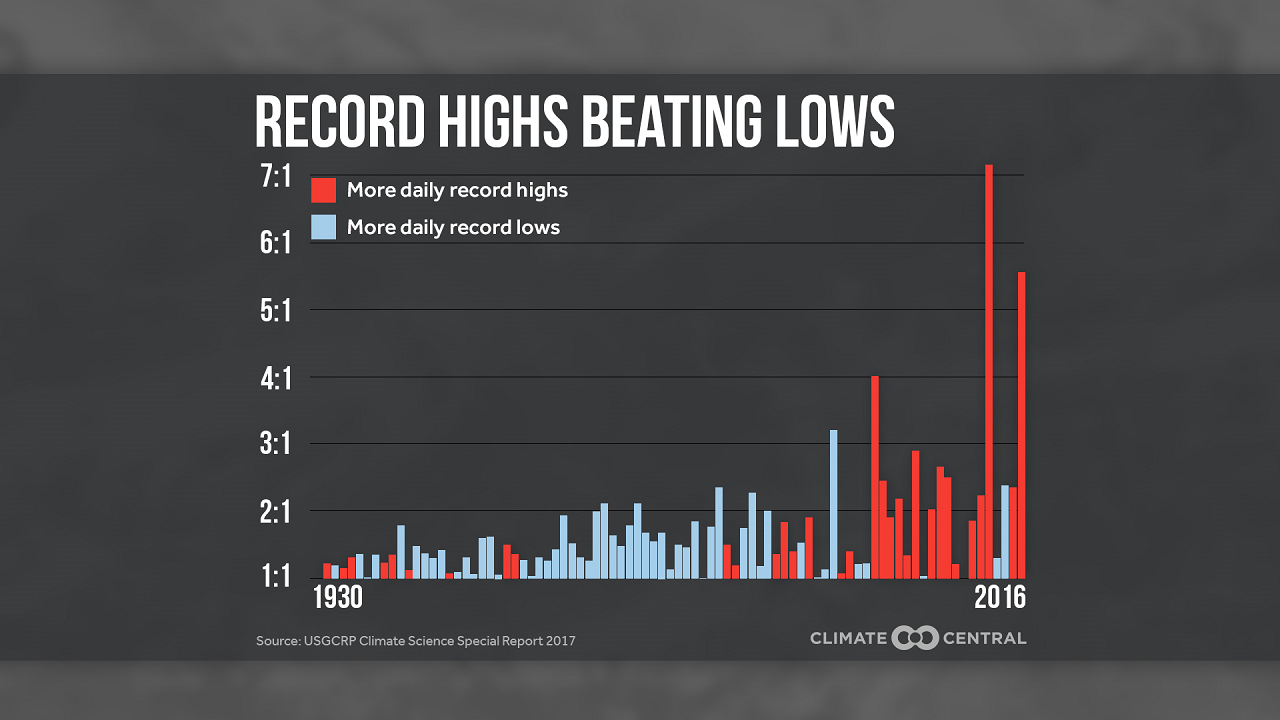 While some years will be cooler than others, the trend of more record highs compared to record lows is expected to continue as the earth's climate warms.

A 2016 study published in the Proceedings of the National Academy of Sciences found record highs may outnumber record lows by as much as 15 to one by the end of the century if trends in the emission of greenhouse gases like carbon dioxide continue.