Slushy roads near Winston-Salem are leading to slick roads. Photo by Taylor Neuman

Heavy rain and storms lead to snow in parts of N.C. Monday

A storm system that brought heavy rain and storms to parts of North Carolina late Sunday and early Monday morning is now producing snow in parts of the state.

A line of storms moved through central and eastern North Carolina Monday morning, producing damaging winds in some communities.

Those storms moved off the coast before 11 a.m., and the threat for severe weather has come to an end.

Wind gusts up to 40 or 45 miles per hour are possible into the afternoon in much of the state. 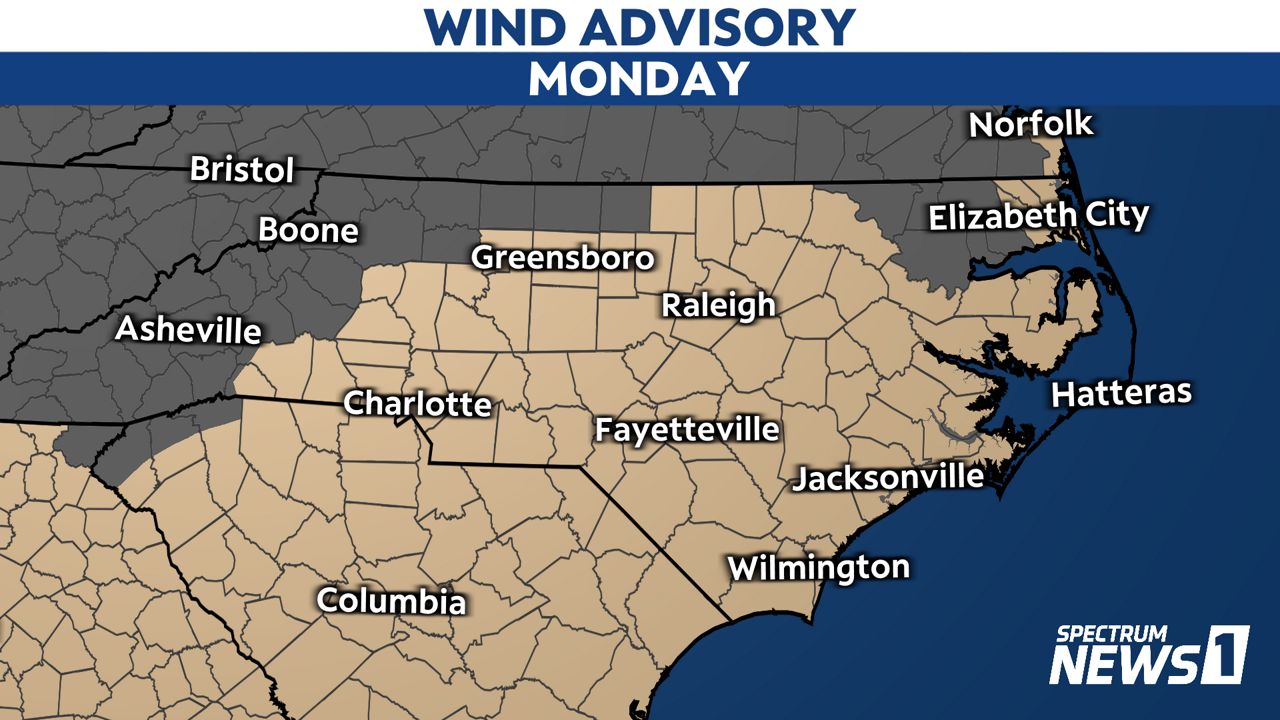 With a saturated ground, the strong gusts could lead to more downed trees and power outages.

Along the coast, the strong winds could lead to soundside flooding along the Outer Banks. Overwash could affect travel on N.C. Highway 12.

Rough surf conditions are likely along the entire coast with 7 to 15 foot waves offshore.

Heavy rain changes to snow for some

One rain gauge in the city of Raleigh has reported over three and half inches of rain.

Meanwhile at Crabtree Creek Trail, I’m standing at the top of the trail entrance at Capital Blvd. @SpecNews1RDU pic.twitter.com/QweOTeCduE

As cold air rushed in behind the storm system, the rain changed to snow before sunrise in western North Carolina, including Boone.

Well that took a quick turn out here @SpecNews1MTN pic.twitter.com/vtwj2FyATX

The state's high country has seen the most significant snow accumulations, leading to hazardous road conditions.

Later in the morning, the snow spread across the Triad, coating grassy surfaces. Some road surfaces north and northwest of Greensboro have seen a slushy build of snow causing slick conditions.

Snow pics from the Triad are coming in! These are from Janice Blevins in Winston-Salem..What does it look like at your house this morning?! #ncwx @SpecNews1Triad pic.twitter.com/87IYHdiiEO

Another accident on US Hwy 52 in Winston-Salem. Please drive safe, the roads are slick! @SpecNews1Triad pic.twitter.com/hO2hg76Ee4

By midday, the snow made it into the Raleigh and Durham areas.

The wet snow may continue through early afternoon in the Triangle and move into northeastern North Carolina through mid and late afternoon.

Click here for the latest hour by hour forecast for your area.