How Weather Caused the Loss of the Space Shuttle Challenger

January 28, 2021 marks the 35th anniversary of the loss of the Space Shuttle Challenger and her crew of seven astronauts.

The disaster rattled the country and was later blamed on the failure of O-rings in one of the solid rocket motors.

Weather played a major factor in the Challenger accident, but weather was a factor long before that fateful morning in January 1986.

The flight of Mission STS-51L, NASA's designation for the flight, was a special one. It was known as the "Teacher in Space Mission."  Christa McAuliffe, a school teacher from Concord, New Hampshire, would be on the spaceflight. The plan was for her to teach classes from the space shuttle as it orbited the Earth. NASA hoped to spark the interest in space and science with this mission. 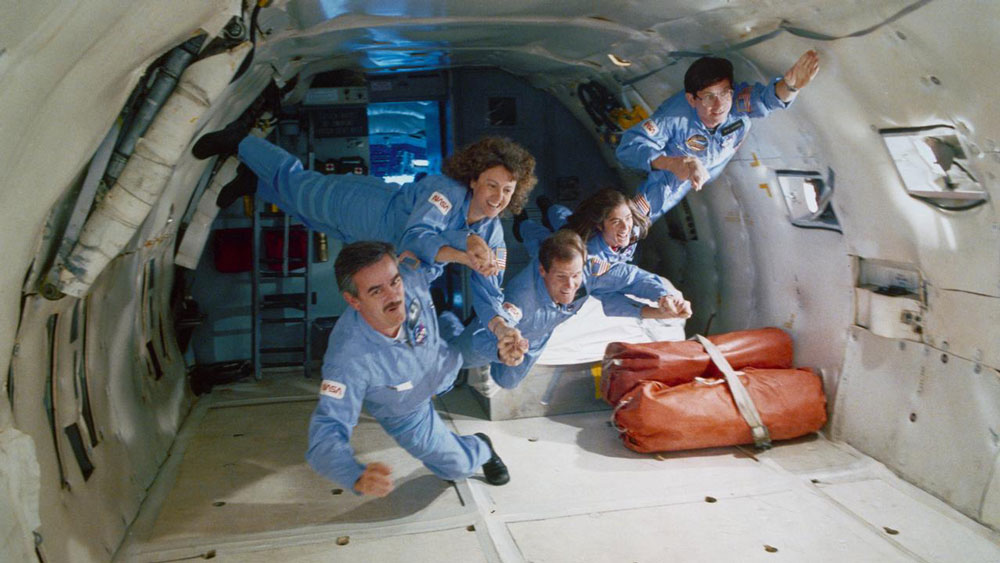 The space shuttle selected for the STS-51L flight was the Challenger. At the time, she was the workhorse of the fleet. She had flown more missions than any of the other three shuttles – Columbia, Discovery, and Atlantis. 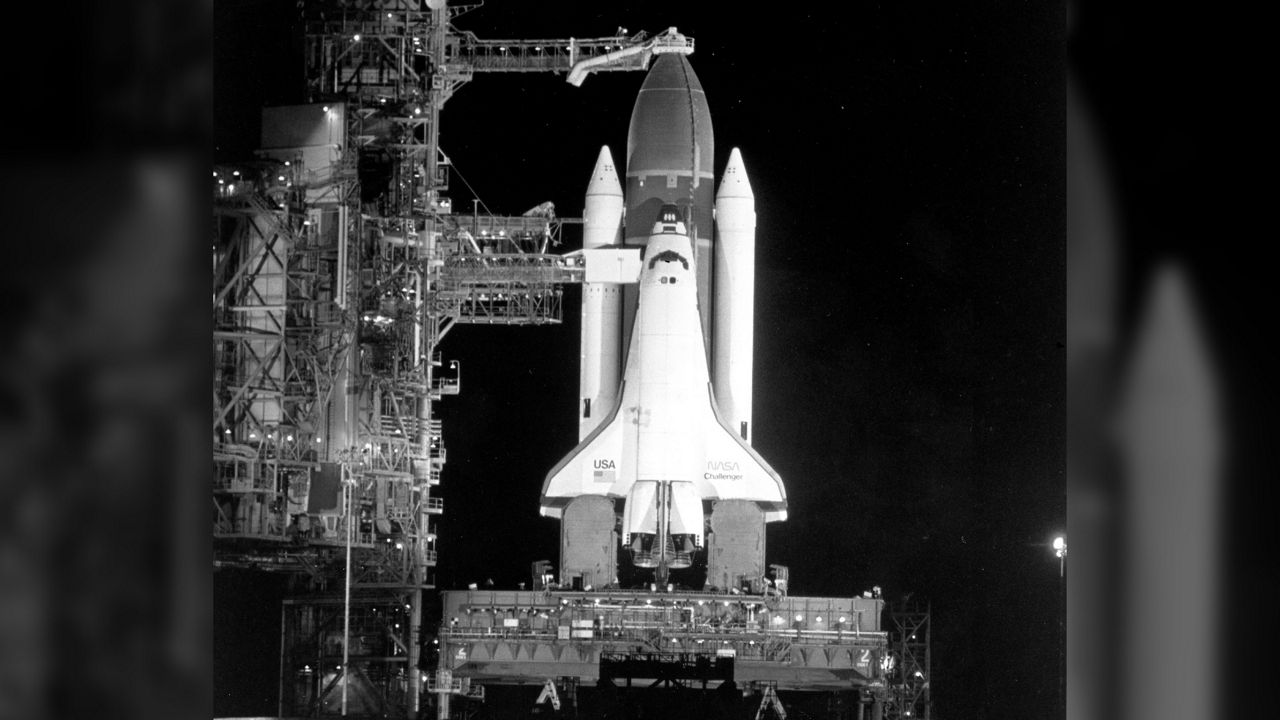 Challenger was the second "flight rated" shuttle after Columbia.

The shuttle made history on multiple flights, including having the first female American astronaut to go into space, Sally Ride, as part of the STS-7 crew in June 1983. Guion Bluford became the first African-American astronaut to fly in space on the STS-8 mission in August 1983. That mission performed the first space shuttle night launch and landing. 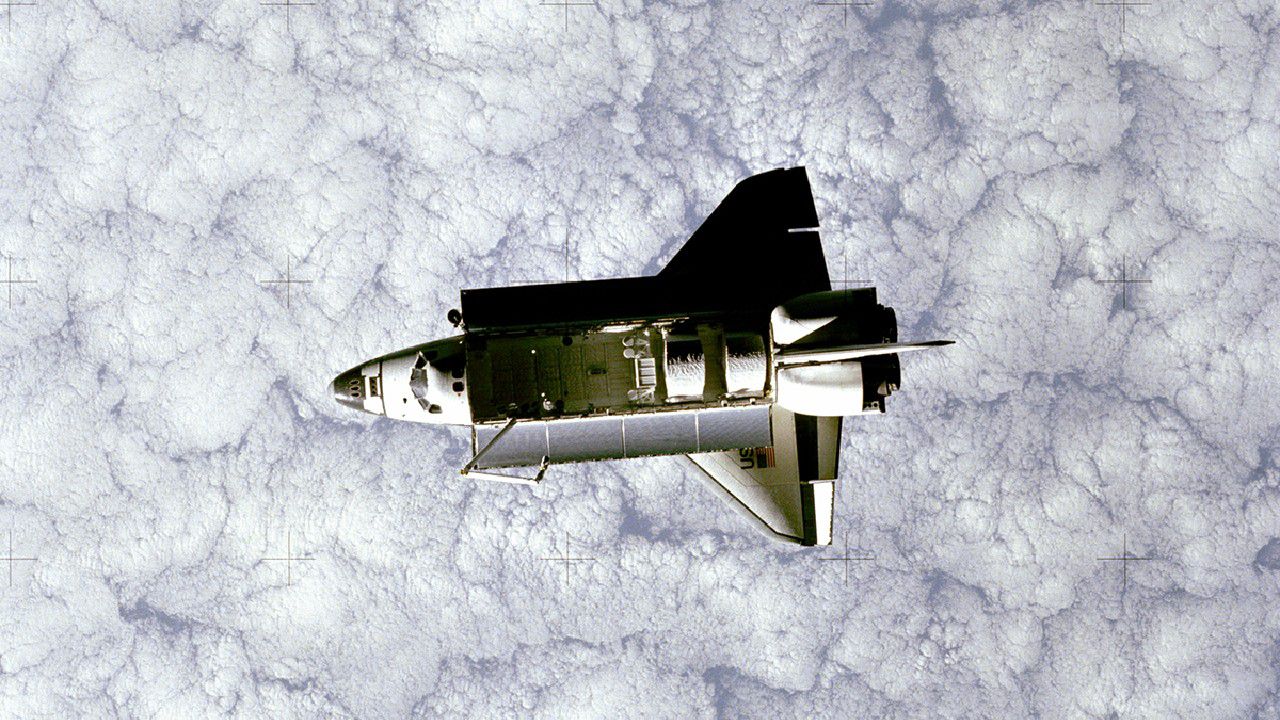 Space Shuttle Challenger, orbiting the Earth, as seen from a camera mounted on the first Shuttle Pallet Satellite. (NASA)

On the STS-6 mission in April 1983, astronauts did the first spacewalk from a shuttle. The following year in February, the first untethered spacewalk was performed from Challenger, using the Manned Maneuvering Unit (basically a backpack using nitrogen jets for propulsion).

On its previous flights, Challenger had made almost a thousand orbits of the Earth and traveled almost 26 million miles during its 62 days in space. 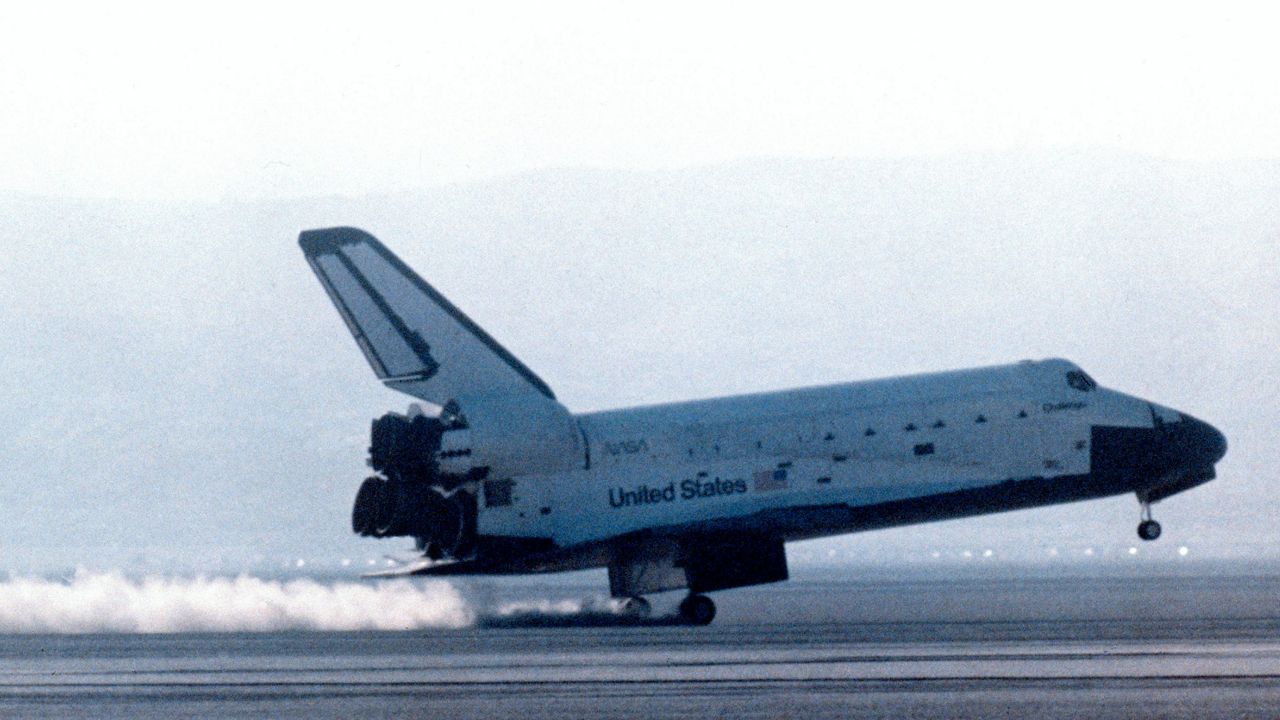 This would be Challenger's tenth mission. 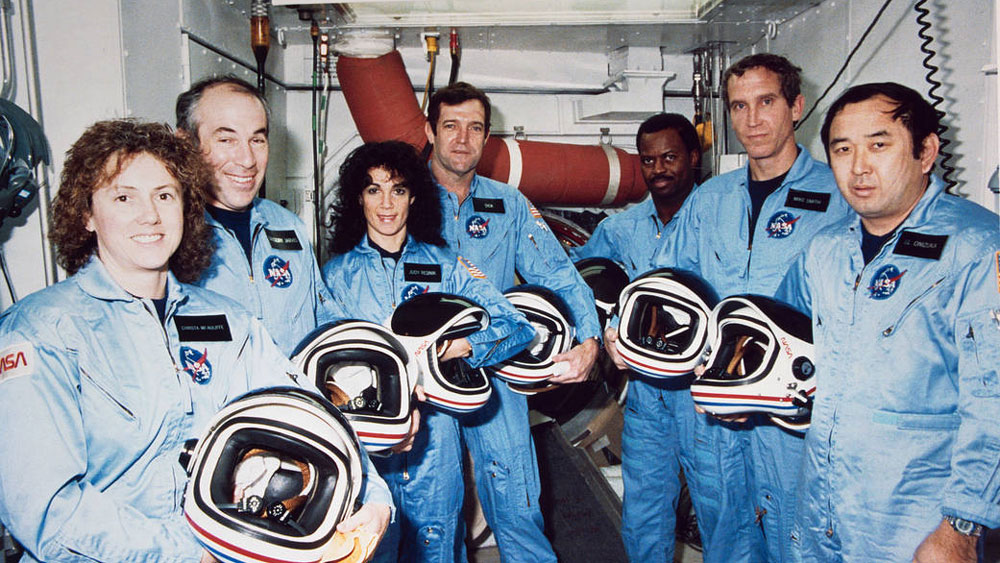 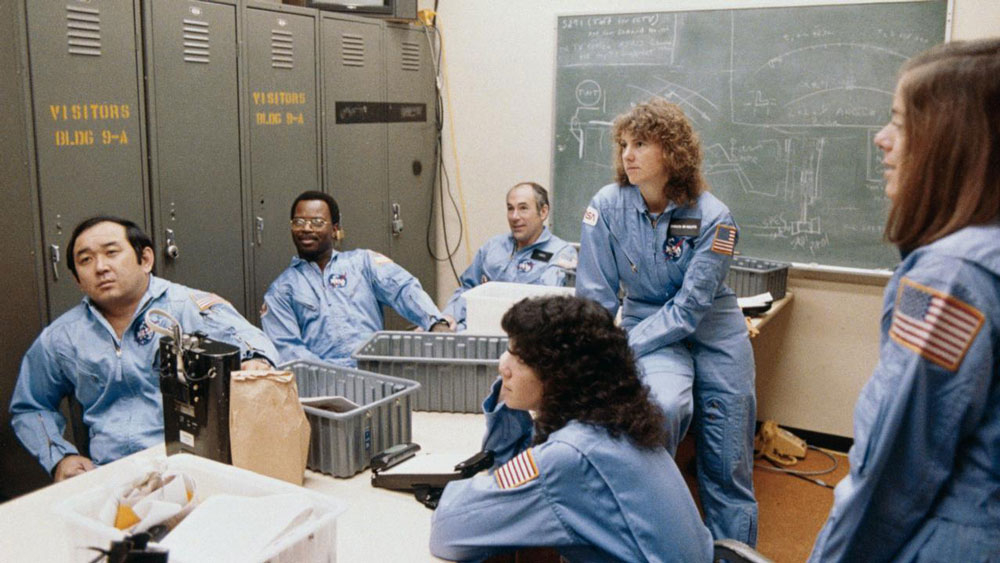 The primary crew for the flight was named a year before the launch on January 27, 1985.

Problems With the Weather

Before the fateful launch on that cold January morning, there were several instances when weather played a role leading up to the accident.

The first was when the previous mission, STS-61C, a Space Shuttle Columbia flight, had multiple landing delays while trying to end its mission earlier that January. The weather prevented the orbiter from returning to Earth three times. This led to launch reschedules for Challenger's flight.

The next launch reschedule was because of bad weather at the shuttle's Trans-Atlantic abort site at Dakar, Senegal. In the event of an emergency, there were designated runways around the world if the shuttle needed to make an emergency landing after launch.

The next delay was for weather that never happened. The forecast for January 26 called for "no-go" conditions during the launch window, so NASA officials decided to cancel the planned launch for that day based on the forecast. However, the bad weather never developed and the shuttle could have launched that day.

All looked "go" for launch on January 27. During orbiter closeout, technicians ran into problems with an exterior hatch handle. By the time they resolved the problem, winds had picked up at Kennedy Space Center and were too strong for an emergency return to launch site abort if necessary.

Those strong winds were caused by a cold front that would bring freezing temperatures to the launch site the next morning.

And with that, that stage was set for the events of January 28.

With the passage of the cold front on January 27, arctic air dropped into Florida, setting record lows across the state. It was this forecast of very cold temperatures that caused concern among scientists and engineers with the space shuttle program.

These solid rockets were not one piece, but were segments stacked together to form the rocket. Where the segments came together, rubber O-rings were used to create a tight seal to prevent exhaust gases from leaking at these joints.

The solid rockets were rated to be flown at temperatures of 39 degrees Fahrenheit and higher. Temperatures at the launch pad were expected to drop in the upper teens by the morning of January 28. At 7 that morning, a temperature of 24 degrees was reported at the shuttle's launch pad.

Due to the very cold weather, technicians turned on the launch pad fire suppression system at a low rate to prevent freezing during the night. This, in turn, covered the launch pad with ice. That became yet another concern, since ice could break free at launch and damage the shuttle. Especially vulnerable was the Challenger's thermal heat shield that protected the shuttle during reentry. 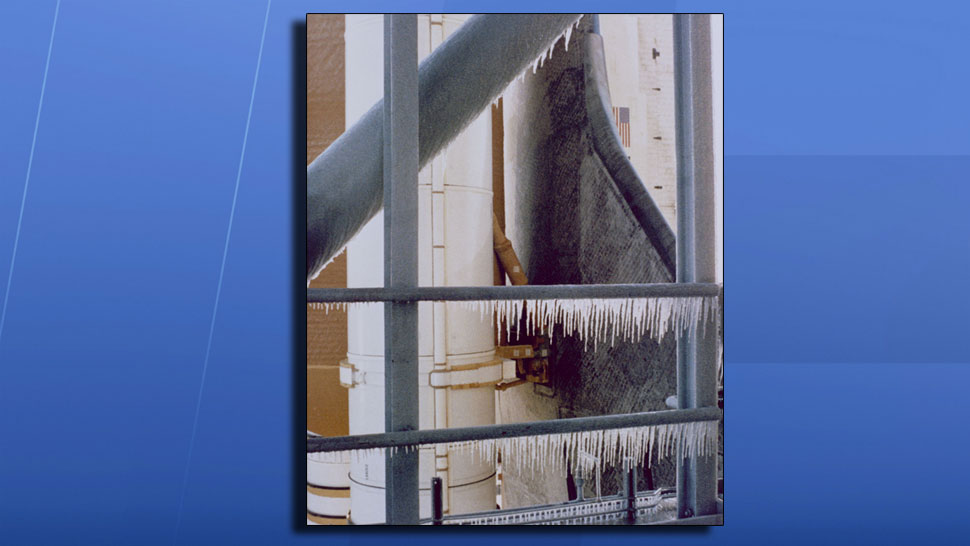 NASA officials saw the ice build-up on the pad and delayed the launch of Challenger to give the ice time to melt.

Challenger's liftoff occurred at 11:38 that morning. The temperature at the time of the launch was 36 degrees.

Just after the solid rocket motors ignited, a small puff of black smoke was seen near the right solid rocket booster (SRB). Hot gases from the rocket had slipped past the O-rings in two of the SRB segments.

Aluminum oxides from used solid fuel in the rocket resealed the breach and the flight continued.

All appeared normal as the Challenger climbed into the clear January sky.

About 37 seconds after launch, the shuttle passed through strong wind shear. These high winds increased aerodynamic pressure on Challenger. This was the highest wind shear ever encountered on a shuttle flight up to that time.

The forces caused by the shear, along with other planned maneuvers as the ship flew toward orbit, broke the temporary aluminum oxide seal. Hot exhaust from the leak in the SRB joint then escaped through the hole in the rocket's casing and began to burn a hole in the large external fuel tank.

At roughly the 73-second mark after launch, the right SRB triggered the rupture of the external fuel tank. Liquid hydrogen and oxygen ignited, and the explosion enveloped Challenger. 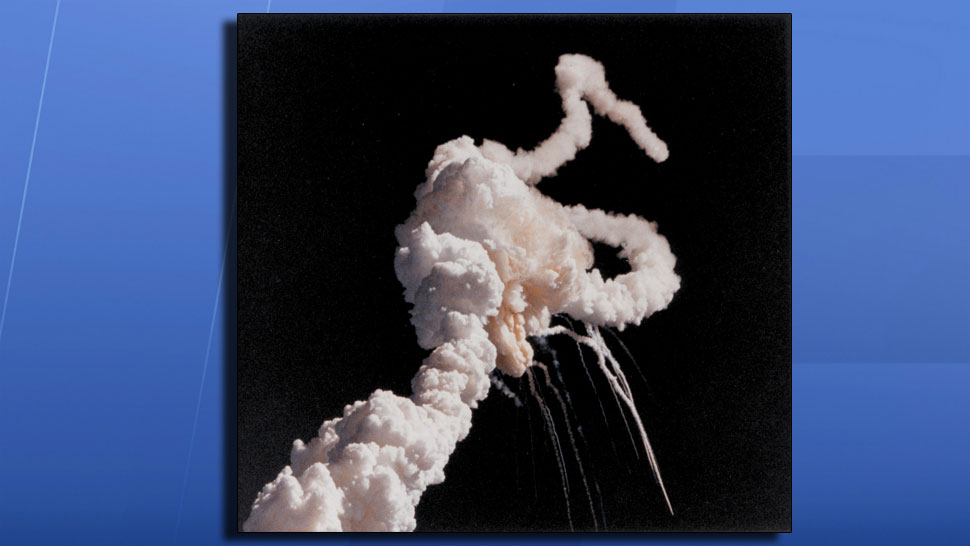 Though it has been widely reported that the Space Shuttle "exploded," that is not the case. Flying faster than the speed of sound, Challenger was thrown off its flight path when the tank exploded. Aerodynamic forces basically tore the shuttle apart.

The crew never stood a chance. There was no escape option. At the end of the day, we had lost Challenger and her brave crew. 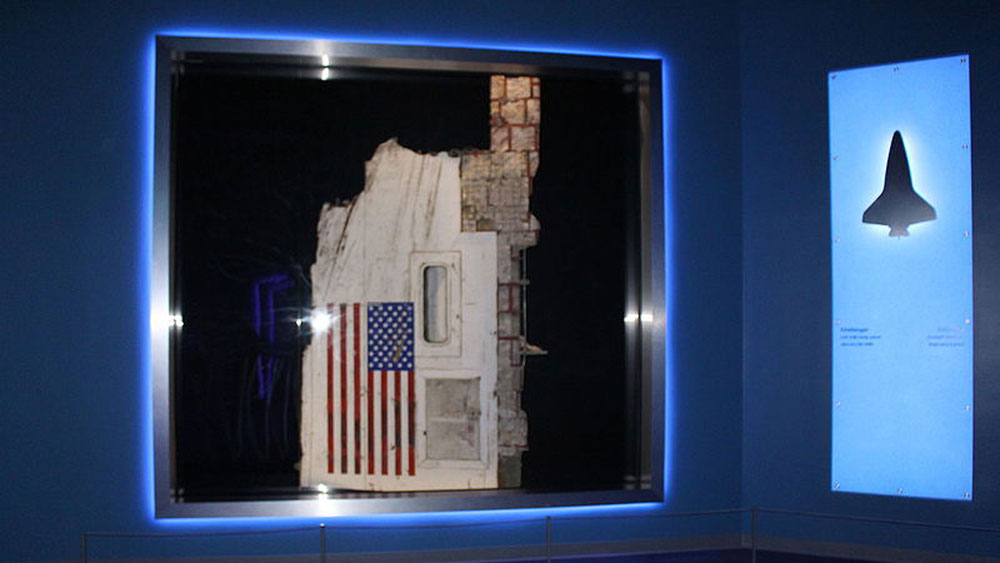 The space shuttle program was grounded for more than two years as safety improvements were made; better seals on the SRBs, heaters on those seals, and an escape system for astronauts on the shuttle.

Looking back at the impact of weather on the accident, you have to wonder: if just one of those instances had not occurred, would Challenger and her crew have made it safely into orbit? 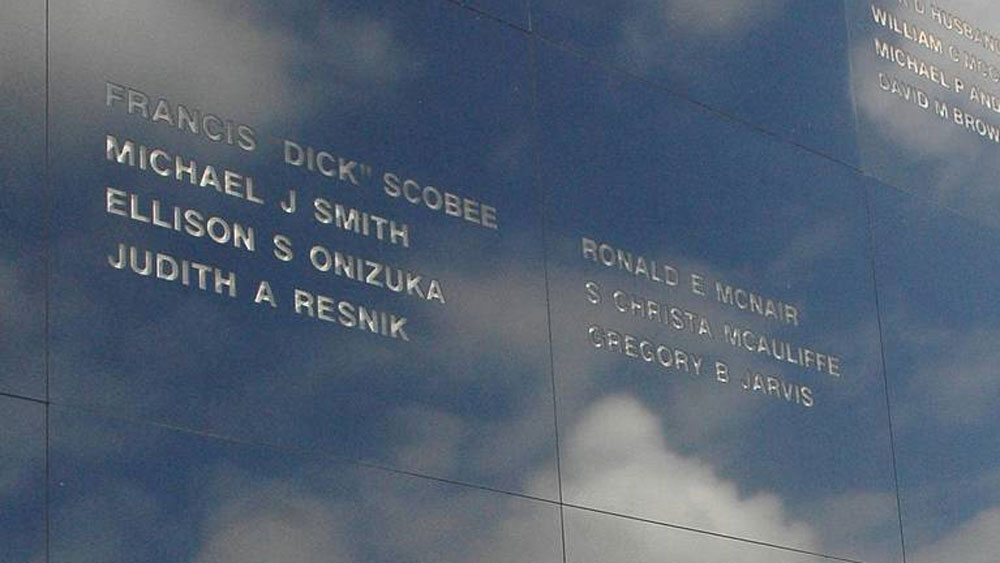 The cold was the main weather factor on January 28, and if the launch had occurred any day before that very cold morning, the O-ring failure would have likely not occurred.

If Challenger had not flown through the wind shear after launch, would the aluminum oxide seal have held long enough for SRB separation a little over a minute later?

Accidents are like a chain; each element is a link. You remove any link and you stop the accident from happening.

The improvements after the accident did make the shuttles safer, though they were still dangerous. Though NASA makes space flight look easy, it is not. There is a lot of risk.

Today, the remaining shuttles – Discovery, Atlantis, Endeavour, and Enterprise – are on display around the country.

Over three decades have passed, but January 28 remains a stark reminder of the dangers of space flight and the role that weather can play not only on a space mission, but in our everyday lives as well.