NEWSLETTERSign Up For Our Daily Newsletter: Coronavirus in North Carolina
WATCH NOWExploring Your Health with Erin Billups
PODCASTYouth activist Greear Webb joins us to talk about organizing peaceful protests.
Salute to GradsTell us about a 2020 graduate

PINE HALL, N.C. (AP) — A North Carolina racetrack has lost some partnerships after its owner advertised “Bubba Rope” for sale online days after NASCAR said a noose had been found in the garage stall of Bubba Wallace, the top series’ only Black driver.

A concrete company and a driver series ended their partnerships Friday with the half-mile, dirt track 311 Speedway in Stokes County, the Winston-Salem Journal reported.

The racetrack owner’s “Bubba Rope” post on Facebook Marketplace earlier this week sparked a backlash on social media and a condemnation from a spokesman for Gov. Roy Cooper.

“Buy your Bubba Rope today for only $9.99 each, they come with a lifetime warranty and work great,” the post said.

The Carolina Sprint Tour posted on its Facebook page that it would not race at the speedway for the remainder of its season, according to the newspaper.

“We do not condone nor support the comments and posts that have been made the past week,” the series said in a post online.

A concrete company also said it was cutting all ties with the speedway.

NASCAR officials released a photo Thursday of the rope found Sunday in Wallace’s garage stall that prompted a federal investigation, which determined it had been there since October. 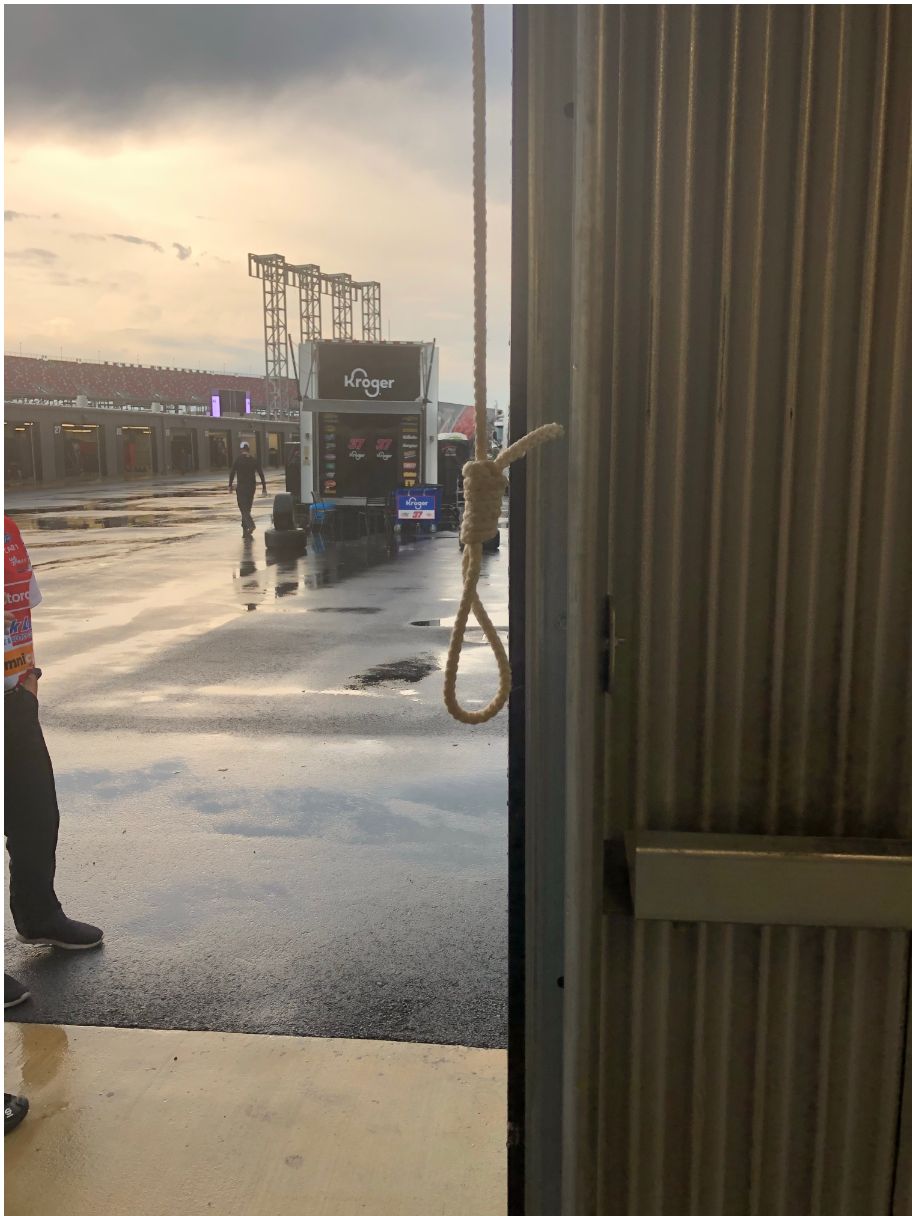 NASCAR releases photo of the noose found in the No. 43 garage stall at Talladega Superspeedway on Sunday afternoon. (Photo Credit: NASCAR)

The incident came less than two weeks after NASCAR banned the Confederate flag from its venues and races at Wallace’s urging.