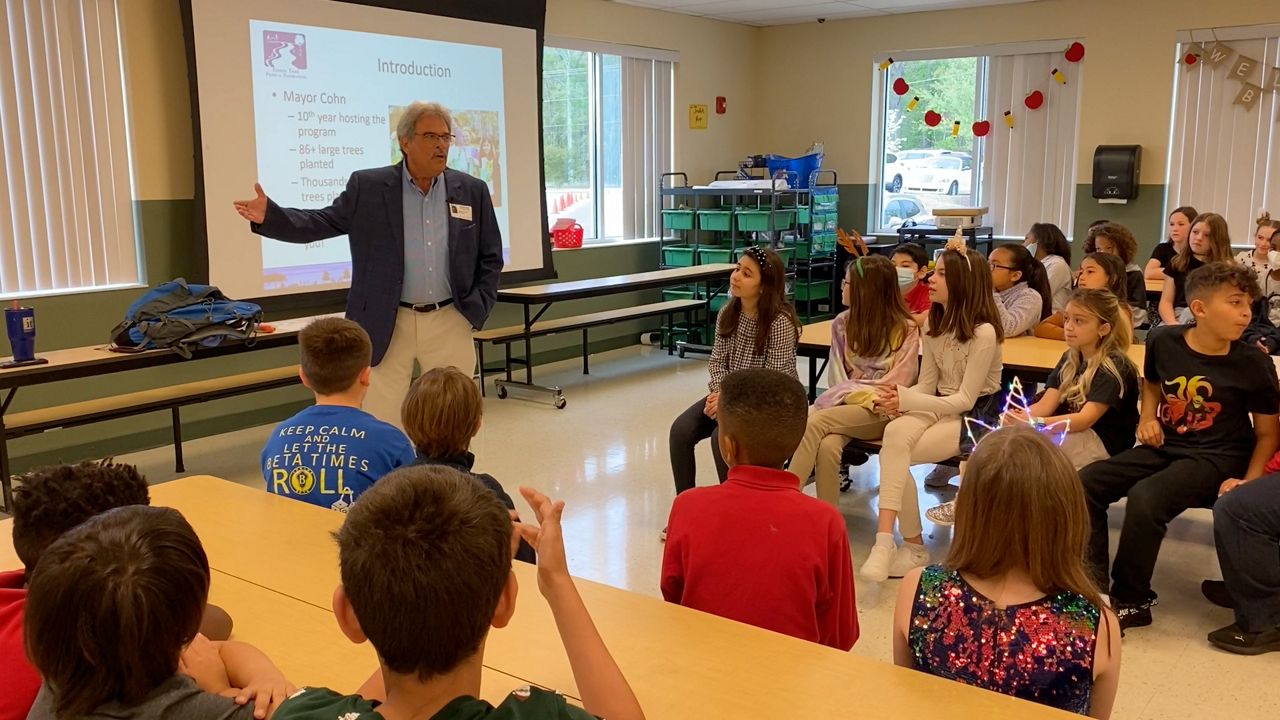 INDIAN TRAIL, N.C. — The Town of Indian Trail in Union County has a new mayor: David Cohn. Cohn took over in late February after the death of now former Mayor Michael Alvarez.

Alvarez, well-known in Indian Trail for always being available and giving his contact information out to residents, passed away in January after battling cancer.

The town was then left searching for a new mayor to fill out the end of Alvarez’s term, which ends in late 2023.

Current council members eventually settled on Cohn, a 10-year veteran of the council himself. Cohn served his first two terms on council from 2012 to 2020, before filling in for another term on council the following years.

“You know there were things I wanted to see get done in the town,” Cohn said about his desire to join council, highlighting his work for the town’s parks. “The year I got in, we decided instead of doing one park, we’ll do two parks,” Cohn added, “[We] got the park bond passed.”

Cohn has lived in Union County for 16 years, saying he and his wife agreed back in the early 2000s, Indian Trail would be a great place to live.

In 2012, he ran for council with Alvarez, and then ran again. Now, he’s filling Alvarez’s seat at town council meetings and around town.

“I consider it an honor to be asked to do it, and to do it. So, I told them I would,” Cohn said about being asked to serve the end of Alvarez’s term.

“To tell you the truth, I really have to pay attention all the time now. Before I could let my mind drift a little bit, sometimes, but as mayor, you’ve got to be on your toes at all times. And I’m saying that halfway kidding,” Cohn joked.

Cohn said he jokes around like former Mayor Alvarez, the man he shared 10 years with on town council.

“He was a people mayor, he was for the people and helped the people, so I’d kind of like to be known to do the same,” Cohn said about what of Alvarez’s tenure he would bring to his own.

But the mayor’s job is not all business. Cohn also gets to have some fun, like when he went around to the town’s schools, talking with fourth graders about trees and sustainability of the environment with the town’s park and recreation staff.

“You know, on council we don’t get out and do this type of thing as much. There’s a lot more to do as the mayor,” Cohn said after addressing the gathered fourth graders. “I enjoy it, you know, I enjoy just every aspect of doing it, whether it’s working with kids or helping somebody with their storm water issues, it’s just fun to help people.

Cohn said he’s reminded of Alvarez’s impact to the community constantly, even sharing the same mayoral phone number as Alvarez.

Alvarez, known across town and at town hall for working the phones, answering questions and calling town staff with citizen requests, left big shoes to fill. One last lesson still sticks in Cohn’s brain as he continues settling in to the new role, something he said he also watched Alvarez do almost every day.

“This job is not about me, it’s about the town and it’s about enjoying helping people and I think Michael did a good job of doing that,” Cohn said.

The town’s business continues, despite who’s running council meetings. Cohn said he and town council are currently hard at work figuring out the details of next year’s budget.

“We’ve got some, what we call ARPA funds now, which is federal government’s giving us money that we’ve never had before. And, we’re actually getting to buy some firetrucks with it, getting to spend some money on parks and roads. And that’s what people want, they want us to fix the roads,” Cohn said about the budget process.

It’s a budget process Cohn is used to from his days on council, but this time he’s leading the conversation from his new chair with lessons remembered from its former user.