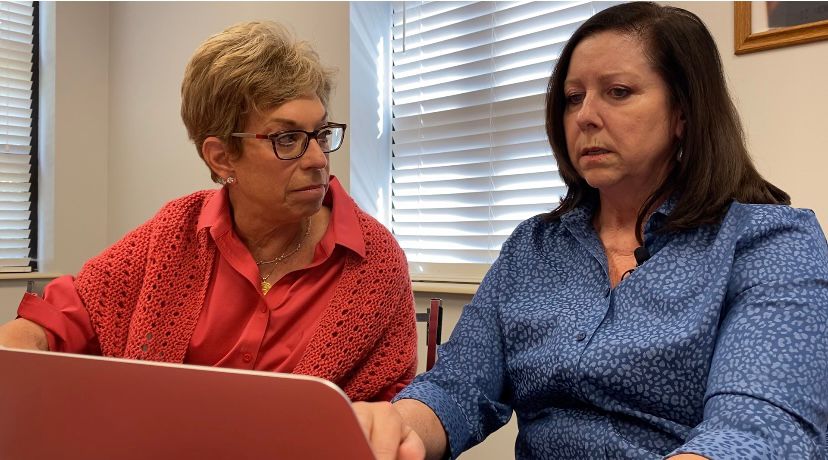 GREENSBORO, N.C. — When Tina Forsberg and her family moved to the Triad in the early 1990s, she wasn’t involved politically.

So when they moved a few years later, she didn’t think about how it could impact her representation.

Since then, she has stayed in the same home but has changed districts a handful of times.

“I did know that the name of my congressman, who was Howard Coble, and he was sort of a household name, because he had been in office for a long time,” Forsberg said. “Well, suddenly I got a postcard from somebody named Mel Watt saying ‘Welcome to my district,’ and I was like ‘How did that happen? I haven’t moved anywhere.'”

Redistricting is only supposed to happen once a decade to reflect changes in the census.

North Carolina, however, has had many district map redrawings in the past few decades, with the Triad shifting representation.

Many people share Forsberg’s story, never moving homes, but having their local, state and federal representation changing outside of election years.

Since that time, she’s become more engaged and now serves as the Sixth Congressional District Chair for the Republican Party.

For years she was represented by Ted Budd and Mark Walker. In the last redistricting, however, that changed.

“We’re a very urban district now with Guilford County and most of Forsyth County. It’s a heavily Democrat district, and so we have Kathy Manning, and I have less contact with Kathy Manning as you might imagine,” Forsberg said. “She’s a woman I’ve known for years, I’ve worked with in philanthropy and such, but politically we are on very different spectrums. So it’s just a different experience.”

Forsberg says while it’s easier to talk to someone you share views with, she knows Manning’s job is to represent the entire district. So she is not changing how involved she is solely based on the letter beside her representative’s name.