"Redistricting should focus on communities, not politicians and incumbents," Rev. Anthony Spearman, president of the North Carolina NAACP, said at the first public hearing on redistricting in North Carolina. (Photo: Charles Duncan)

LENOIR, N.C. — Lawmakers from Raleigh made the trek to the North Carolina foothills Wednesday for the first public hearing on redrawing the state’s political maps.

Only about 50 people showed up for the hearing in Lenoir, the first of 13 across the state. The committee is holding the hearings to gather input on how the legislature should draw new electoral districts that could shape North Carolina's politics for the next decade.

Every 10 years, the General Assembly goes through redistricting to draw new electoral boundaries for seats in the state legislature and in Congress. With the population growth over the past decade, North Carolina will get a new seat in the U.S. House, but it’s not clear where that will go. 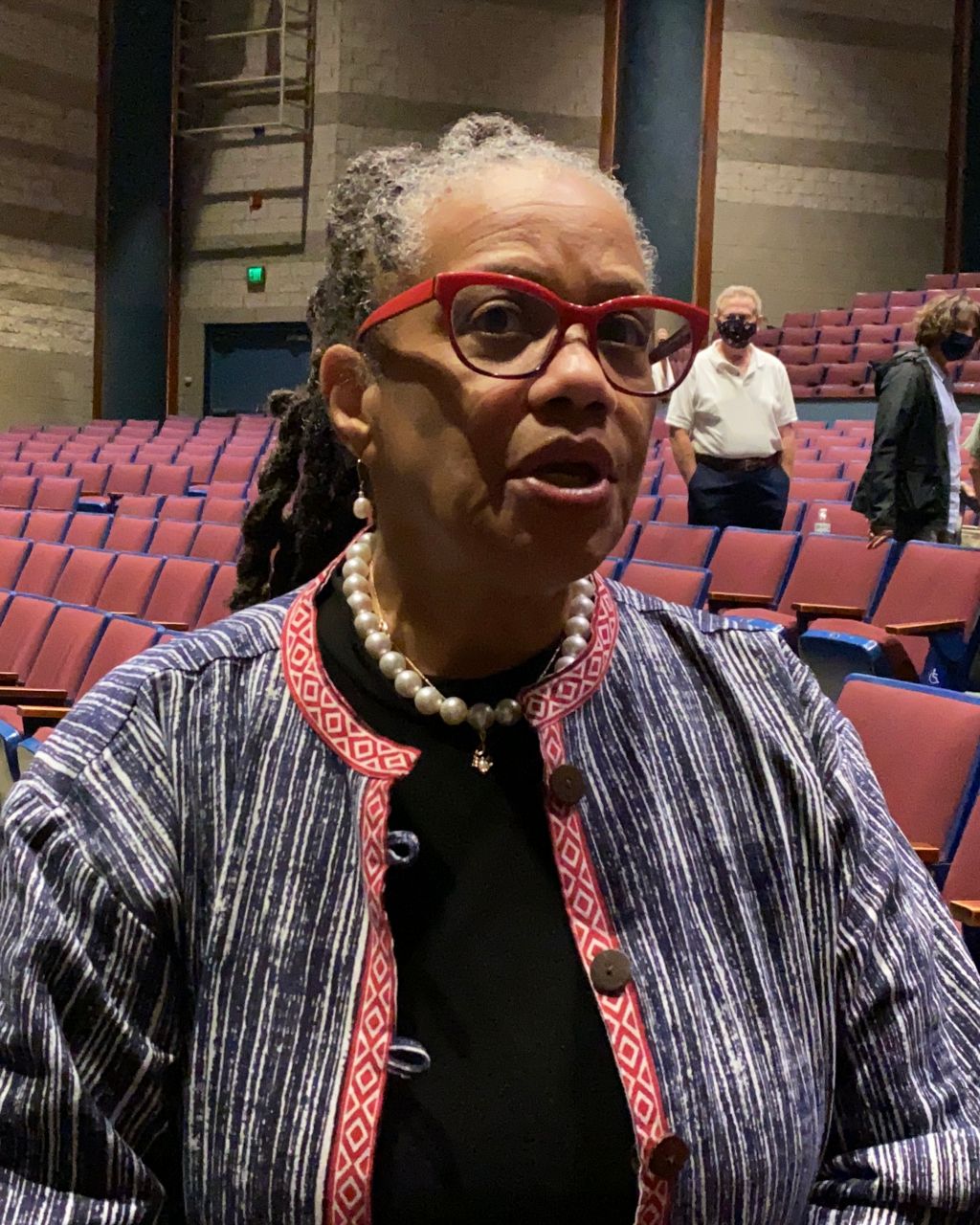 Rev. Kim Moss, president of the Caldwell County NAACP, said the committee should consider the history of racial discrimination as it redraws the state's electoral districts. (Photo: Charles Duncan)

Many speakers called for more transparency in the redistricting process and asked that future hearings be livestreamed online.

"I am disappointed perhaps that this is not a livestreamed event," said Bob Phillips, with Common Cause North Carolina, a voter advocacy organization. "There’s a lot of people who would probably like to participate from the comfort of their home."

Phillips and Common Cause successfully sued state lawmakers over the last round of redistricting, which ended with a judge ordering the maps be redrawn.

The last time the Republican-led General Assembly redrew the maps a decade ago, both parties argued over the maps in courtrooms and the legislature for almost 10 years. Democrats and voter advocates successfully argued the maps had been gerrymandered to keep Republicans in power.

There were about 55 people at the Wednesday evening hearing, which lasted less than an hour. It was held not far from the home of committee chair Rep. Destin Hall, a Caldwell County Republican.

"I’m here to ask for a better and more transparent process," Rosanna McDonnell told the joint committee. "We need more timely and crucial details posted, including the exact address of the hearings."

There was some confusion on the exact location of the public hearing. The formal notice on the North Carolina General Assembly website said the hearing was at the Caldwell Community College and Technical Institute, but it was actually about two miles down the road at a civic center in Lenoir. Technically, the civic center is part of the college.

Rev. Kim Moss, president of the Caldwell County NAACP, said the confusion about the hearing location was one of the reasons there were so few people there.

"We want the redistricting and the mapping to be transparent. We want equal opportunity for everyone to vote. We don't want our county split up," Moss said in an interview after the hearing

"Communities of interest will be given little to no consideration in this year's criteria," she said. "I would like to highlight the importance of considering the history of discrimination in voting and redistricting in North Carolina."

"Redistricting should focus on communities, not politicians and incumbents," Rev. Anthony Spearman, president of the North Carolina NAACP, said. "I represent thousands of members across the length and breadth of this state, so I will more than likely be shadowing you to meetings of these redistricting hearings."

"Redistricting is essential to voting rights and electorial representation of historically underrepresented groups," Spearman said. "The General Assembly failed to include the history of discrimination in North Carolina."

The redistricting committee decided not to include race in redrawing the electoral maps.

There was one common non-partisan theme at the hearing. Both Democrats and Republicans asked the committee not to split up Caldwell County.

The committee is taking comments on redistricting online and will hold 12 more public hearings: