For people in the Triangle and eastern North Carolina, if you noticed the mail running behind, you’re not alone. A new audit from the United States Postal Service found that as many as 1.4 billion pieces of mail were delivered late between January 2020 and the end of March 2021.

The audit found chronic delays and staffing problems at a processing and distribution center in Raleigh. It covered a period when the USPS and Postmaster Louis DeJoy came under heavy criticism for cutbacks and delayed mail ahead of the presidential election.

The Raleigh Processing and Distribution Center serves all of eastern North Carolina, from the Triangle and Fayetteville to the coast. 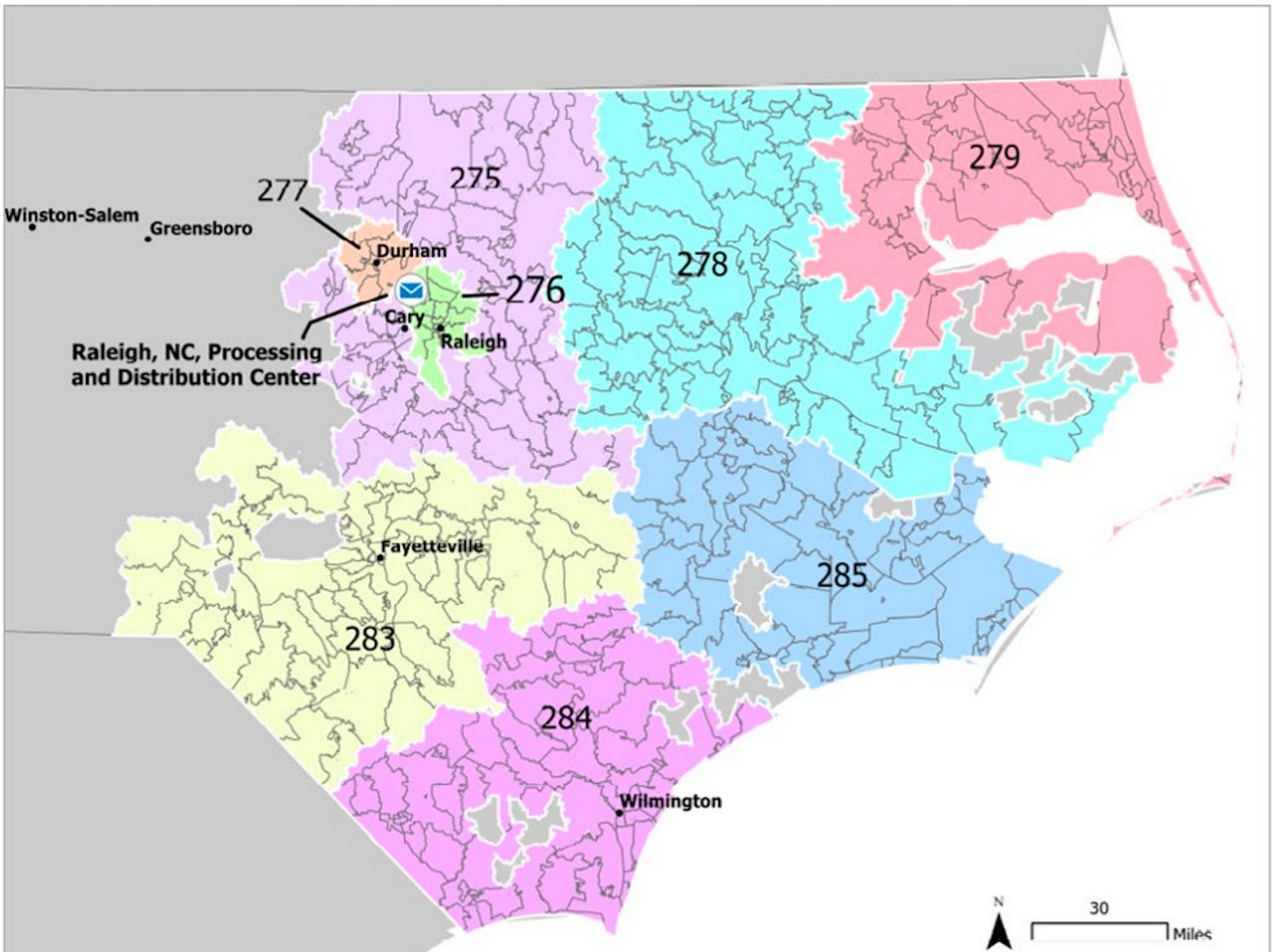 The audit, released earlier this month, had four main findings: An inventory system found more than 1.4 billion pieces of mail delayed; about a third of priority mail was not being sent out in time; the center had staffing problems, especially with employees calling out during the pandemic; and employees weren’t scanning some mail containers correctly, which could have made them appear to be late.

On priority mail delays, the audit notes, “This could adversely affect customers and the Postal Service’s brand.”

The delays were not just in North Carolina.

“A portion of the audit scope and our site observations occurred during the COVID-19 pandemic. The Postal Service experienced decreased employee availability and increased package volume during this time, which impacted operations nationwide,” the audit states.

In a response to the audit, management at the Raleigh Processing and Distribution Center agreed with the findings and to recommendations for improving service.

The recommendations include figuring out plans to get mail out faster and working out a plan for making more employees available.

Delays at the Postal Service came into sharp focus last year as millions of people opted to vote by mail. DeJoy, the Postmaster General and a donor to Donald Trump’s campaign, faced sharp questions over the delays.

County elections boards last year received more than 2,000 ballots after November 6, three days after the election, according to data from the State Board of Elections.