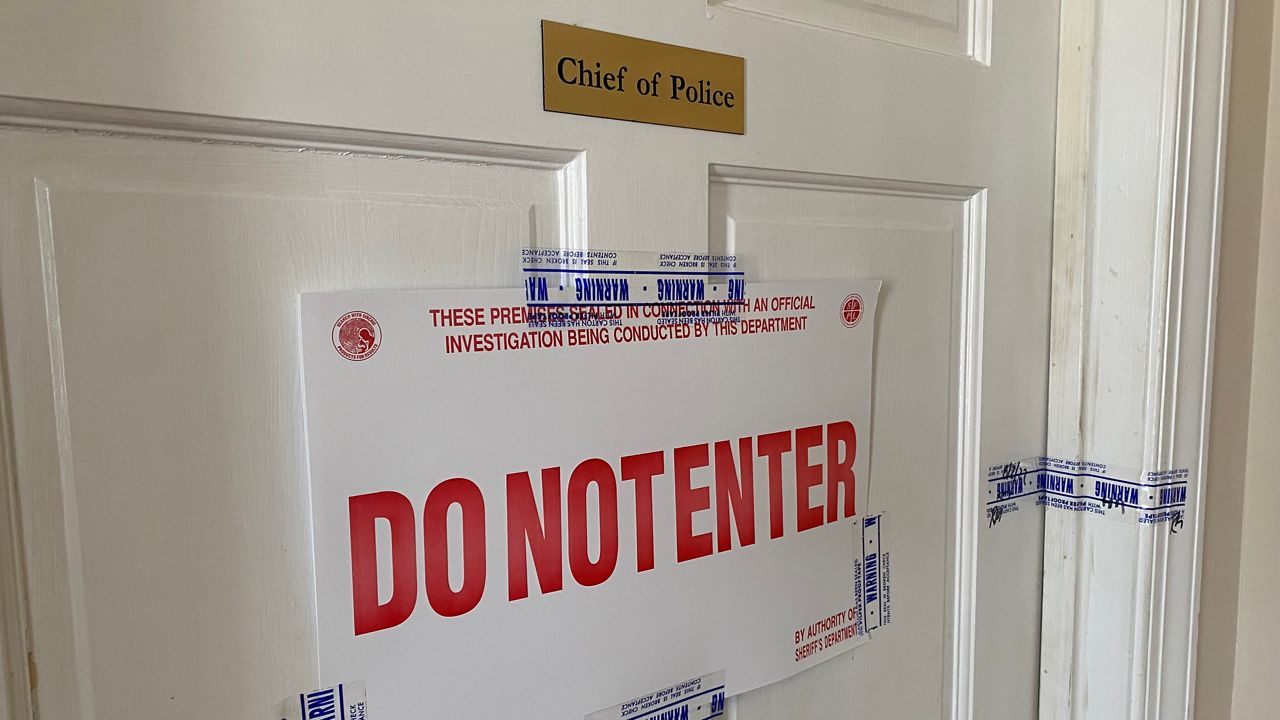 KENLY, N.C. — The town of Kenly is now without a police force, according to the town manager.

The town's officers, including the police chief, submitted letters of resignation two weeks ago. Those two-week notices went into effect on Wednesday.

Town manager Justine Jones said the workday was more of a formaility since most had ended their time in the department prior to midweek.

A captain with the Johnston County Sheriff’s Office confirmed two deputies will be on patrol at all times in the community.

The small-town drama came to a head when former police chief Josh Gibson said, “I have put in my two weeks notice along with the entire police department” on Facebook.

In his resignation letter, Gibson wrote, “Due to the hostile work environment now present in the Town of Kenly, I do not believe progress is possible.”

Kenly Mayor Tooie Hales said Wednesday morning that all former Kenly officers turned in their equipment. The town attorney is investigating claims of a toxic workplace created by the town manager. Right now Hales does not know when this investigation will be completed and the town council will meet again.

“We are a bit in a waiting game now,” Hales said. “But the sooner the better for us.”

In response to all Kenly Police Officers walking off the job, a captain with the Johnston County Sheriff's Office confirms, "There will be 24-hour coverage by 2 deputies dedicated to the town of Kenly to provide public safety". @SpecNews1RDU pic.twitter.com/JDUnfxvrp5

The Johnston County Sheriff's Office is 20 minutes away. That’s not something Nancy Cates, a 52-year-old clerk at Davis Drug store, is fond of as a strong approach to public safety.

Over her nearly 25 years of working in Kenly, she said the town relied on close relationships with officers if a situation needed to be handled.

“Because it’s nice having somebody that you know if something goes wrong, you can easily dial that number right quick, and they’ll be here right quick. It’s really nice. We had all their phone numbers. We could text 911 to them and they knew whose number it was. They knew to come on right then," Cates said. "You can’t do that if they are coming from 20 miles away. A lot can happen in 20 minutes."

10) In plain view are these signs at the counter of the Davis Drug Store. @SpecNews1RDU pic.twitter.com/Tfv4dYUlkc

Jones was hired as the town manager in early June.

She said that she would consider making a statement Thursday.