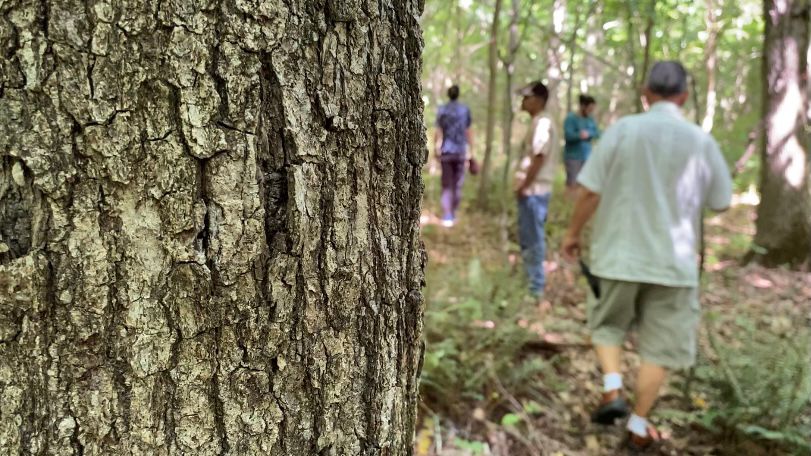 JOHNSTON COUNTY, N.C. — Finding Native American village sites within the U.S. is very rare, but one recently discovered in Johnston County could be in danger.

Wolfclan Chief Robert Chavis is well aware of the deep roots his tribe has in the central region of North Carolina, which is why he's willing to stand in the way of construction if it means his people won't lose their land for a second time in history. 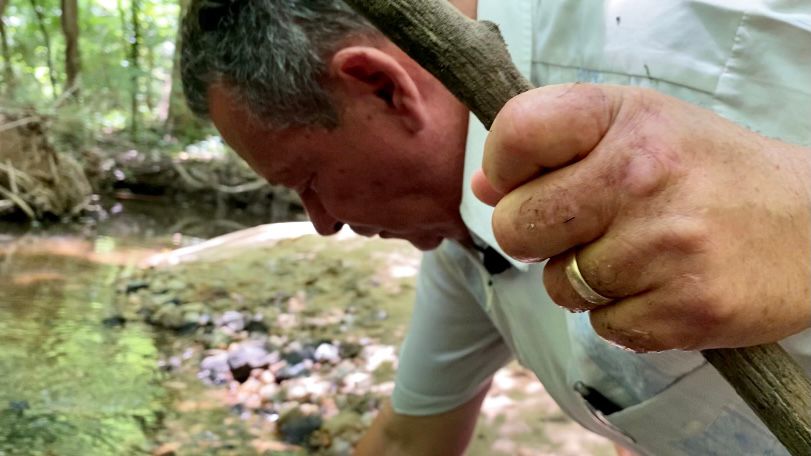 Chief Robert Chavis searches for arrowheads in a creek.

“I'm not going to displace you from your house because whether your ancestors did right or wrong, that's a whole other thing in the past, but we would at least like to have back some of the land for our people's use,” Chavis said.

Over 100 acres of land formerly belonging to the Tuscarora tribe are up for development in Clayton. Timothy "Tuscarora" Jacobs said there is something surreal about seeing where his ancestors once lived. He said this site in Clayton could be archeology's next big discovery in Native American history, but that won't happen if they bulldoze the property.

“We were here, we walked here, we lived here, we had our children here — it's considered a sacred site in reality,” Jacobs said. “This is just not something that should be disturbed.”

Both Jacobs and Chavis have talked with the Town Council of Clayton, requesting proper protection and preservation for the land. The tribal elders emphasized that any artifacts found on the site are not only important to their ancestral history but that of North Carolina as well. 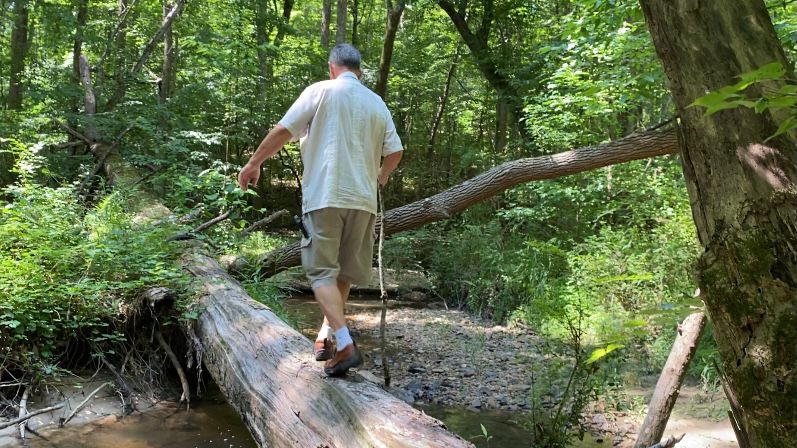 Chavis walks across a fallen tree from one side of the creek to the other.

At this point, the developer has agreed to install protective fencing around the ancient saddle trees and reduce the number of homes from 299 to 270. We reached out for comment to the developer, the landowning corporation and the applicant listed on the permits — none of whom provided a comment in time for this report.

“When the construction or the potential construction starts, I hope we have people that can be in place to watch those developers, because if they're going to be digging curb and gutter and digging septic systems in place like that, I'm sure without a doubt that they're going to discover artifacts underneath the ground,” Jacobs said.

The Town Council has approved the development, but authority on Native American archaeological sites rests at the state and federal level. According to North Carolina General Statute Chapter 70 private landowners are not to excavate or destruct any lands containing native artifacts, relics or mounds without the supervision of an archaeological team. 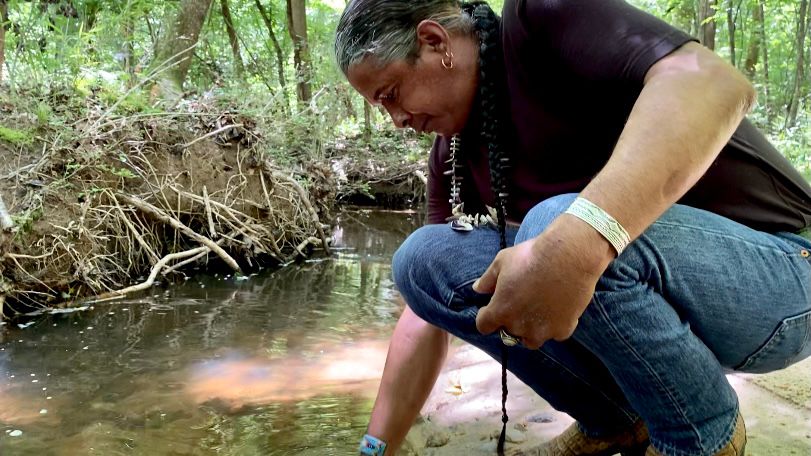 Timothy Jacobs squats near the edge of the creek looking for artifacts.

“If there's any remains or artifacts or effigies found, by state and federal law they have to stop the development,” Chavis said. “We're trying to save them some trouble.”

In a single morning, they uncovered two arrowheads in the banks of the creek, leading the tribal elders to believe there could be thousands if not millions more spread across the property. And because they've discovered what they believe are burial mounds on the property, Chavis has no doubt gravesites will be uncovered. He just hopes they didn't get to this land too late to protect it and the history they believe it contains.

“This water is still flowing, the grass is still growing there and the sun is still shining when you're not under this canopy of trees, but our people and our land is not as it should be,” Chavis said.