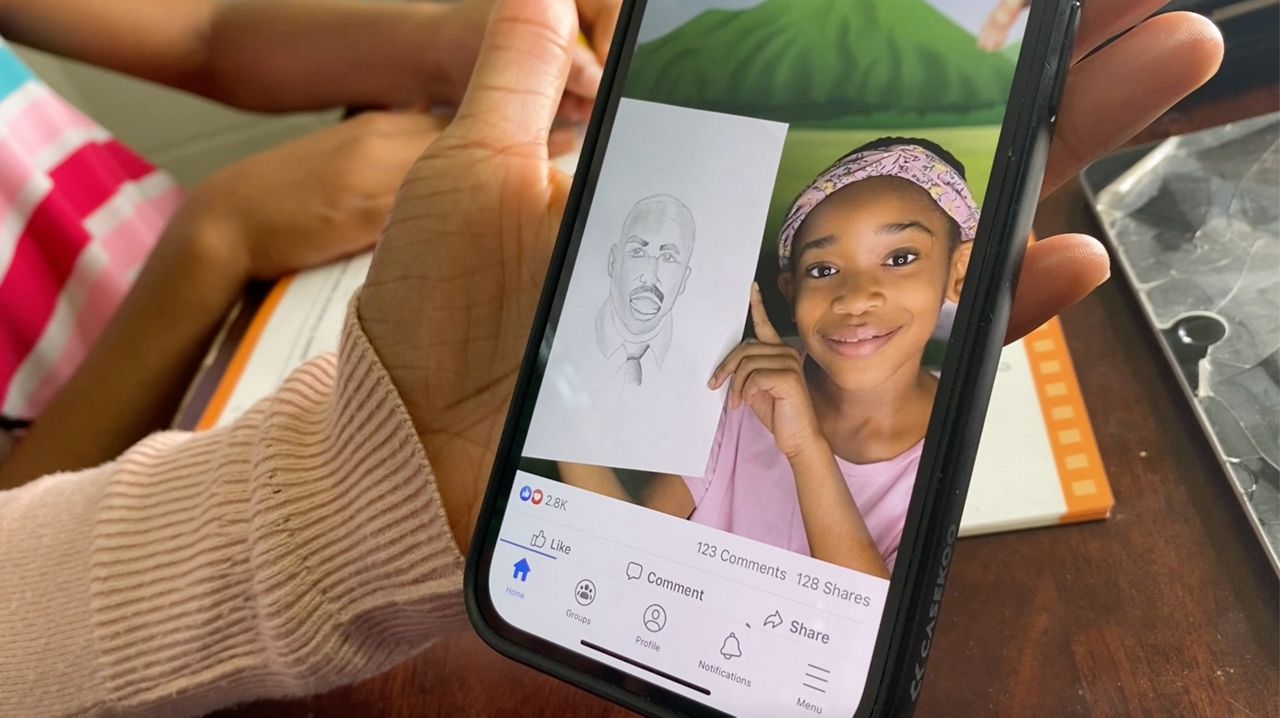 CHARLOTTE, N.C. — Ciaunna Williams, 8, of Kannapolis is known on the internet for her drawings of Steve Harvey and Ellen DeGeneres.

Ciaunna Williams, 8, has been drawing since she was 3

But, before she sketched the celebrities, she sketched cartoons, starting with "Garfield" and grabbing the attention of the comic strip’s creator, Jim Davis.

"The more you draw, the better you get, and you're already drawing like someone three times your age. Keep it up!" Williams read Davis' comments.

Her mom, Tameka Bond says she noticed Williams had real talent when she turned 5. One morning they were running late for church. She says her daughter had to finish a drawing.

"When I went in the room to go see that drawing that she did, my mouth dropped,” Bond said.

She says Williams has trouble focusing, but drawing makes her feel a little less anxious. Williams can see how it helps.

Williams says she wants to sell her drawings in museums one day. Until then, she'll stick to sharing them on Facebook.