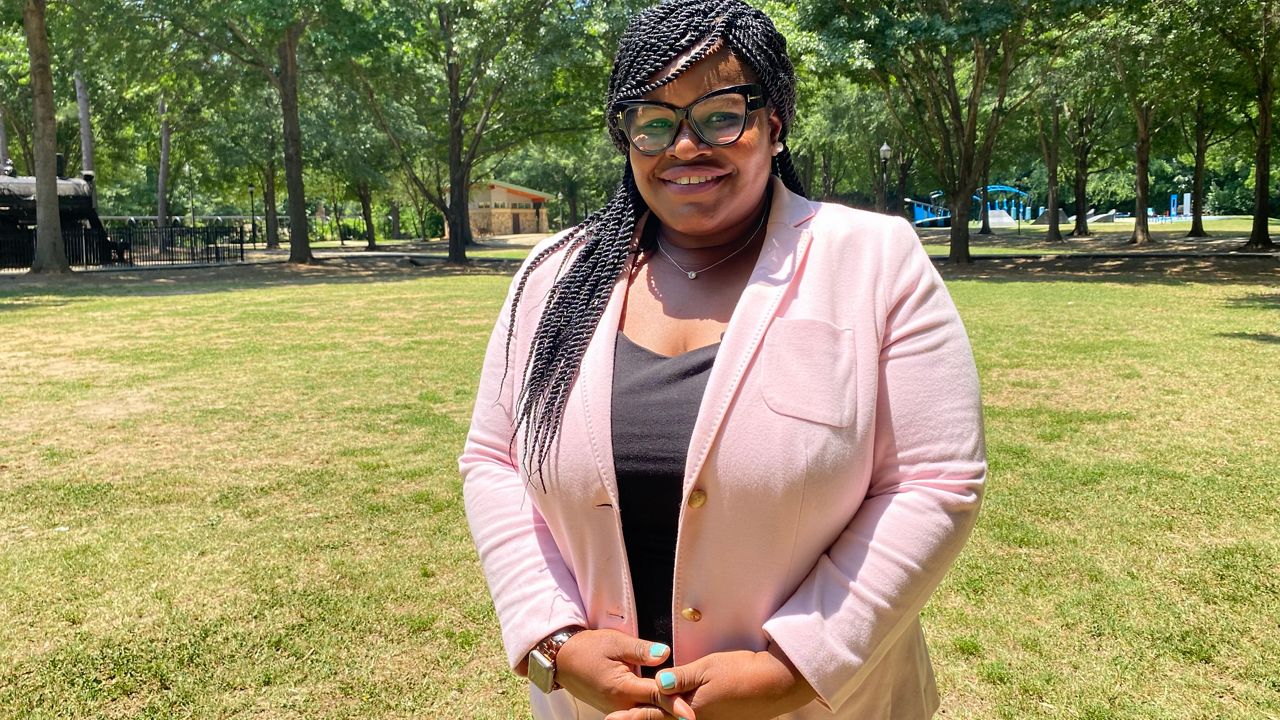 CHARLOTTE, N.C. — An education advocate is one of the new members of a statewide task force aiming to increase diversity in the classroom.

The task force aims to increase diversity in the classroom

Dr. Monique Perry-Graves with Teach for America is one of the new members of the task force

Monique Perry-Graves is the executive director for Teach for America North Carolina. She’s part of the DRIVE Task Force, which is a coalition of parents, educators, administrators, education advocates and representatives of state and local governments. It aims to recruit teachers of racially, ethnically and linguistically diverse backgrounds to prioritize equity and inclusion in the educational system in North Carolina.

Gov. Roy Cooper initially started the task force in 2019 to diversify teachers' workforce in North Carolina. In 2021, the governor extended the term of the task force until 2023 to develop action and help implement an action plan.

According to Best NC, while state public schools have 55% students of color, only 23% of their educators look like them.

“It’s always important to feel affirmed by somebody in the room that looks like you, but it’s also representative of the workforce they are going to enter,” Perry-Graves said.

Perry-Graves has been passionate about education throughout her life.

“It has been a very important family value over the generations,” Perry-Graves said.

She’s a second-generation college student who became a mom when she was a high school senior.

“What I also hope for every student is they had the teachers that I had, the village that I had that never questioned whether that development in my life impacted my potential as a student and as a person,” Perry-Graves said.

Perry-Graves was a community college teaching faculty member and an administrator before becoming North Carolina’s Executive Director for Teach for America last year.

The nonprofit organization recruits and retains diverse teachers and education leaders committed to helping all students reach their potential.

She said half of the new Teach for America teachers, who are called corps members, are of diverse racial, ethnic and socio-economic backgrounds.

“The power of education and the importance of having an excellent education available to every kid is very important to me from a personal level,” Perry-Graves said.

During the earlier years of the DRIVE Task Force, the group came up with recommendations to diversify the teacher workforce in the state. Earlier this summer, it released its action plan, which included expanding opportunities for exploration of the teaching profession through Career and Technical Education. In addition, it calls for funding for districts to develop, expand or implement middle and high school recruitment programs.

Perry-Graves said Teach for America exposes school-aged students to the teaching profession, showcasing the work of their corps members and alumni.

“That starts in middle school, that starts in high school and that starts at a level that we’ve got to continue to promote how great teaching is, how impactful it is and how important it is to our state and to our workforce,” Perry-Graves said.

According to the DRIVE Task Force action plan, task force members will work with the Office of the Governor and North Carolina Office of State Budget and Management to determine the cost of items listed in the action plan. This will eventually help craft a DRIVE-related legislation in the 2023-24 legislative session.