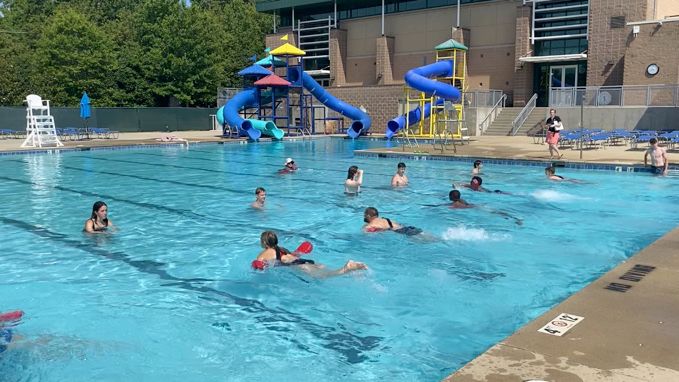 CHARLOTTE, N.C. — It’s hot out there this week, and you’re probably looking to head to the pool.

Similar to last summer, you may notice a lack of lifeguards.

The YMCA of Greater Charlotte says this year’s shortage is slightly worse than last year.

“There is more of a shortage this year than last year,” said Amanda Petersen, director of risk management education with the YMCA of Greater Charlotte. "There’s competitive employment right now, many other options that are out there, competitive pay.”

Petersen says they usually need anywhere from 600 to 800 lifeguards to cover the pools at their 17 branches and camps.

Petersen says if they can’t hire enough lifeguards, it will limit the hours pools are open.

“We may have to close specific pools or sections of pools or indoor pools may be closed for certain hours to operate the outdoor pools,” she said.

According to a YMCA spokesperson, the need for lifeguards extends to Hickory and Gaston, Rowan and Cabarrus counties.

The YMCA has increased the rate of pay for lifeguards across locations to $10 to $13 an hour, plus the benefits of a free Y membership.

Petersen also says there are some other perks if you refer someone for the job.

“If you are a member of the YMCA and refer one of our team members, you will get a free month of membership and any of our team members get a $200 bonus if you refer a friend or someone to be employed at the YMCA,” Petersen said.