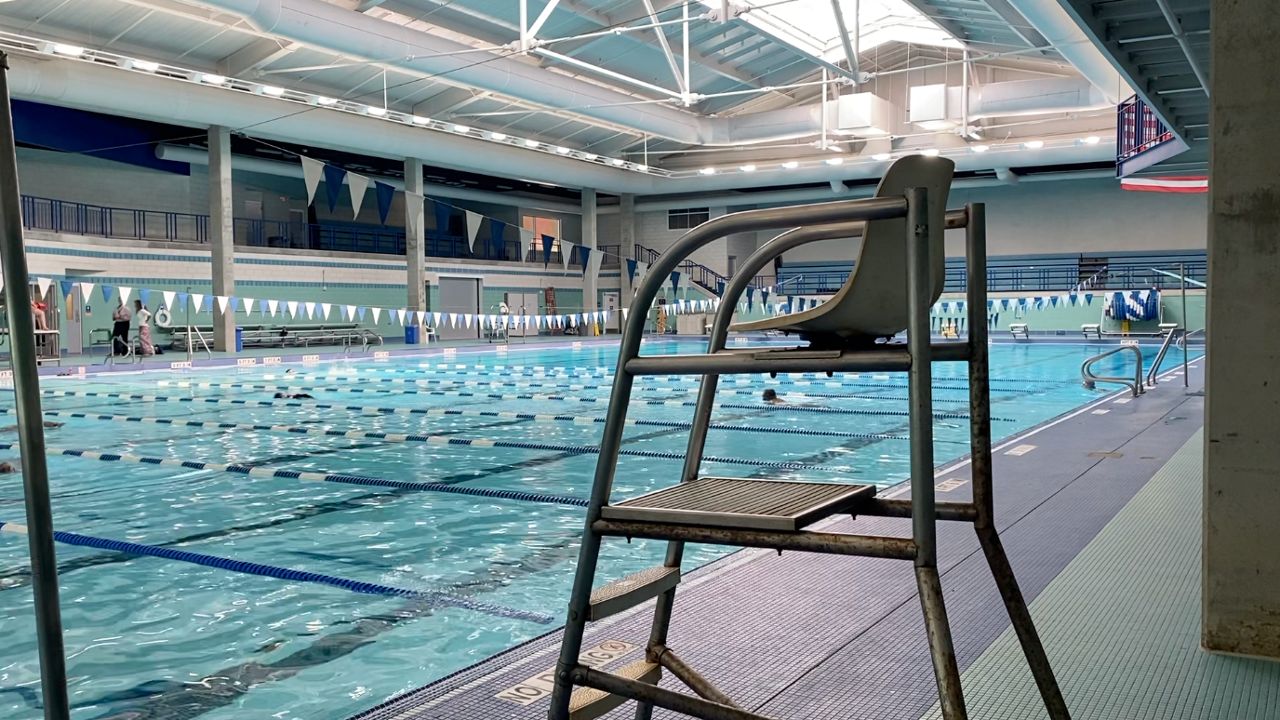 A nationwide lifeguard shortage is impacting one third of pools across the country, including in Raleigh.

RALEIGH, N.C. — Employee shortages are an issue that nearly every industry is facing, including lifeguards. With school out for summer, the City of Raleigh is actively recruiting in order to be able to open all four of the city's seasonal pools this summer.

In order to be completely operational at all eight pools in Raleigh, including indoor and outdoor, an additional 75 lifeguards need to be hired, trained and certified.

"We are short 50 to 60% of the guard staff that we would have going into our summer season," said Ken Hissler, assistant director for Raleigh Parks.

Lifeguard pay has increased to $13 an hour this year.

Normally, seasonal pools in the city open on Memorial Day weekend, however, that wasn't the case this year.

During the recreational swim time at the Pullen Aquatic Center, eight to 10 lifeguards are needed in order for the pool to be fully operational, with all lanes open. However, Tricia Severa who's been the facility director for 20 years, says they only have half of that.

"I probably have four, plus a cashier and a manager," Severa said.

The unattended guard chairs are forcing pool employees to close down sections of the pool and limit swim lessons.

"The lack of lifeguard staff, a lot of times all of us are sitting in the guard chair just so we can either stay open or keep a section open, or keep a class going," Severa said.

Depending on the day, Severa works as the manager, the front desk as cashier or puts her lifeguard certification to use from when she was 15.

"I'm still here being a lifeguard, same as 15," Severa said.

In efforts to fill the empty guard chairs, the City of Raleigh increased the starting pay for lifeguards by $4. They will now make $13 to $15 per hour. They've also held two hiring events at the Pullen Aquatic Center.

“When people come in and they’re interested, we do the initial water test. If they can pass that, we’ll move them into the Red Cross training program to get them certified as a lifeguard. We usually only see somewhere around 30% of applicants interested in lifeguards actually make it through the certification program," Hisler said.

While they've managed to make it through winter and spring with a short staff, Severa says with the school year ending, more people will be looking to go swimming.

“A little scary as to what’s going to happen come next week with all the children out of school, and they all want to come swimming," Severa said.

North Carolina is not the only state being impacted by the lifeguard shortage.

One third of all public pools across the country are predicted to be closed this summer, according to the American Lifeguard Association, and it's only expected to get worse.

Bernard Fisher, director for the ALA, says half of pools across the country will be impacted by the end of the summer due to the lifeguard shortage.

"We’re going the wrong way is where we are going. We need to really aggressively train across the country. It's almost patriotic to come down and help your community pool," Fisher said.

Fisher says 600,000 people would need to become certified lifeguards in order to fix the nationwide shortage.

"We didn't even reach a normal training enrollment this past spring. We have only half of pre-pandemic enrollment. We thought as we approached Memorial Day weekend we would have an uptick but we didn't," Fisher said.

Beginning June 10, the City of Raleigh plans to open one seasonal pool a weekend. The Biltmore Pool and Longview Pool will be rotating weekends of operation, with one pool open each weekend.

Year-round lap pools will continue to be open daily, as staffing allows. The Buffalo Road Aquatic Center will be open for recreational swim and swim lessons with limited hours.