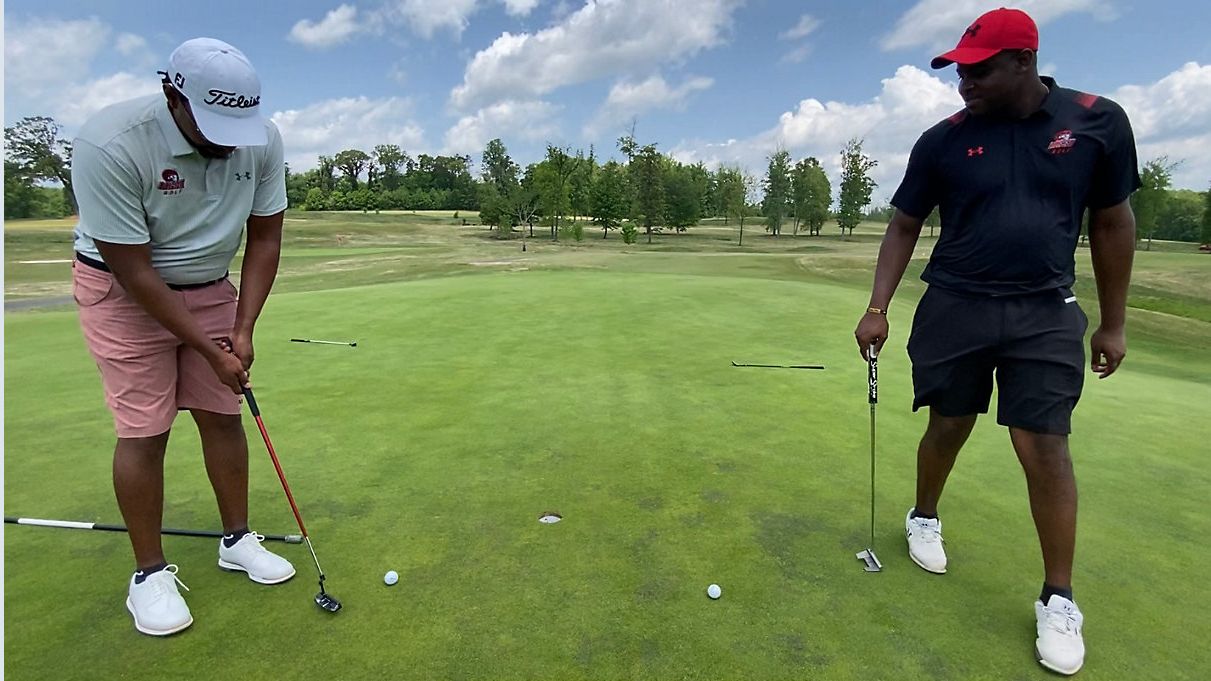 WINSTON-SALEM, N.C. — The PGA Tour has created a new tournament for students of color to bring more diversity to golf.

Kobe Wilson and his golf coach, Charles Penny, are working to keep their skills sharp for the upcoming golf season. They are preparing to represent Winston-Salem State in the inaugural HBCU Invitational Tournament in October.

The competition will bring together 18 men's and women's teams from historically Black colleges and universities. Other schools from North Carolina who will compete in the tournament include Livingstone, St. Augustine's and N.C. Central.

"It’s like a gateway, I feel like it’s going to allow more golfers of color to be exposed to different types of games, be exposed to a lot more nicer things and a lot more people you can network with," Wilson said.

“It’s a big honor because technically with us being a re-emerging program, getting in recruits that can play with these guys and compete in the Division II level," Penny said. "We’ll get to go there and be with schools that have pretty much been the trailblazers, who have been playing some solid golf."

"And now we get to play with the Livingstones, the Miles colleges and some other Division II programs,” Penny added.

The HBCU Invitational is now a part of the annual PGA Tour Champions events and sponsored by the SAS Championships.

"As a Black golfer, being able to enter those spaces I would say it would increase my drive and hunger to succeed even more, you know. We’re now officially able to access finer facilities, finer golf courses, so it’s only right that we work twice as hard and to make sure that exposure counts when you get the chance to accomplish that," Wilson said.

What this means for diversity of the game is "we’re not telling people you need to have us out here," Penny said.

"We’re just asking for opportunity to have access to courses for practice purposes and for competition that allows us to get the same kind of treatment and same type of conditions and facilities that our Caucasian counterparts have had access to all along,” Penny said.

Wilson says being a minority in the sport comes with pros and cons, but he and his teammates plan to make every swing count at the tournament.