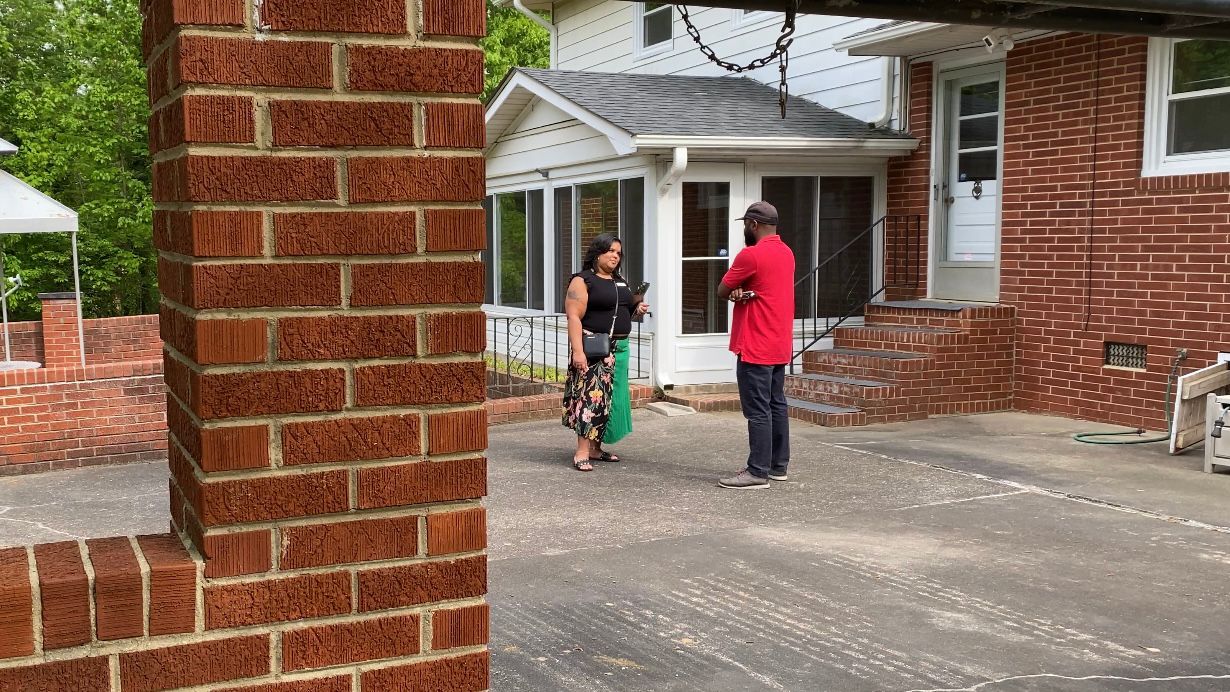 CHARLOTTE, N.C. — Housing prices have soared in North Carolina and across the nation, but that doesn't seem to be deterring new home buyers in Charlotte.

Jam-packed days are the norm for Charlotte Realtor Jasmine Parker.

Despite home sales in the Charlotte region declining 10% in March, Realtor Jasmine Parker says her client intake has tripled

On a particular day in late April, she’s driving from a client meeting in Charlotte’s NODA neighborhood to show a home in Kannapolis. The client was on the fence about a three-bedroom house, selling for $300,000, but she advised him to make an offer quick.

Home sales in the Charlotte region declined by 10.2% in March, compared to the previous year.

Parker says the calls are nonstop.

“Lenders, attorneys, my clients asking questions about the transactions,” she said.

“If you’re not available, they will miss out. These homes only last for a day or so on the market,” she said.

The Allure Realtor Group owner has worked in the Charlotte real estate industry for the last five years – she says business really picked up at the onset of the pandemic – and hasn’t slowed down.

The Federal Reserve is working to ease competition and slow down price growth by increasing interest rates. The 30-year fixed mortgage rate is now 5.27% after the Fed’s .5% hike last week.

The National Association of Realtors predicts that will jump to 6% by the end of June. They say rising prices have already priced out 11% of Charlotte households, but that’s not stopping buyers from jumping in on the market.

Despite Charlotte home sales dropping, Parker says numbers are headed in the opposite direction for her business. Her client intake tripled this year. Typically she averaged three clients at a time, and now she's juggling nine. She says a handful of clients are homeowners who bought with her before or during 2020 and are looking to cash in on equity.

“There are no hours in real estate,” she said.

Her growing workload has meant longer hours and less time for her four kids.

“I find myself - which I shouldn’t be doing - but I find myself answering real estate questions at 10:00 at night,” she laughed.

Those late-night calls and texts weigh on her.

“It does get stressful. Sometimes it is hard juggling the kids and juggling my career,” she said.

But, she said it’s a blessing, and she’s grateful for the business.

The National Association of Realtors says higher interest rates will inevitably force home sales to fall further — which will tame price growth. But, they say the Southeast region of the U.S. — including North Carolina — will remain strong, because of faster job creation.