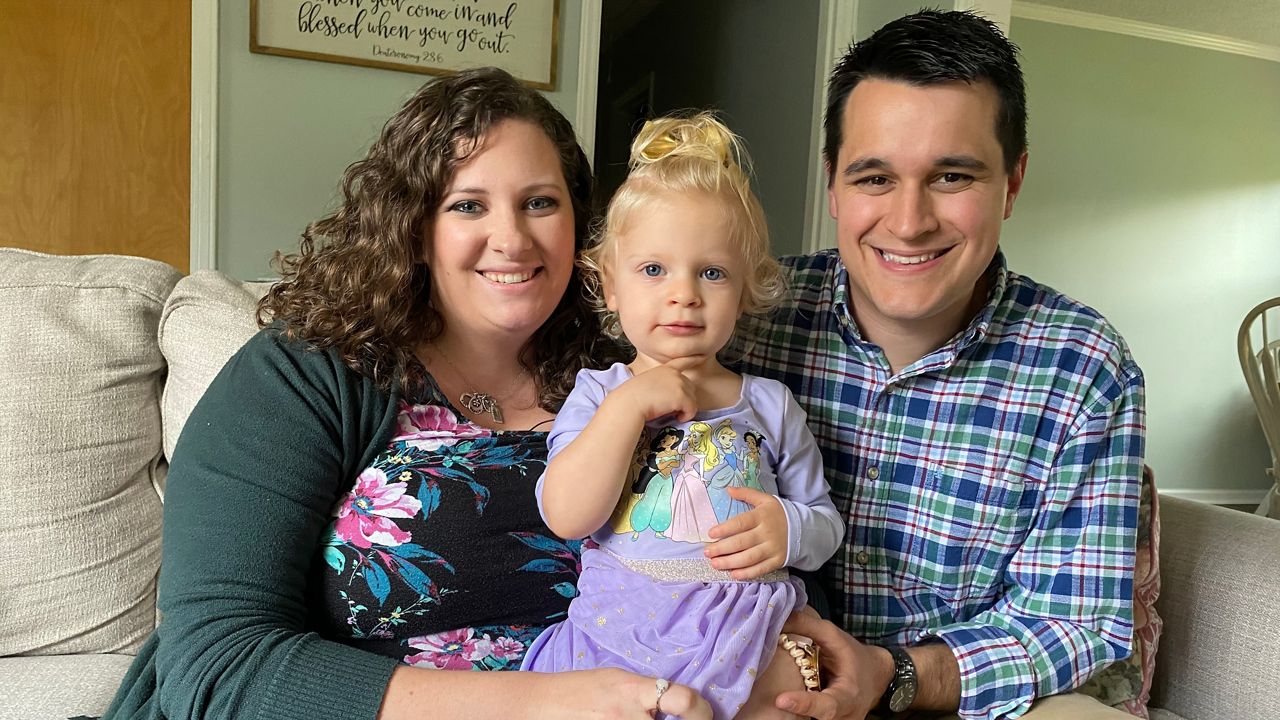 UNION COUNTY, N.C. — A couple, who struggled with infertility for years, said they didn’t always feel heard when sharing their journey with others.

Lindsey and Jacob Roberts said when they shared their infertility journey, people would often tell them to adopt

The couple said this recommendation made them feel unheard

Lindsey and Jacob Roberts married in 2014. They had trouble conceiving a child, and when they did, Lindsey had several miscarriages.

“It’s devastating because every month you get your hopes up and then dashed,” Lindsey Roberts said.

When they opened up about their infertility, some people advised them to adopt a child.

“People always assume adoption is the easy fix. It may seem like it is,” Lindsey Roberts said. “It’s not the easy fix, not just because all that stuff takes so much time and money and effort, but because you also have to take time to grieve that you are no longer going to be carrying a child in your womb and supplying life to them that way and giving birth to a child like you always dreamed that you would.”

Jacob Roberts said hearing the word adoption made him feel that people were not listening to their story and instead were trying to fix the problem.

Jacob Roberts, who is a pastor, compared their infertility journey to trying to cross a river with a strong current.

“The way I described it is we’ve been fighting for four or five years to get over this raging river. We are kind of in the middle of the rapids. We’ve done all this work. Saying ‘why don’t just adopt’ is like getting out of that river and then going into the middle of another river that is equally as hard and raging and crazy to try to get through,” Jacob Roberts said.

One little thing he said you can do to support someone sharing a similar story is listening.

“I just think listening is so important,” Jacob Roberts said.

The Robertses at one point considered a fertility treatment called in vitro fertilization or IVF. Lindsey Roberts remembers a friend who didn’t agree with their choice, making them feel bad for even considering it.

“The best thing he could’ve done is just told us he was praying for us, that he loved us and that he was listening to us,” she said.

The Robertses became parents through embryo adoption. Their daughter’s name is Evelyn, which means wished-for child.

Through this form of adoption, a couple that completed IVF donates their remaining embryos to families like the Roberts.

Jacob Roberts is grateful to be Evelyn’s dad.

“We got married in March of 2014 and [Evelyn] was created and frozen in January of 2014 and waited frozen for over five and a half years until she was implanted in Lindsey’s womb,” Jacob Roberts said.

“It gave me a chance to adopt, but it also allowed me to carry a child in my womb like always wanted to,” Lindsey Roberts said.

Evelyn Roberts is not genetically related to Jacob or Lindsey.

“There’s never been an ounce of doubt of love for our child. She’s always been ours,” Lindsey Roberts said.

Lindsey Roberts is now expecting another girl. She wasn’t an adopted embryo but conceived by them.

They call her their little miracle.

“I cannot believe it, because we were not supposed to get pregnant,” Lindsey Roberts said.

The Robertses are excited to become parents of two.

Their journey started with Evelyn, and they are happy with their choice.

“God designed life that way. There’s always a plan and [Evelyn] was always made for us,” Lindsey Roberts said.

This month, April 24 through April 30 is National Infertility Awareness Week, which aims to increase visibility about the issue affecting one in eight couples in the U.S.