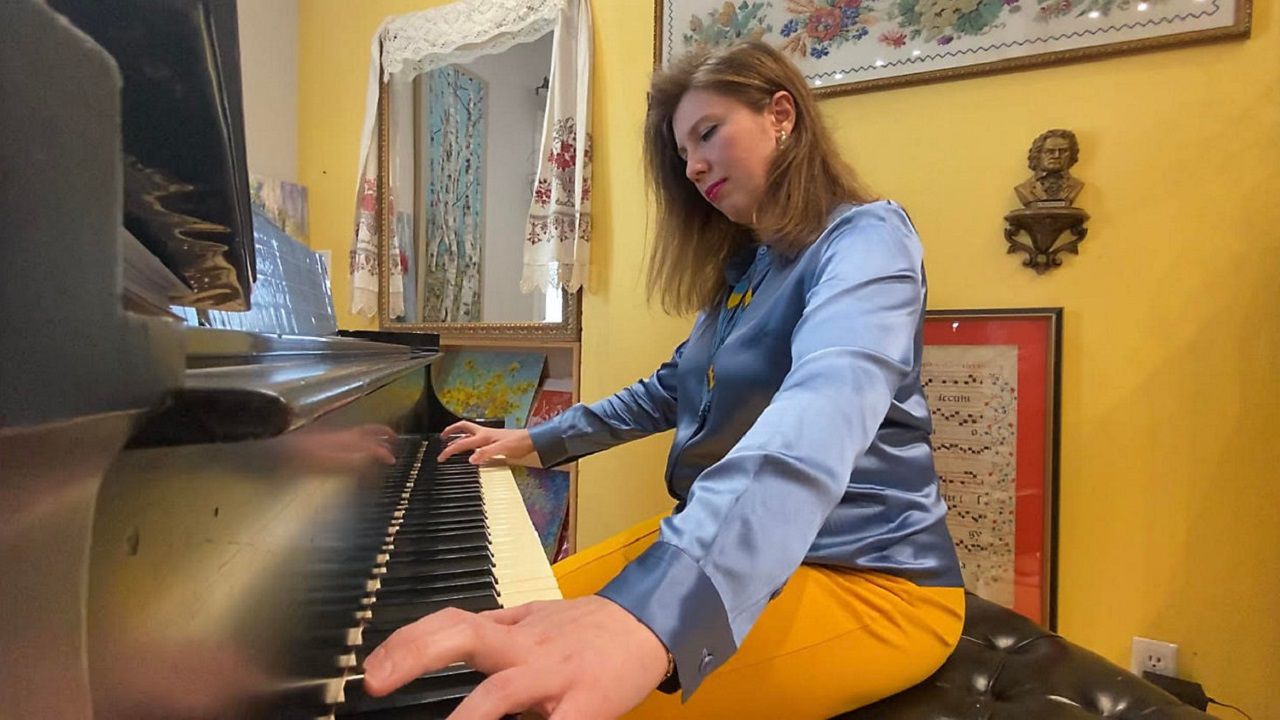 Sophia Pavlenko Chandley playing her piano inside her home.

TROY, N.C. — As the war in Ukraine devastates her home country, a musician who now lives in North Carolina is planning a benefit concert not to just raise money but to also to keep the invasion of her people in the forefront.

Sophia and Paul Chandley are both musician artists

Music brings strength to Sophia Pavlenko Chandley, something she needs a lot of right now.

“All my life music is the only thing I ever wanted to do,” Chandley said.

She and her husband, Paul, are planning for a benefit concert later this week. They live in Troy, but she is from Ukraine.

“Heartbreaking, right now, because all the cities I grew up visiting and playing, and all my musician friends live in those places I remember from my childhood and student years, right now are under siege,” Sophia Pavlenko Chandley said.

Chandley has a mixed heritage of Russian and Ukrainian. So, she’s felt torn since 2014, when Russia invaded and annexed Crimea.

“In the year 2014 that was our baptism by fire, basically Russia tried to force their own politics on Ukraine,” she said.

“At the moment there is no bombing in Kyiv, but we are all sitting on pins and needles because there are rumors of a second invasion,” Chandley said.

She doesn’t want the war to fade from the headlines.

“I feel privileged to be able to do this for my country, because my friends who are musicians, they can’t, so I have to do this on their behalf,” she said.

Chandley and her husband have already donated their life savings to help the troops of Ukraine.

The Chandleys will host two benefit concerts on Friday and Saturday. The first is in Winston-Salem and the second at Montgomery Central High School auditorium in Troy.

You can click here to find more information. If you want to send a donation you can make it at the Paul and Sophia Foundation with a memo saying for Ukraine Support.