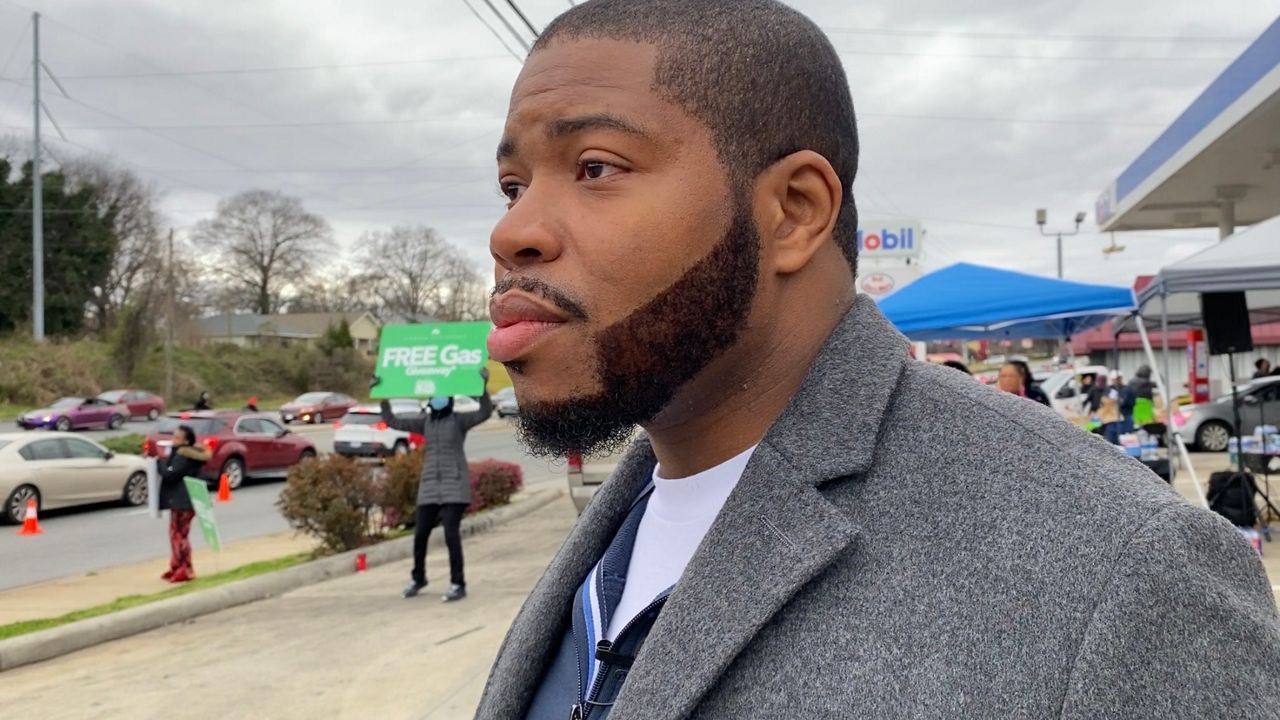 CHARLOTTE, N.C. — Running out of gas is a feeling Pastor Brian Carn says no one wants to have.

“Whenever people have to make a choice between gas and children going to school or eating, it’s a real tragedy,” he said.

What you need to know

Gas prices statewide approaching record highs sprang him into action Saturday. He gave away $10,000 worth of free gas to drivers on the west side of Charlotte.

Raised by a single parent who prioritized their Christian faith, he’s been praying for as long as he’s been talking.

“Every day. Literally, we were in church every day,” he said.

He says becoming a pastor wasn’t really a choice.

“I didn’t have no inspiration. The Lord called me,” he laughed.

He started preaching at 12 years old. When he steps in and out of Kingdom City Church, he does it with purpose.

This weekend his purpose was handing out $35 gas cards, all while putting smiles on people’s faces.

The $10,000 donation came directly from Carn’s pockets. He says he’s just following his purpose and the example set by a higher power.

“Well, Jesus fed them and then he ministered to them. So, right now the food is gas,” he said.

He says pastoring may not have been his choice, but he’s glad it’s his calling.

Kingdom City Church provided gas to more than 300 drivers, and also gave away groceries and gift cards to families in need.